Living alone during the pandemic has been difficult for Kathryn LaRoche. So when her 20-year-old cat passed away, she decided she wanted to open her home to another older animal.

“It was a really heartbreaking experience, but made me realize how great senior pets can be,” LaRoche told The Dodo. 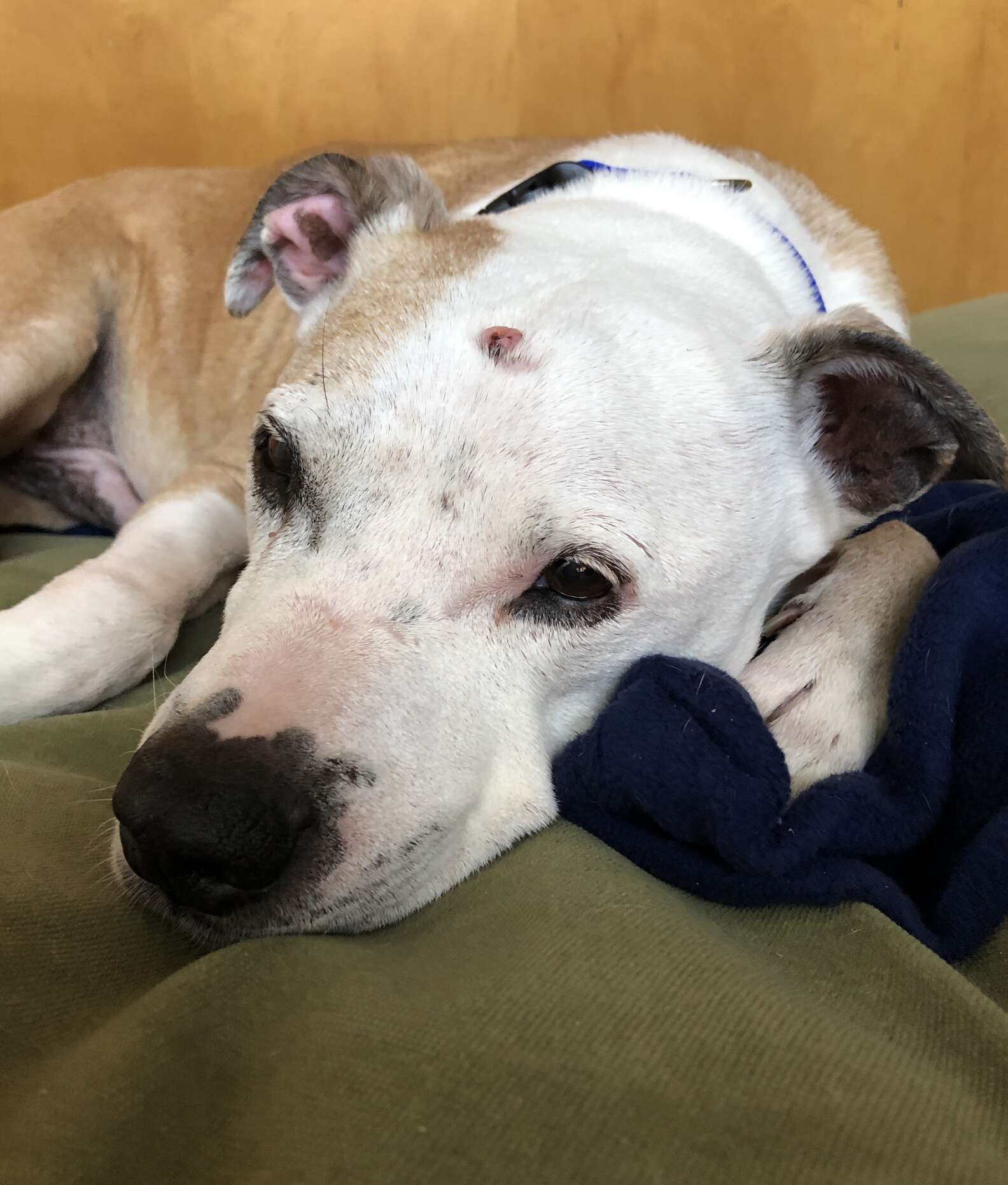 Browsing the Indy Humane website, she came across Sonny. The 16-year-old dog had been found as a stray on the streets of Indianapolis, and though he was microchipped, all attempts to contact his original owners had failed.

LaRoche immediately fell in love with his sweet gray face and knew that his age could make it difficult for him to find another home. So she decided to go to the shelter and meet him. 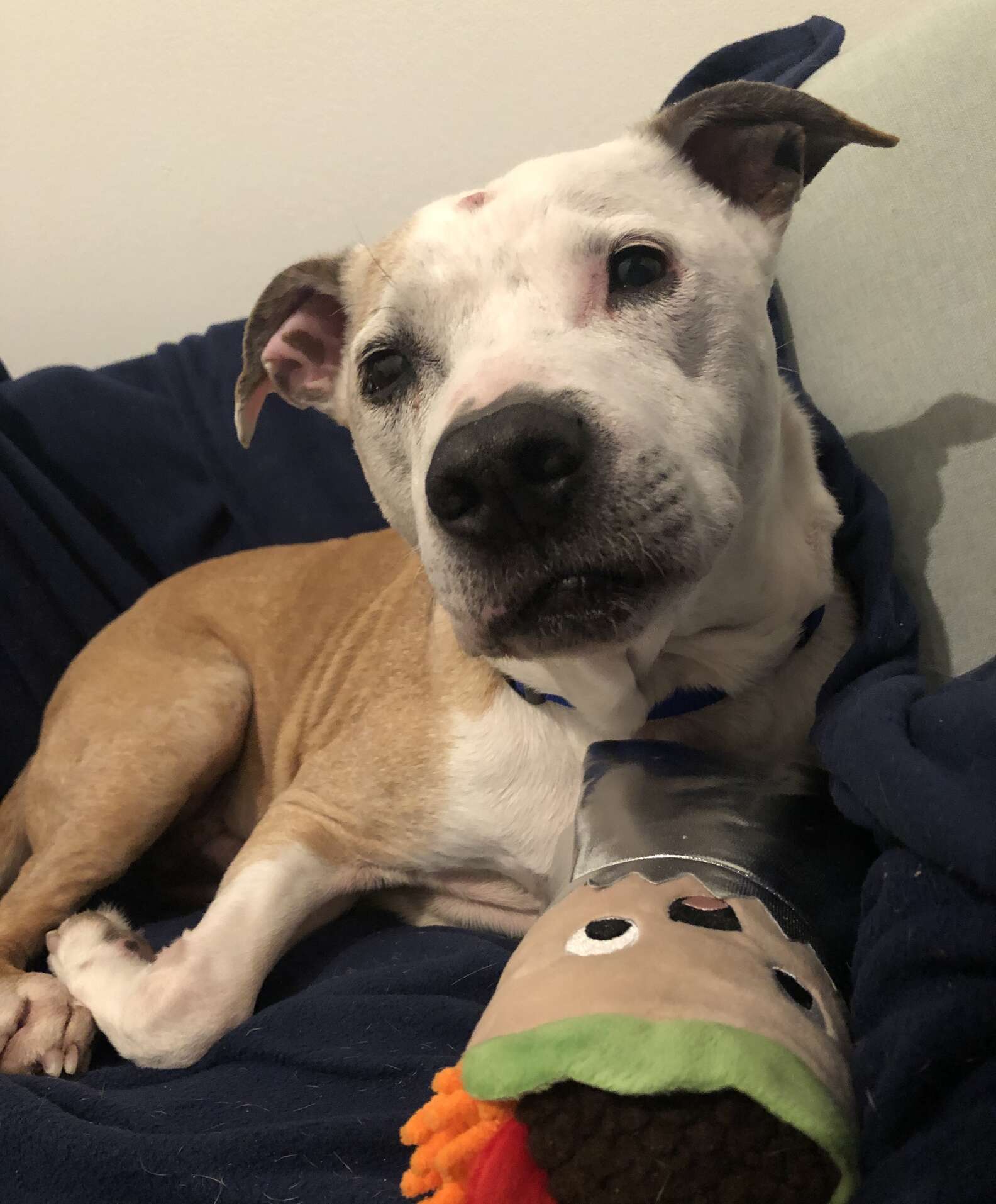 “I spent the days before the meeting making sure I had everything ready for him at home,” LaRoche said, “so that if he did come home with me he would have beds and toys.”

When the day came, LaRoche walked into the shelter and asked to meet their oldest resident. The shelter volunteers brought Sonny outside and, from the second LaRoche saw him, she knew he’d be coming home with her. 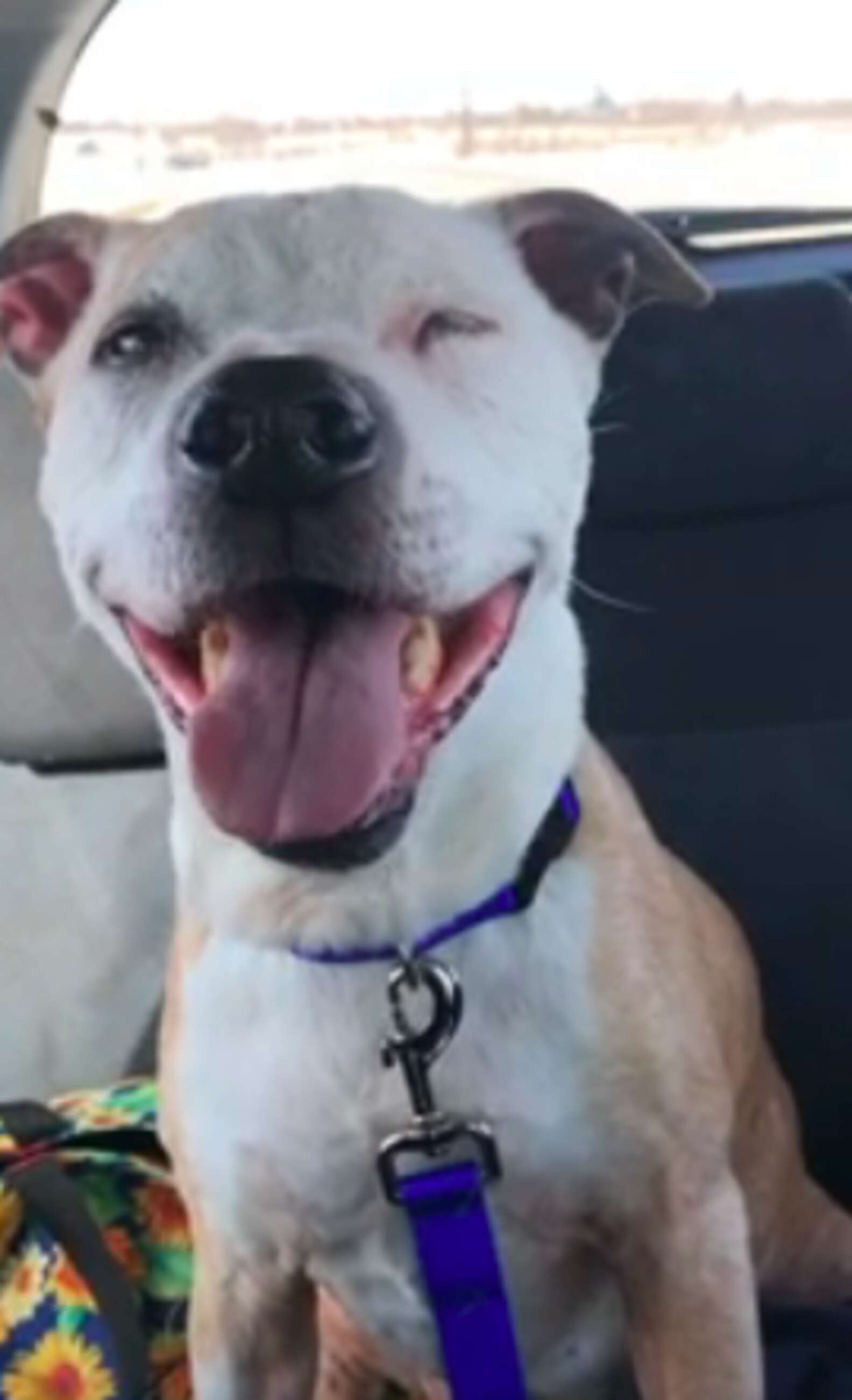 “They said I could spend about 30 minutes with him to make a decision, but I went in to fill out the paperwork after five,” LaRoche said. “I could tell he was a bit nervous meeting new people, but he was just such a happy, easy-going old guy that I knew he’d be perfect for me.”

In his new home, Sonny wants to be as close to his new mom as possible.

“He did make it very clear from the first night that he wanted to sleep in the bed with me under the covers,” LaRoche said. “So although I hadn’t originally planned on him being a bed dog, he is one now!” 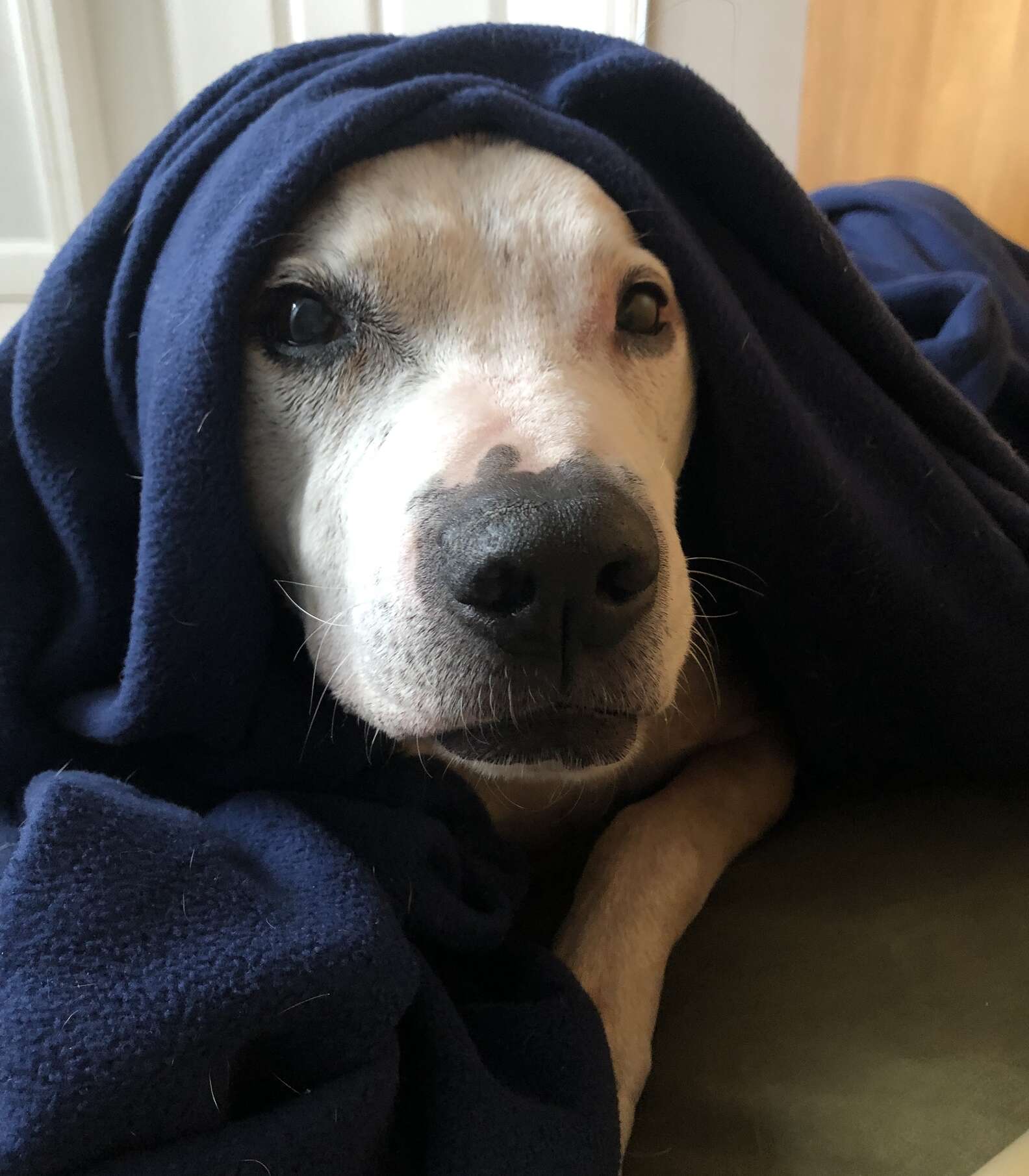 Though Sonny is a laid-back senior, LaRoche has enjoyed watching his fun-loving side come out. He’s started to play with his new toys, and anytime he sees his winter jacket come out he gets excited to go on a walk.

And Sonny makes sure to show his mom just how much he appreciates her. “It’s only been a few days, but I can tell he’s already starting to trust me more and he has become super cuddly,” LaRoche said. “He always wants to be in the same room as me.” 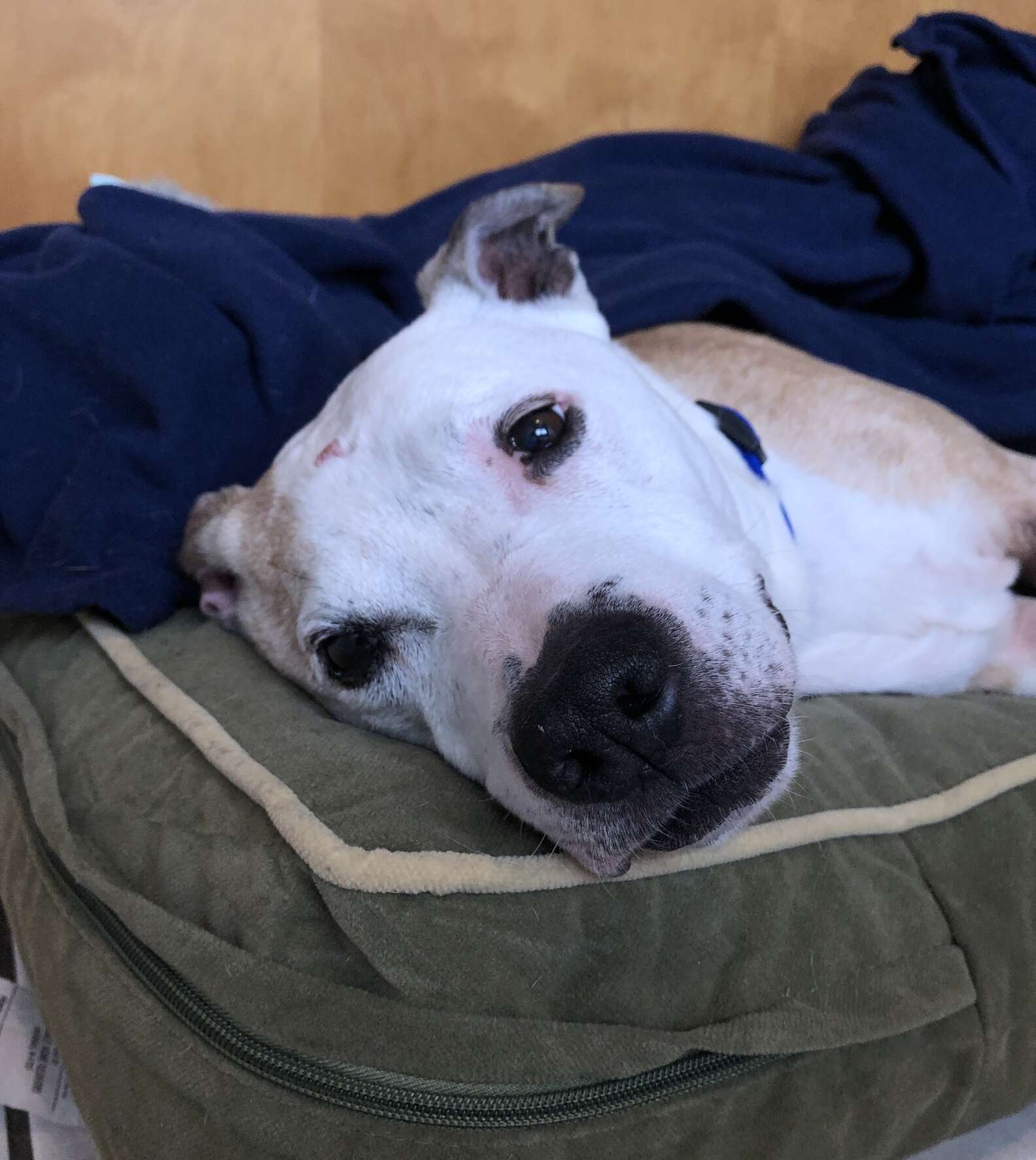 Things have worked out better than LaRoche could’ve imagined, now that she and Sonny have each other.

“He honestly seems like a dream dog and I can’t believe I got to bring him home,” LaRoche said. “He still has so much love to give and I feel really lucky that I get to spoil him for the rest of his days.”

To help other senior dogs like Sonny, you can make a donation to Indy Humane.

Bull Terrier Loves To Play On Backyard Swing, But In Her Own Way

Starving Dog Left To Die By Her Owners Becomes A Firefighter

Rescued Baby Aardvark Thinks She’s One Of The Dogs

Cat Adopts Orphaned Baby Hedgehogs And Raises Them As Her Own