Terriers Annabelle and Jacques are siblings and best friends. In January, 2016, a chilly rescue proved how strong their bond really is. When their mom was taken to the hospital for a medical emergency, the two panicked dogs escaped their Orange, Massachusetts home in the confusion.

Somehow, poor Annabelle got trapped under a downed tree in the nearby woods. Jacques knew he had to do something to help his best friend. The little terrier ran up an embankment and barked at a nearby police officer. Christopher Bisceglia had been out looking for the dogs when Jacques found him. 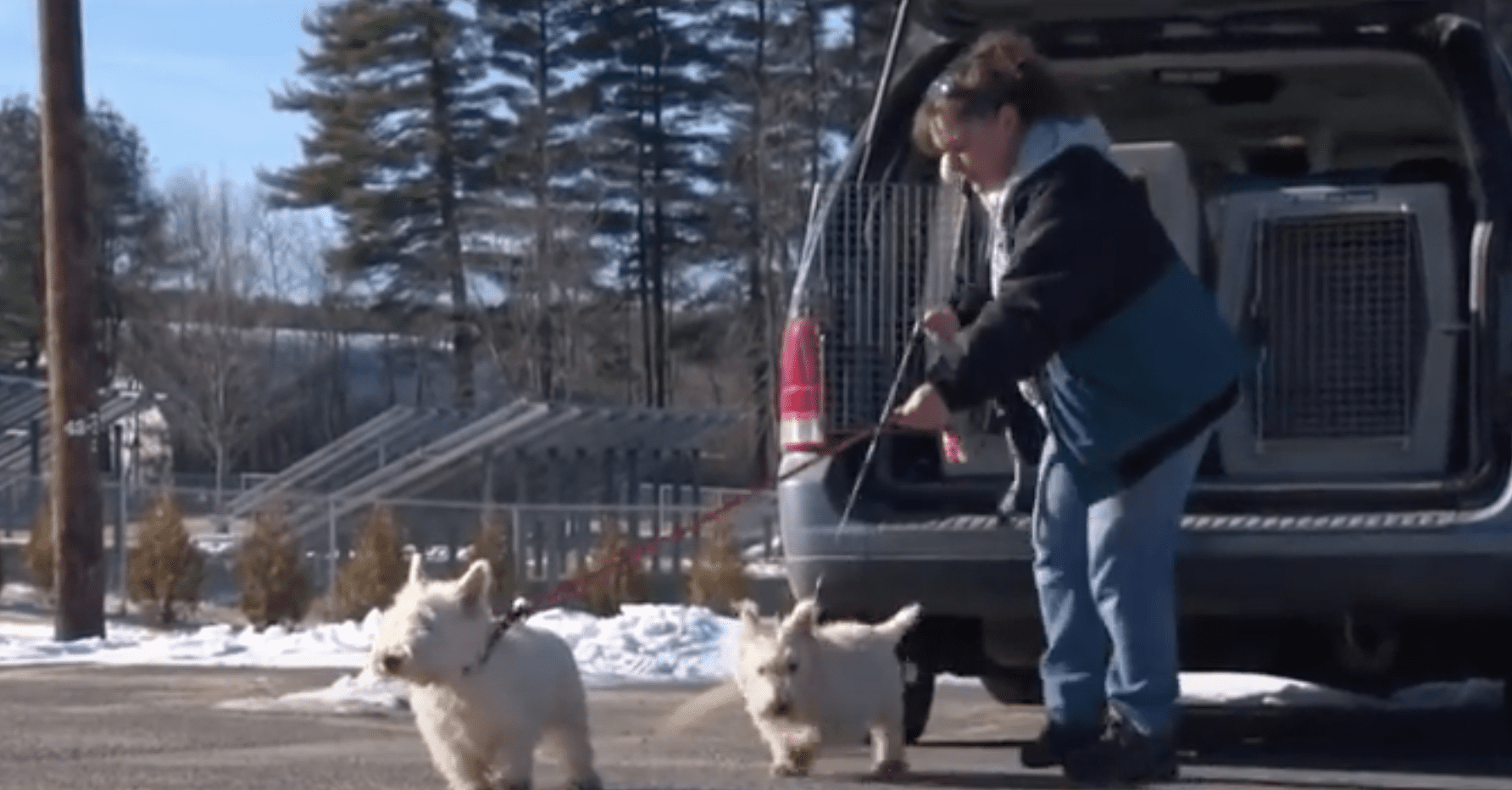 Bisceglia noticed Jacques’ desperation. Clearly he had something to tell him.

“He’d bark, he’d come toward me, and then he’d run away. And he continued to do this.”

Eventually, Bisceglia was able to figure out what the little dog meant.

“He got close enough and I ended up hearing the female terrier, who was down the embankment stuck on a downed tree.”

Annabelle had slid 30 feet down the ice and gotten trapped. Jacques led rescuers right to Annabelle, and they successfully freed her. Fire crews had to use a ground ladder to reach her. 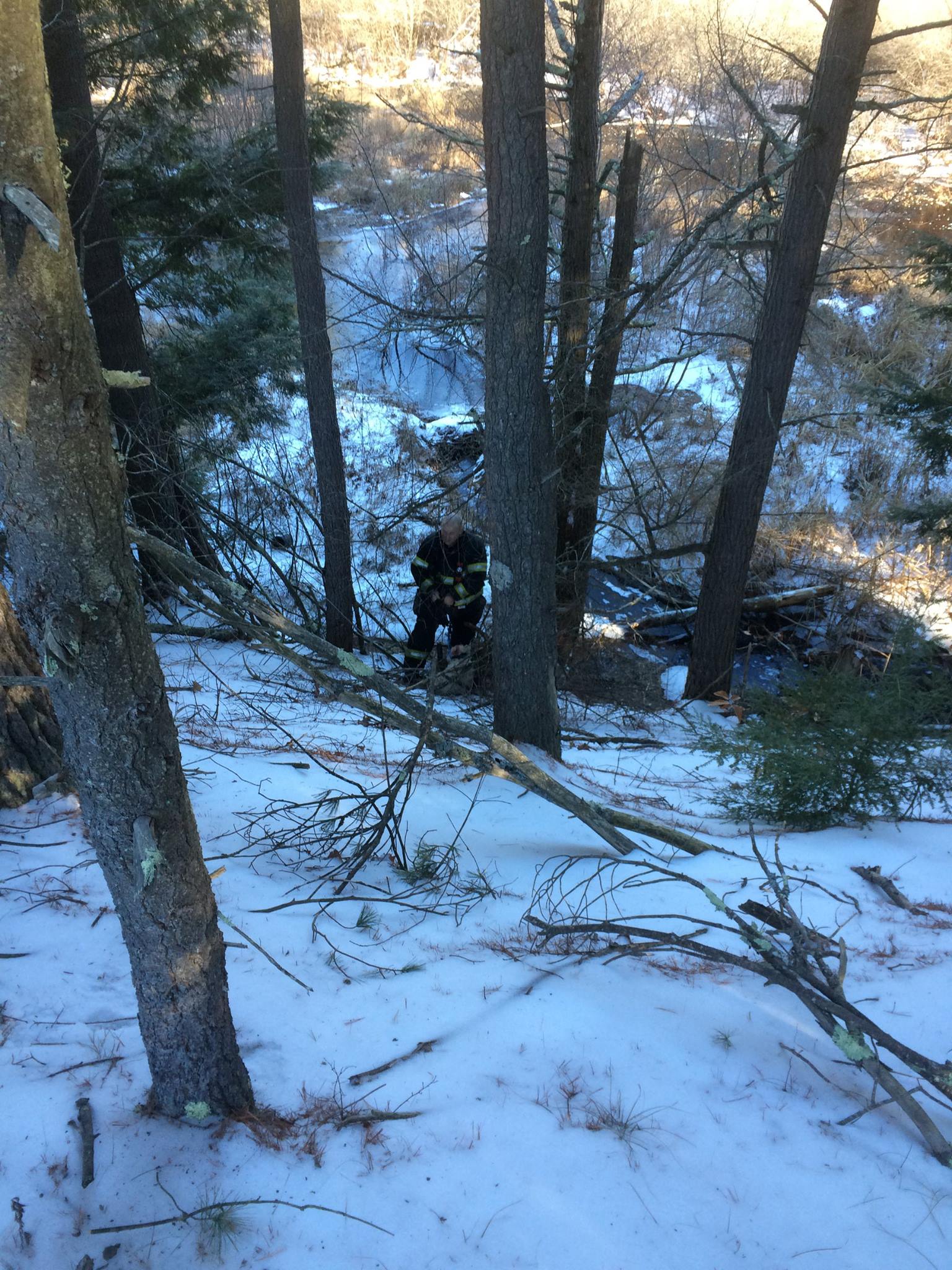 Without a doubt, Jacques saved his best friend with his actions (and barks.) The Orange Police Department shared on Facebook:

“Apparently, any dog in the right circumstance can turn into ‘Lassie!’ Nice work by all involved.” 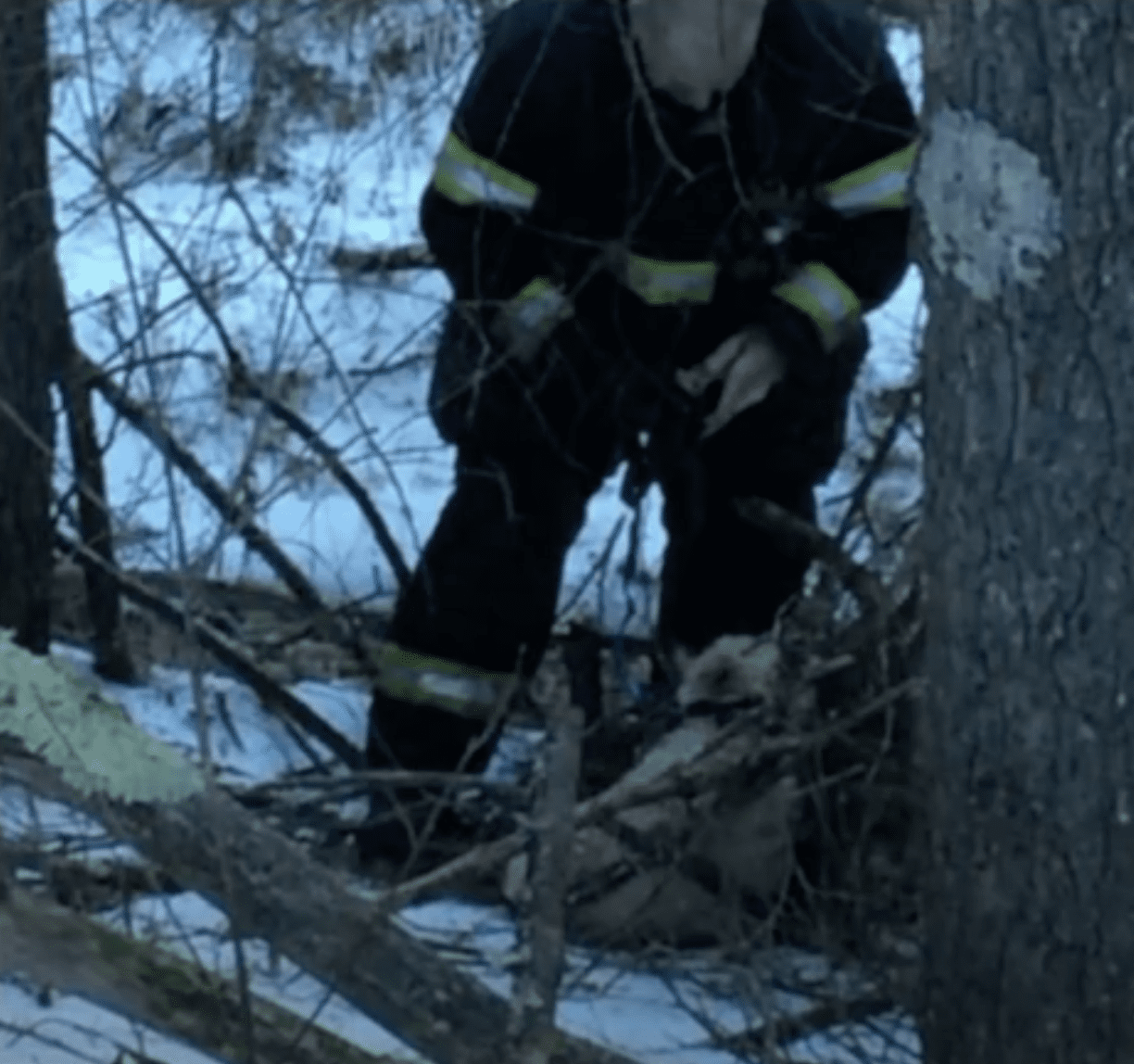 Following Annabelle’s rescue, both dogs were taken to a veterinarian to be checked out. Police also confirmed that the dogs later returned home and were with their mom again.

In addition to Jacques’ alerting, Annabelle’s rescue was a collaboration between the police, fire department, and animal control. Both local residents and animal lovers across the country took to social media to thank these heroes.

“Great work Officer Bisceglia, both for going back to look for the dogs, and for knowing that the first dog was trying to tell you something instead of just running away. The dogs and their owner are very lucky that you cared enough to go through the extra effort.” – Sydney Acres via Facebook. 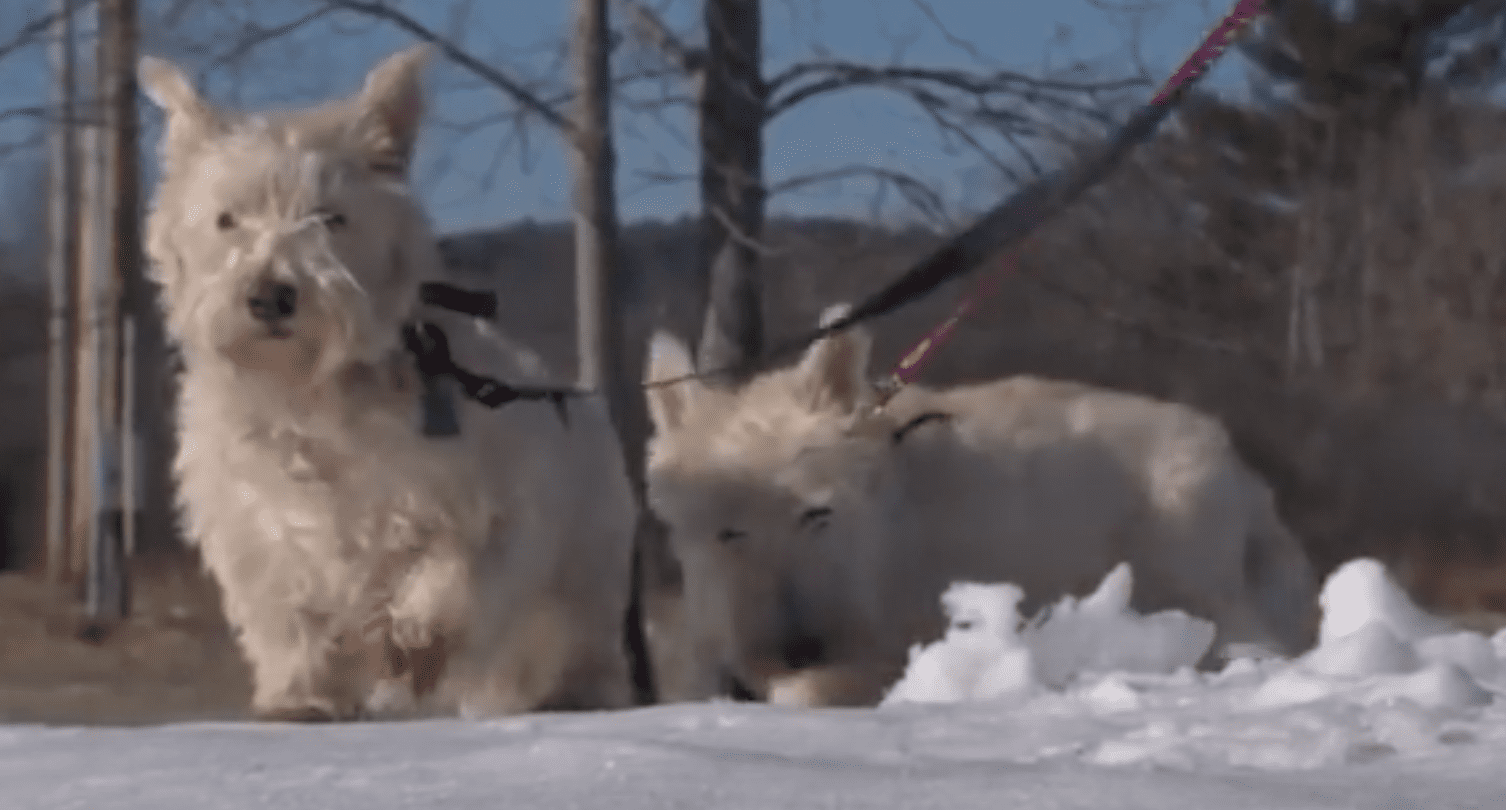 “Thank you for caring about these 2 dogs!! They are family to the patient!! Great job!!” -Rebecca Powers via Facebook

We can all agree dogs are worth the effort.