Cats are one of the most adorable creatures on Earth. They are worthy of affection and care, but it is a sad fact that not every cat in this world is lucky enough to have a beautiful life in the first place. Pitifully, some of them even have no chance to see the light of life, they just hopelessly struggle to survive without knowing how the tomorrow will be. Fortunately, there are always kind-hearted heroes who are willing to give these poor creatures a hand. The blind kitten in this story is an example. 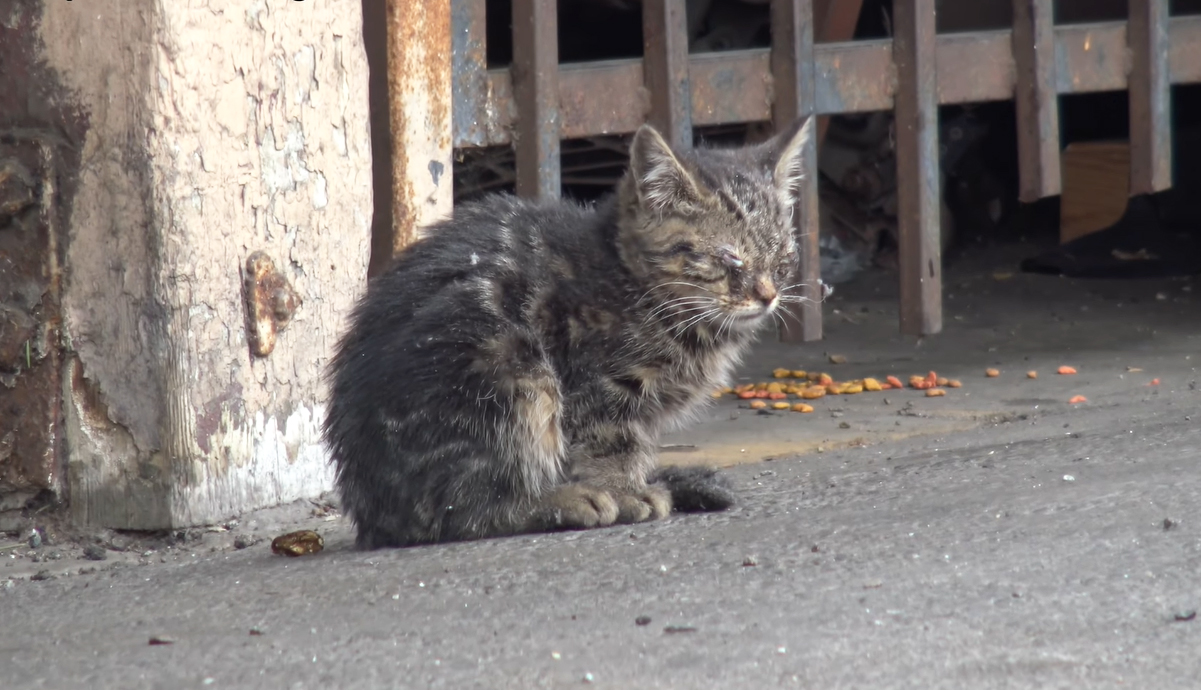 Hope For Paws received a call for help saying that there was a blind cat sitting in a parking lot. The rescue team immediately headed out to the scene. Here they saw the cat and it looked like she had a serious eye infection. The kitten couldn’t open her eyes, she just sat silently in her spot and easily let one of the rescuers pick her up. There were a mom cat and two other kittens, too. So the team promised that they would turn back to rescue all of them later. 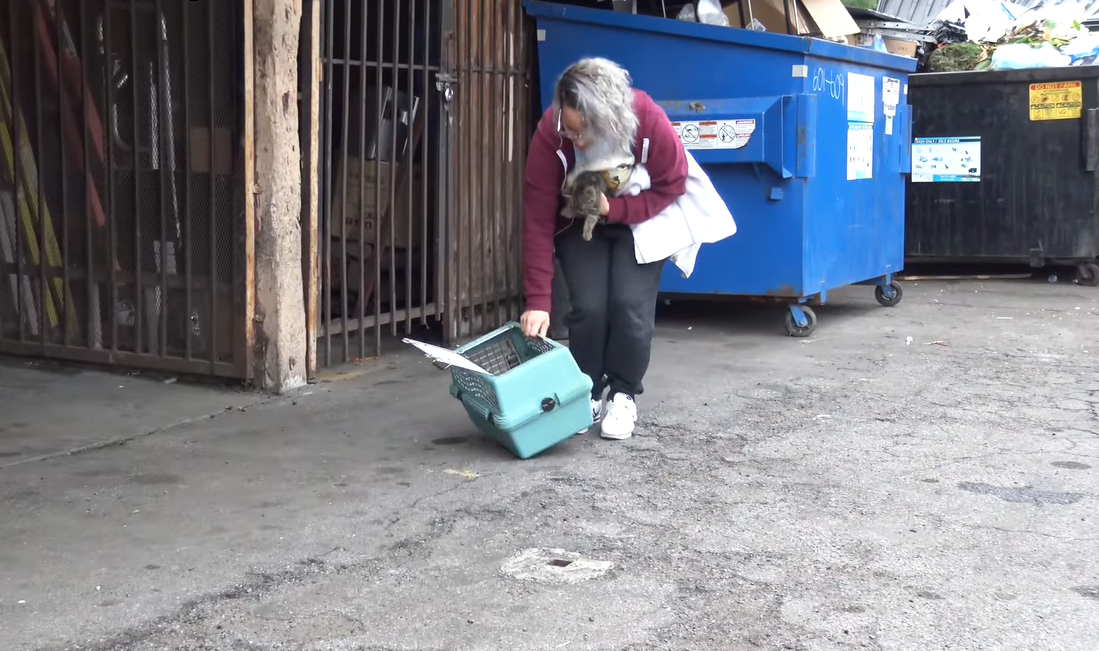 They named the blind kitten Kenshi. Since her condition was not good, the team decided to go to the hospital right away. It was so sad that they couldn’t do anything to save her eyes, and she was scheduled for surgery to removed both eyes.

After cleaning up her body, they helped her eat at first, and then it seemed like she could smell the food that she started to eat by herself. On the day of surgery, she was so calm during the process. And the operation was beautifully successful. 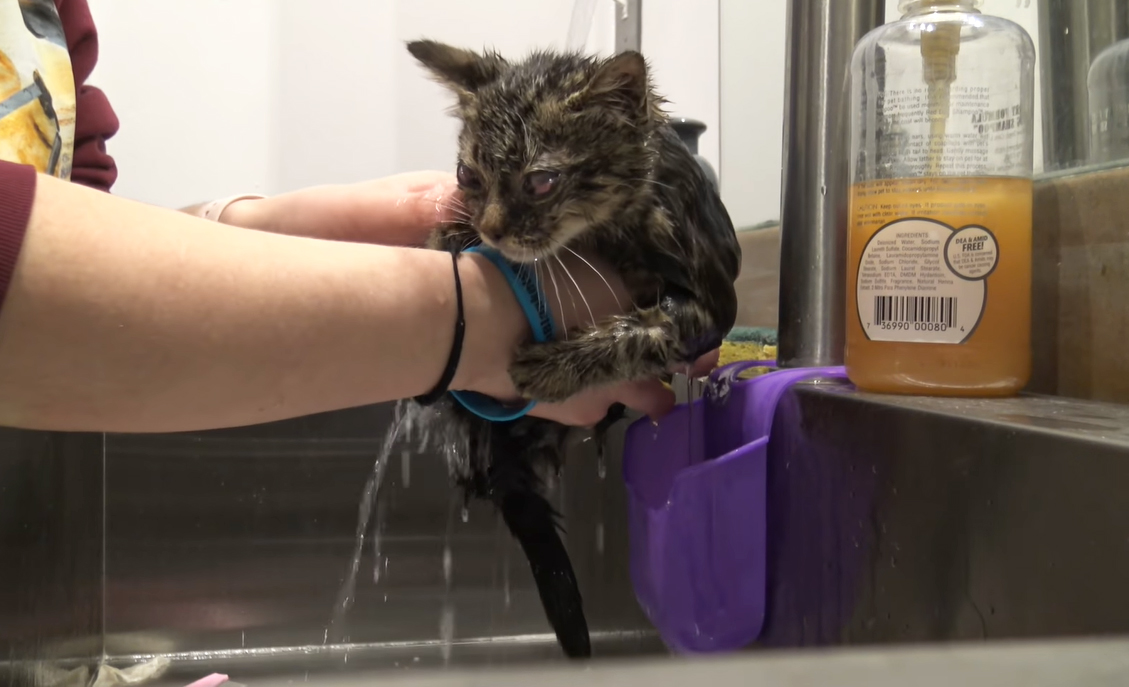 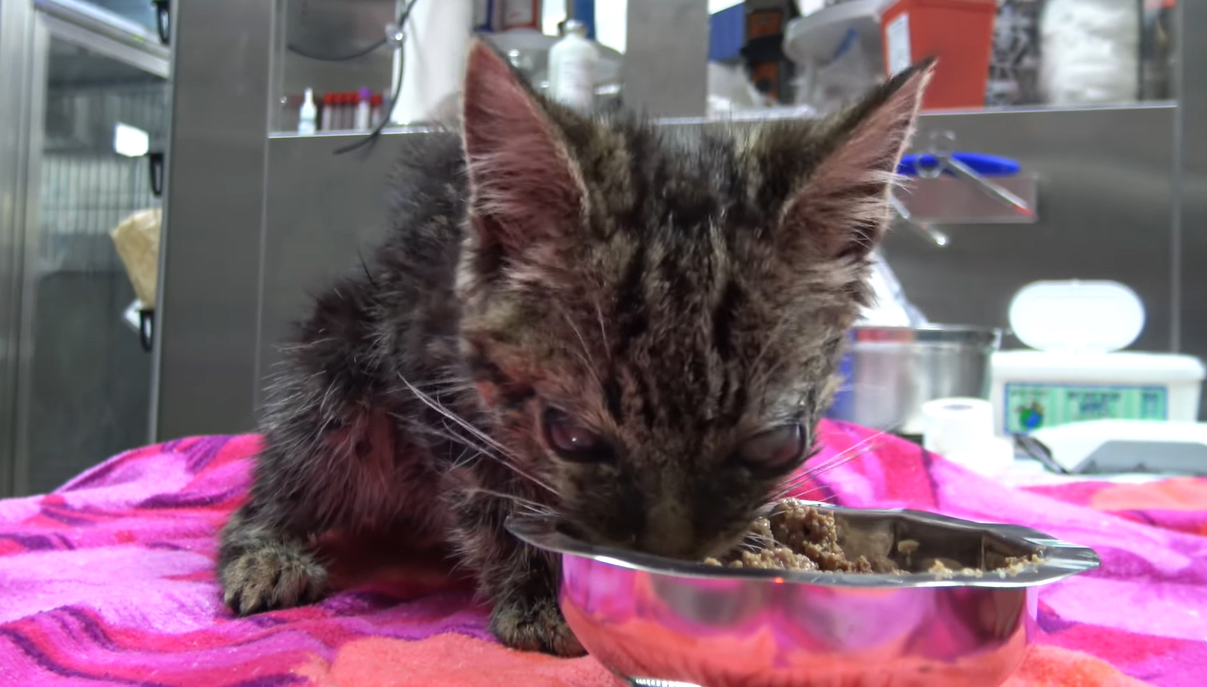 Two days after Keshi’s rescue, she could reunite with the rest of her family. Her brothers Raiden and Kung Lao were both healthy and ready for adoption.

Kenshi was adopted to a home with a new name Cherry. Although her eyes were lost, she still could sense everything around her and play joyfully. She had a friend called Charlie who was also a blind cat. They got along so well with each other. 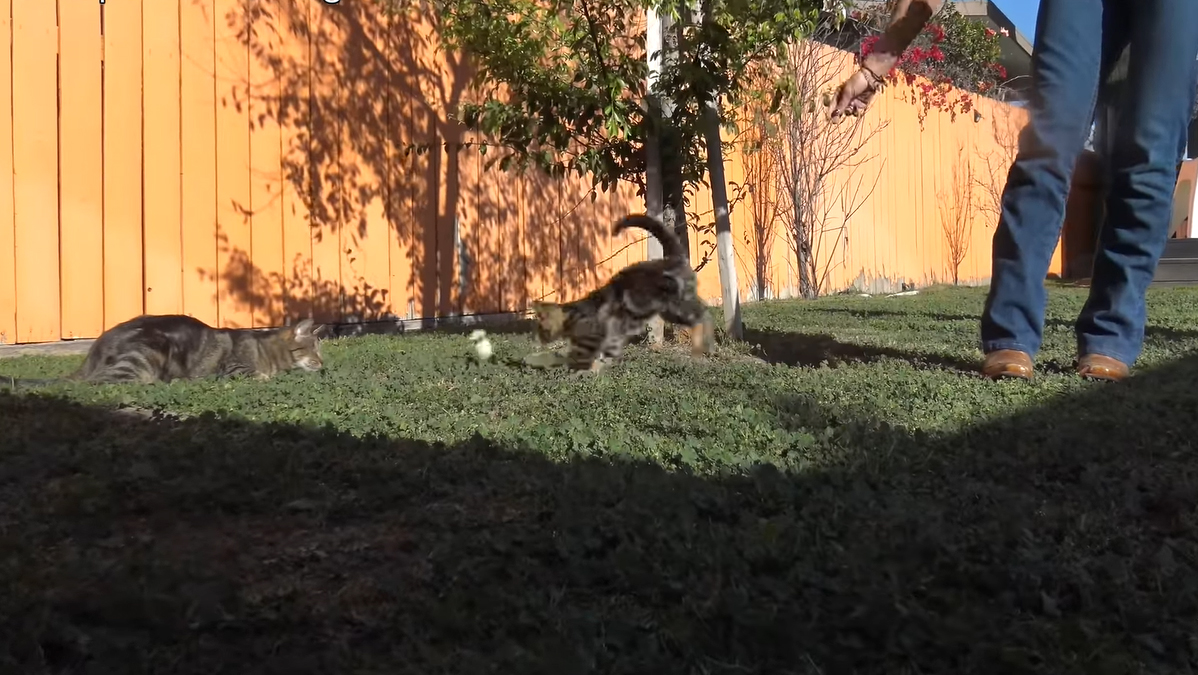 It was extremely hard to have a life of blindness, but the precious kitten was so brave to overcome her unlucky situation. She now could enjoy her normal and happy life in a forever loving home.

Please share this story with your friends and family members.

10+ Cute Animal Intruders Who Will Make Your Day Brighter

These Unphotogenic Cats Are Taking The Internet By Storm, Their Photos Are Hilarious!

This Korean Café Lets 100 Rescue Cats Roam Free Around You