Dogs really are a man’s best friend. And they deserve to get good treatment. But sometimes, things don’t turn out the way we want. You can still find many people out there that abuse their animals. These people abandon their animals or leave them to starve. The story below may break your heart told about 8 dogs who were left outside when the record cold temperatures hit the Houston area. It’s heart-breaking. 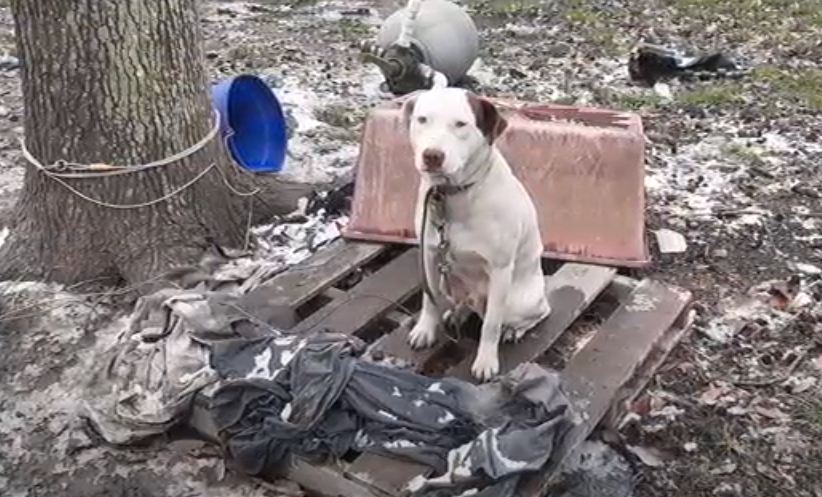 While the dogs were left in cold, the Harris County Animal Cruelty Taskforce was warned of the unscrupulous act. Thanks to the animal lover neighbors who called for help.

After receiving the call from kind neighbors, Deputies with the Harris County Sheriff’s Office and Harris County Pets immediately came to the destination to search for the animals.

The dogs were found exhausted, shivering, and starving.

After checking on the dogs, the staff found how brutally they were treated. They had to cope with the giant winter storm without any access to the shelter.

The animals were diagnosed with malnourishment. Moreover, one dog even had a broken jaw. After a quick check, the dogs were brought to Houston Humane. 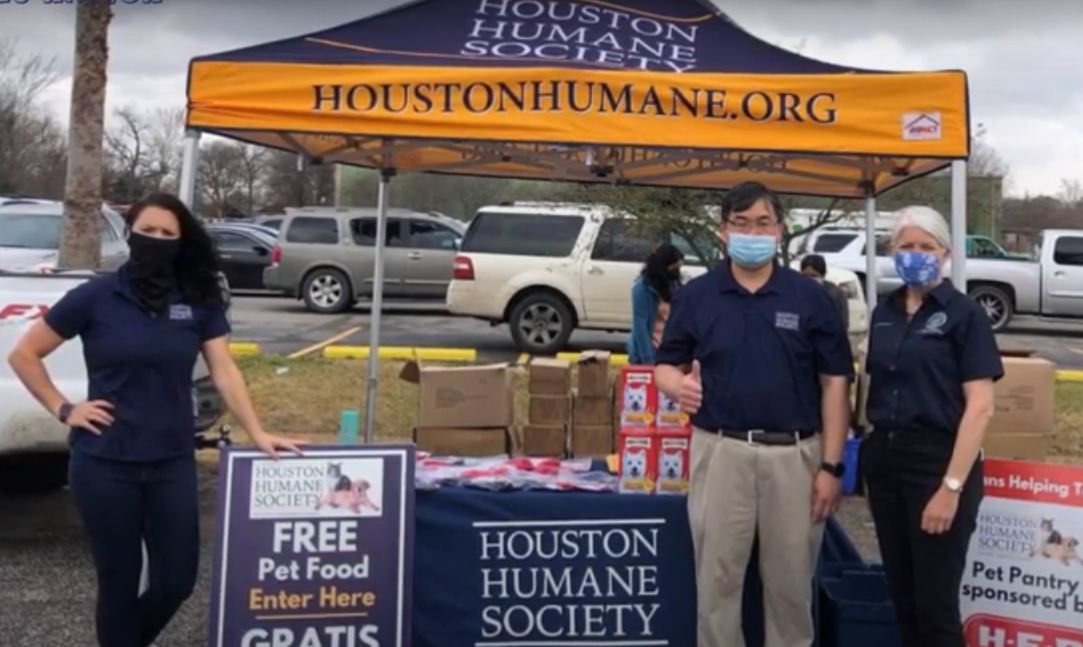 In the loving shelter, the animals had enough food and got treated with urgent health care. After filling in their stomach, they got a warm nest for a full sleep. Although they recovered, the shelter staff worried that not all of them were out of danger. 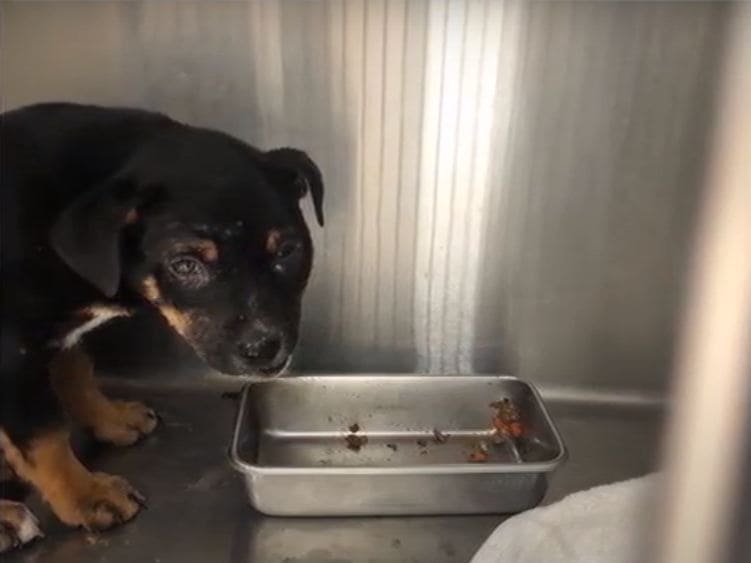 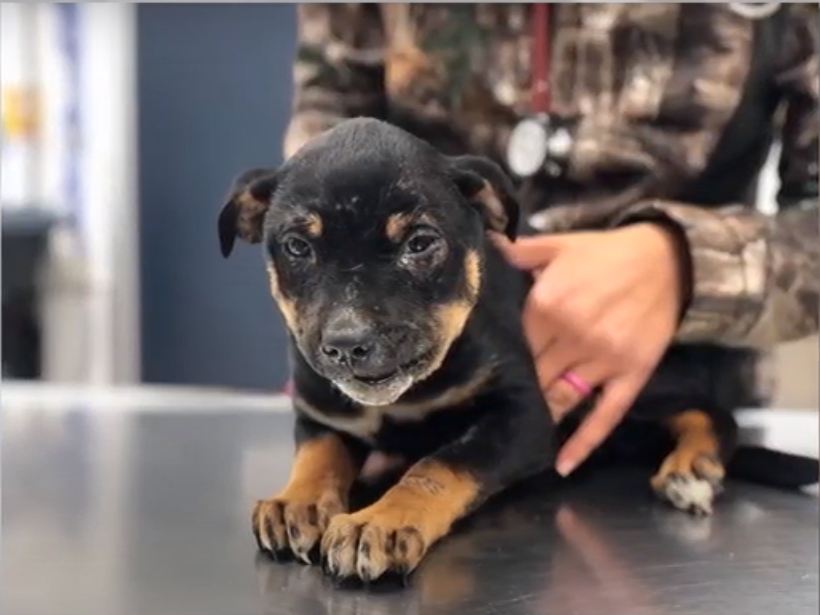 Winter has always been the time of nonstop work for rescuers since the number of animals facing dangerous temperatures increases unceasingly.

“Unfortunately, we expect more pets in need to walk through our doors as Harris County Animal Cruelty Taskforce law enforcement officers continue working day and night to check on any pets left outside in dangerous conditions throughout this winter weather situation,” the organization stated on Facebook.

Soon, the dog owner has been arrested and got accused of abandoning animal abuse. 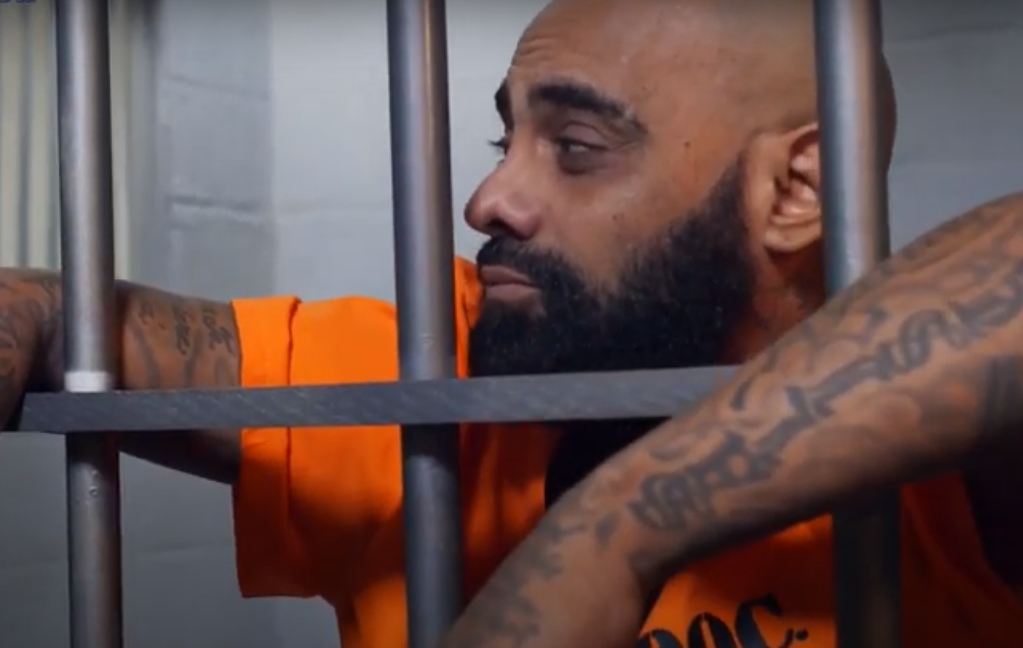 It was a miracle that someone saw the dogs and was willing to help them when they needed them the most. Who knows what would happen to those poor dogs if the Houston Human Society didn’t intervene in time?

What can you do if facing the same situation?

If you notice animals who were abandoned, especially during extreme weather, please call the local police, the human society, or animal rescuers. We hope all animals have the warm and loving home that they deserved.

Watch the video below to know more about these puppies:

Please SHARE this touching story with a happy ending with all your friends.

Woman Came Across Injured Stray Dog While Hiking, And Now They Are Inseparable

Abused Dog Who Used To Think He Didn’t Deserve To Live, Determinedly Overcomes All The Odds To Become A Happy Dog

20 Senior Dogs Who Are Enjoying Their Well-Deserved ‘Retirement’

Cold And Hungry Dog Waits Patiently For Someone To Save Her