This pitbull puppy’s story is a true “Miracle.” Get the tissues ready.

Officer Jason O’Neal was called to a community dumpster in a housing complex in Georgia early on Christmas morning.

A resident heard what sounded like crying coming from the dumpster while throwing trash away and immediately called 911.

O’Neal, who is a patrol officer with 13 years of experience also heard the same whimpering sound. 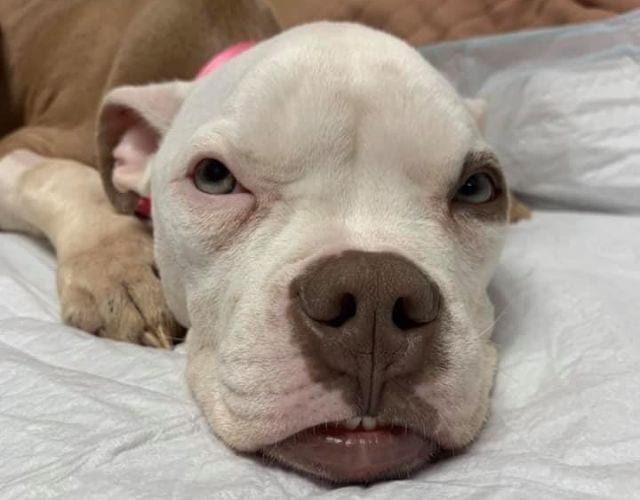 “It literally scared me,” O’Neal tells Daily Paws. “It was that eerie of a sound.”

He inspected the dumpster and found a trash bag with a pit bull puppy and a blanket inside.

Since the temperature that day was as low 24 degrees (-4c), O’Neal feared the worst.

“When I got her out of the trash bag, she was literally frozen.” he says. “I just immediately started rubbing her down to warm her up. You could tell she had not been fed for a while and was almost to the point of death.”

The police officers were stunned at the devastating reality this pup faced and knew they had a small amount of time to get her the help she needed. 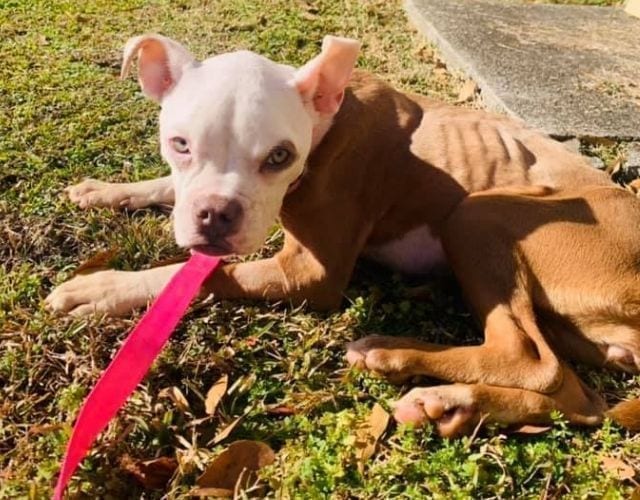 They rushed the poor doggo across town to the Atlanta West Veterinary Hospital, where she was seen to by a team of vets.

“It was Christmas, but luckily there were some workers there taking care of some dogs so they went to work on the dog and were able to save her life.”

O’Neal says that when they checked the dog’s temperature, she was too cold for it to even register.
The poor abandoned pup was left dehydrated, extremely underweight, and suffering from complications that come with being malnourished.

They feared that she wouldn’t make it, even with the immediate treatment she was receving.

After a series of life-saving efforts, including an emergency blood transfusion, it was looking like the pup would pull through.

By this point, O’Neal knew he was going to take her home, and he knew what her name would be.

After spending a few days in the hospital with around-the-clock care, she was ready to step into her new life.

“My kids immediately fell in love,” O’Neal says. “She’s done something to this household. It’s crazy.” 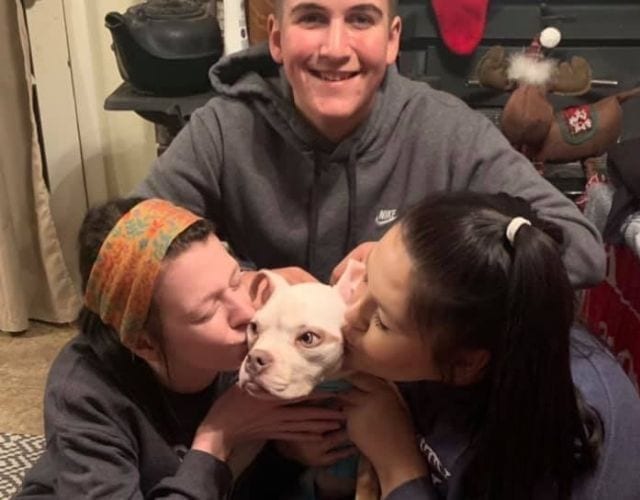 The family maintains an active social media presence dedicated to Miracle with tons of adorable pictures and updates.

They’ve received support and encouragement from people all over the world touched by Miracle’s story.

Man Creates ‘Stick Library’ For All The Dogs At The Park