Meredith and her siblings were found outside in the rain, soaking wet and in desperate need of help. They were only around 3 weeks old and already incredibly sick, dealing with upper respiratory infections, eye infections and parasites, when they arrived in the care of Foster the Furbabies. 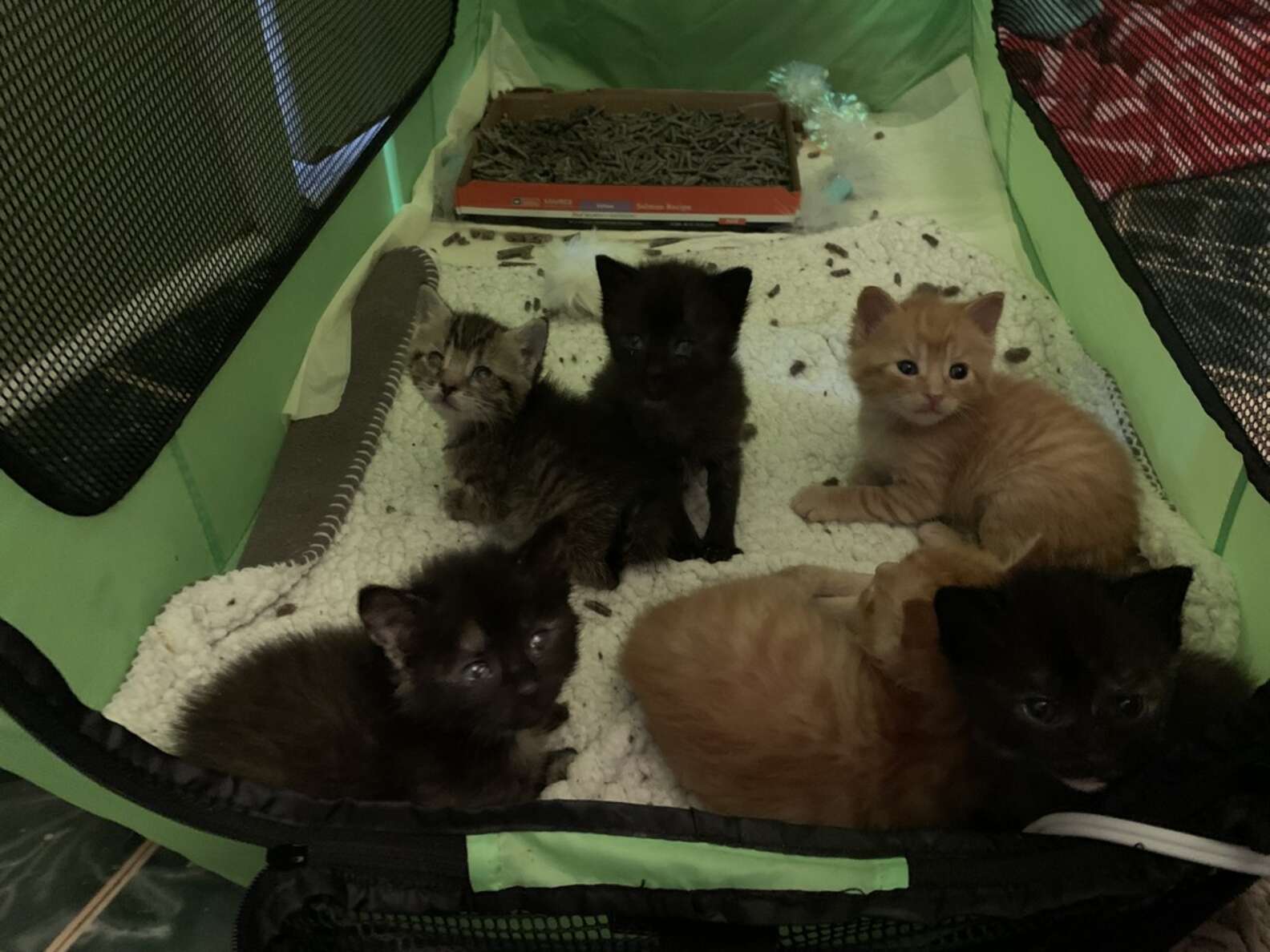 “Meredith was the runt of the litter, and we weren’t sure if her or her siblings were even going to make it,” Gianna Cirucci, co-founder of Foster the Furbabies, told The Dodo. “Thankfully, they all thrived while in our care, but it definitely did not come easy for Meredith.” 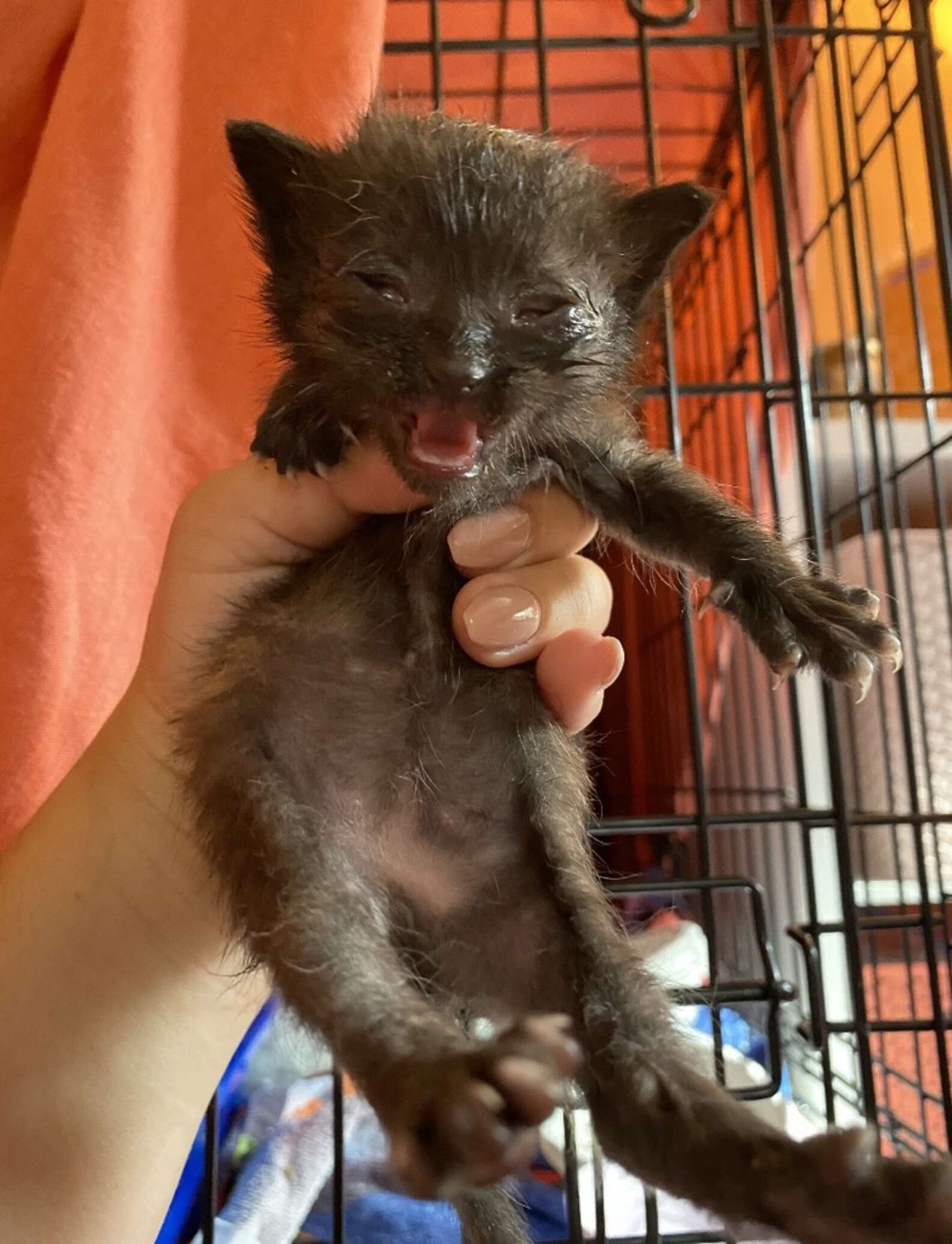 Even after her siblings had healed, Meredith struggled with eye issues for a while. After a few different infections and lots of vet visits, she was finally cleared for adoption, although the vet did say she may have some slight vision impairment going forward. Her rescuers were so thrilled to see her all healed, even though they knew they’d be sad to say goodbye.

“She was one of the very first cats we had saved since starting our rescue, and she’ll always be one of our favorites,” Cirucci said. 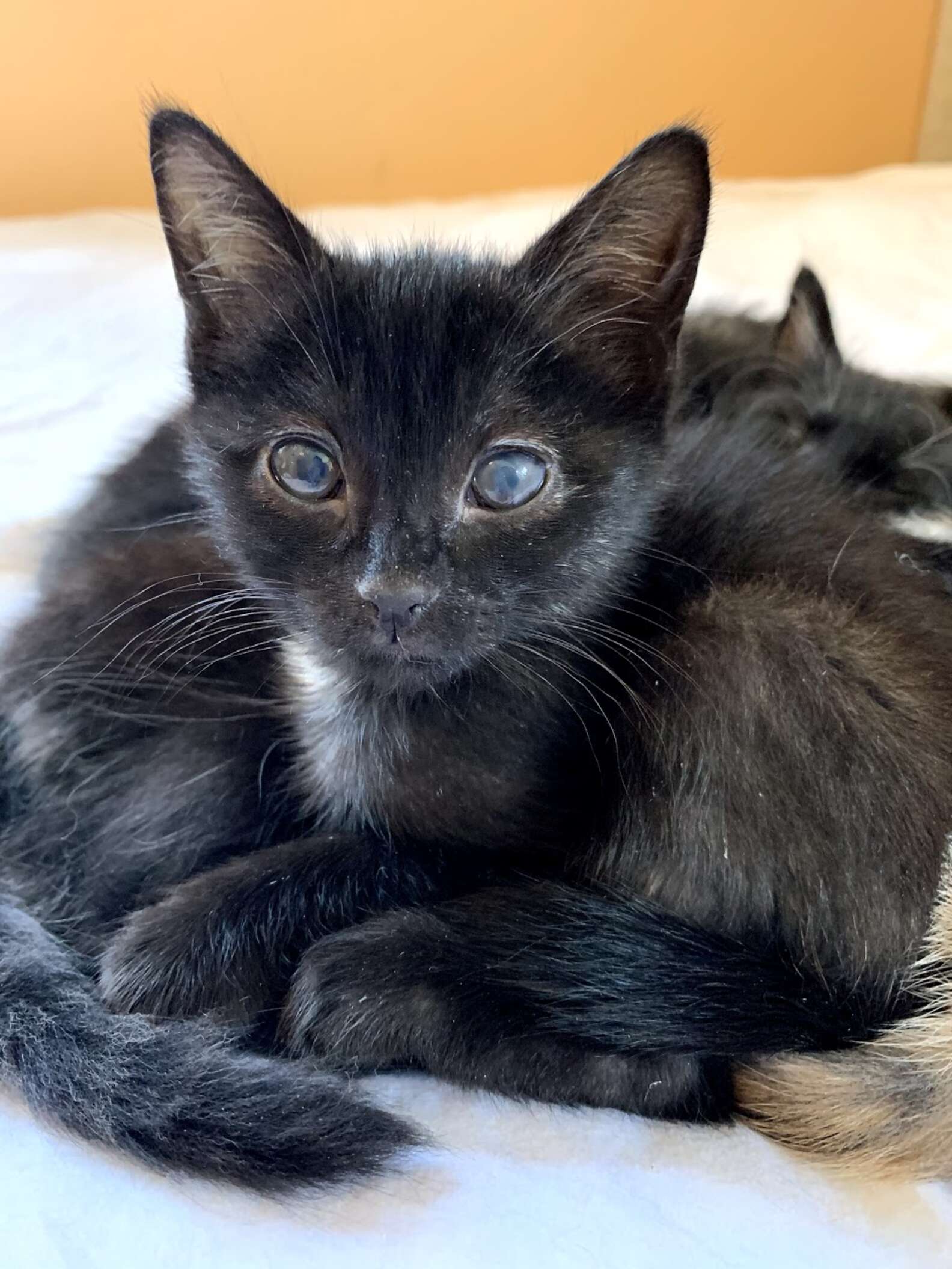 After everything Meredith had been through, her rescuers wanted to do something special for her before she went off to her forever home, and so they decided to take her to get a Starbucks Puppuccino. Meredith was always a little obsessed with food, so they thought she’d definitely appreciate the treat.

“She was always (and still is) extremely crazy when it comes to food,” Cirucci said. “She would try to eat anything and everything. If she smelled something I was eating, she would climb up my body and try to either eat the food out of my mouth or go face first on my plate. For being the runt of the litter, this girl had a HUGE appetite.” 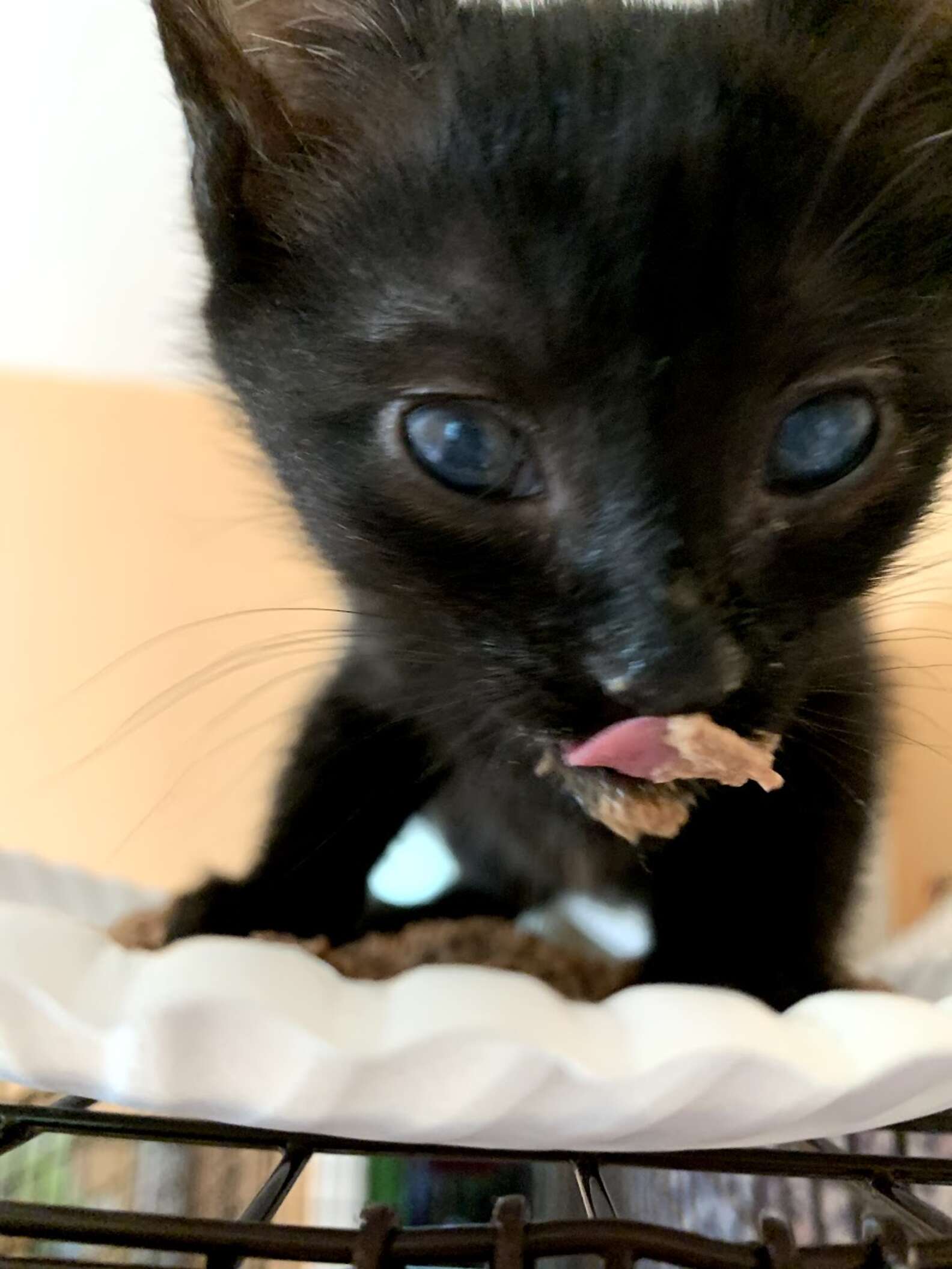 After going through the drive-through and ordering her a Puppuccino, her rescuers presented Meredith with her treat — and she immediately went nuts for it. 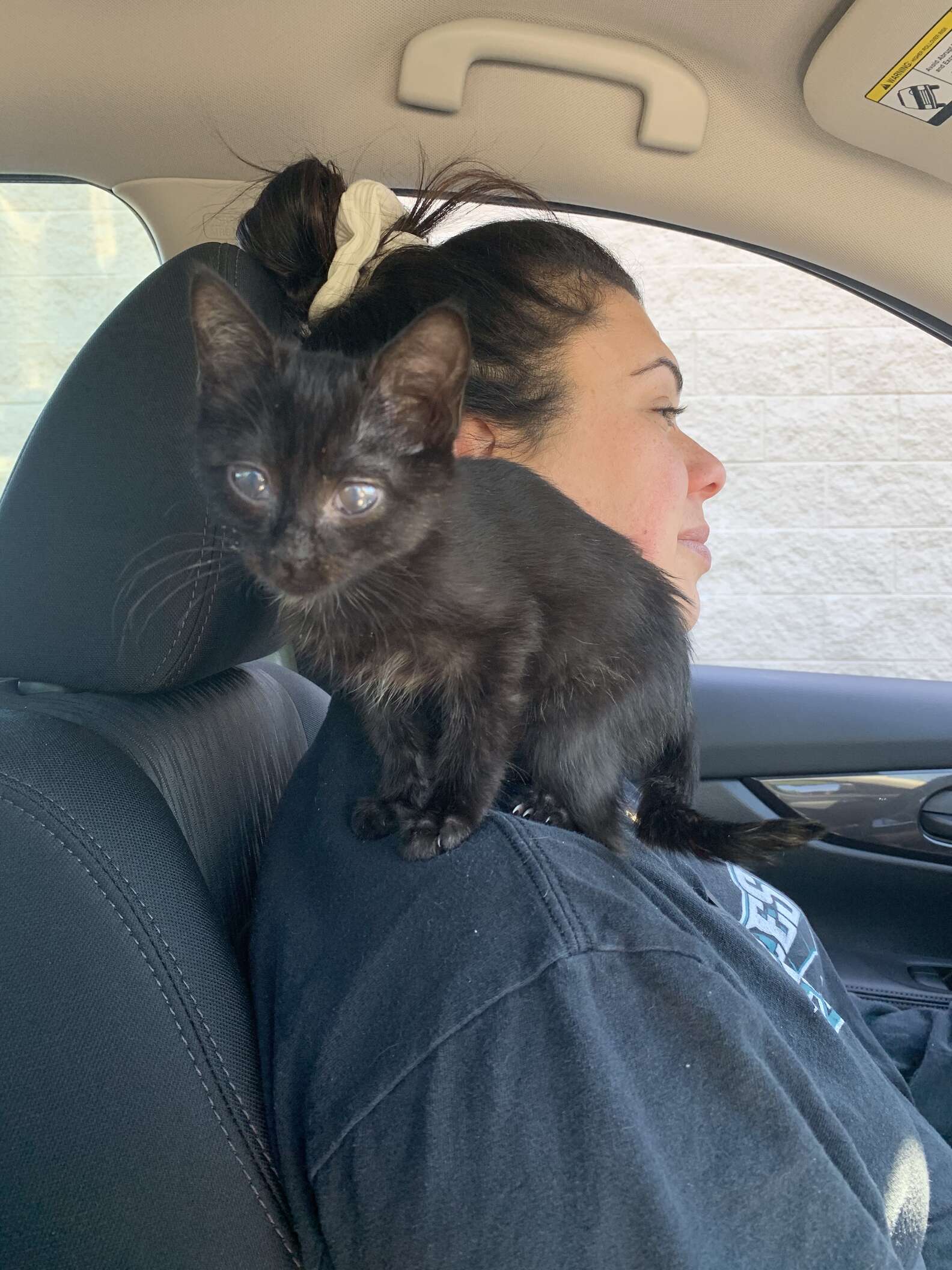 “She automatically went head first into the cup, and we started recording her because it was a moment we never wanted to forget,” Cirucci said. “She had us laughing so hard, we were in tears and I was wheezing.”

Meredith was so excited for her treat and couldn’t get enough of it. The whipped cream was all over her, and even the barista in the drive-through window couldn’t stop laughing and taking pictures of the goofy, messy kitten. 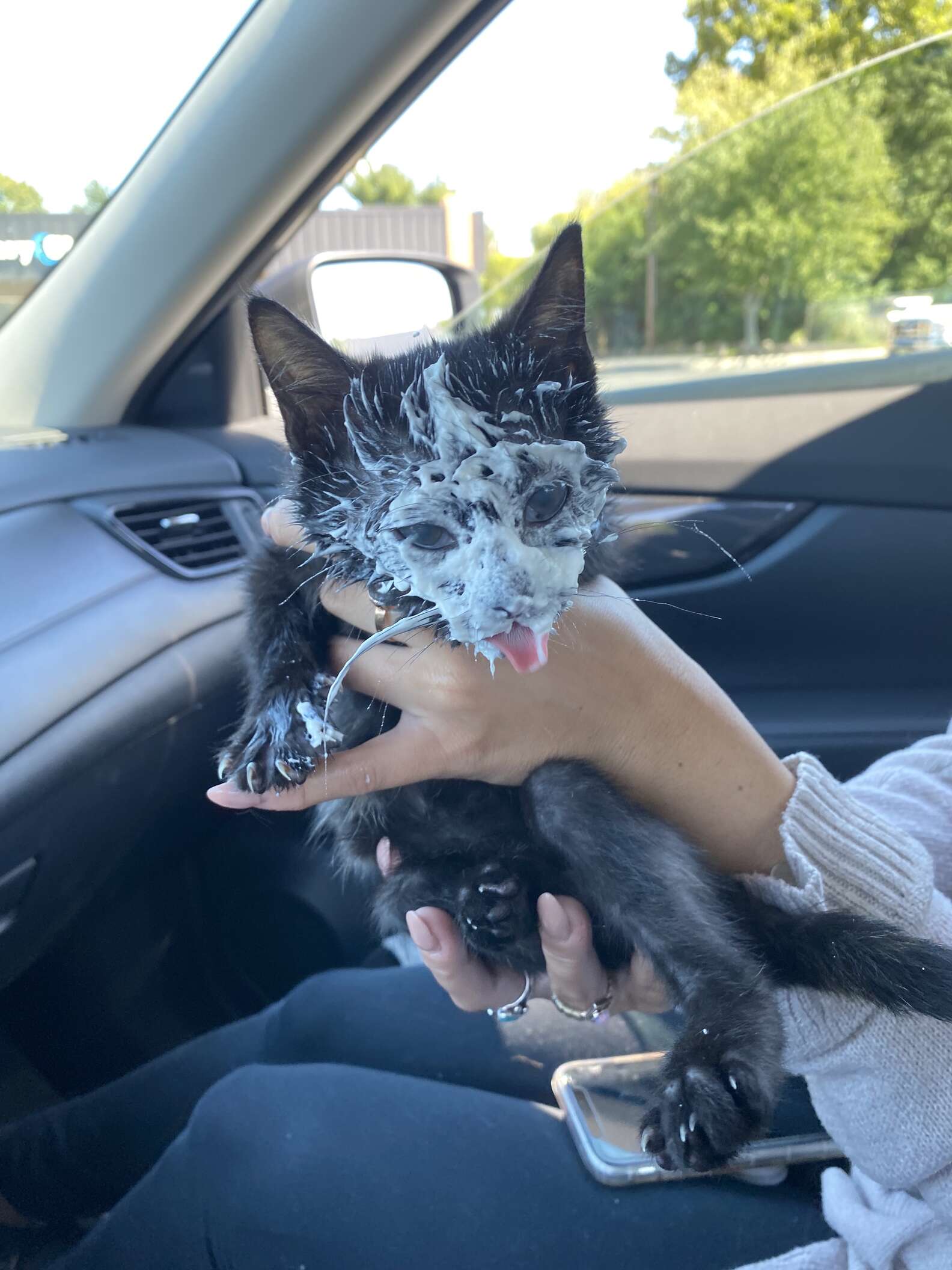 “More of the pup cup got on her face than in her mouth and we cleaned her up directly after, but she definitely had a good time and enjoyed her treat,” Cirucci said “She kept trying to pull the cup back to her face and was so upset when we wouldn’t let her have any more.” 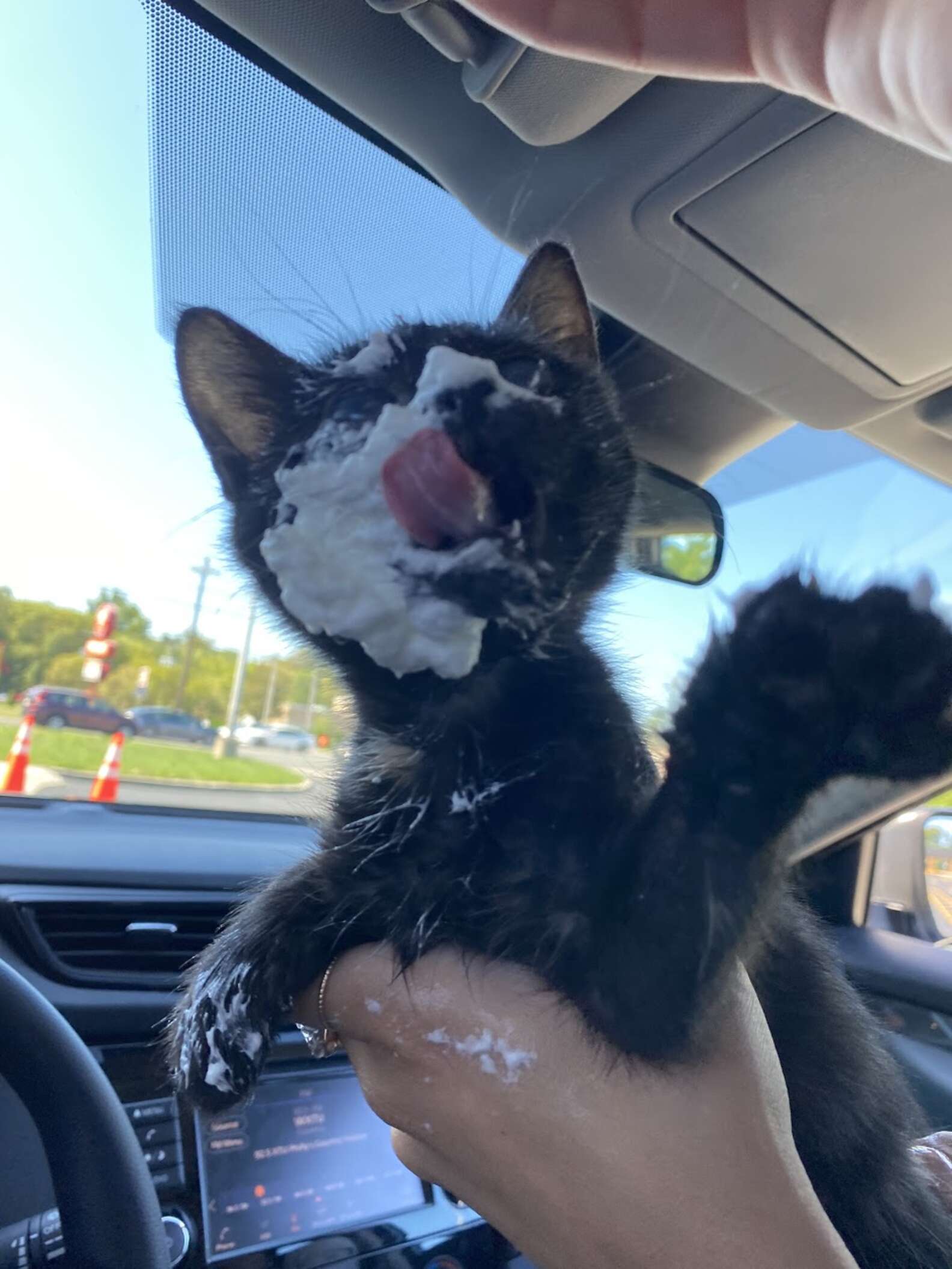 They decided to post the adorable video of Meredith and her treat online, and everyone went just as wild for it. Some people expressed concern about giving dairy to a cat, but Meredith’s rescuers did their research beforehand and found that it’s OK for kittens to have some once in a while. Since most of the whipped cream ended up on Meredith’s fur, anyway, there’s definitely nothing to worry about.

A few days after her special treat, Meredith went off to her forever home. She’s now all settled in and doing so well. She has cat siblings whom she absolutely adores, and is of course still obsessed with food. While her rescuers miss her, they’re so glad she found such a perfect home, and will always have the goofy video of her trying to eat a puppuccino to remember her by.

Nobody Wanted The “Hideous And Dirty” Street Dog, But One Woman Took Him In