Have you ever wished you could help every single abandoned animal out there? While we know it isn’t possible, it still hurts our hearts when we see how many animals in need there are. The story of one abandoned dog was enough to capture the hearts of all who read the story.

The story started as New York’s Wanderer’s Rest Humane Association found a senior dog abandoned in the yard near the front door. He was tied down with a rope and left sitting in the sled. 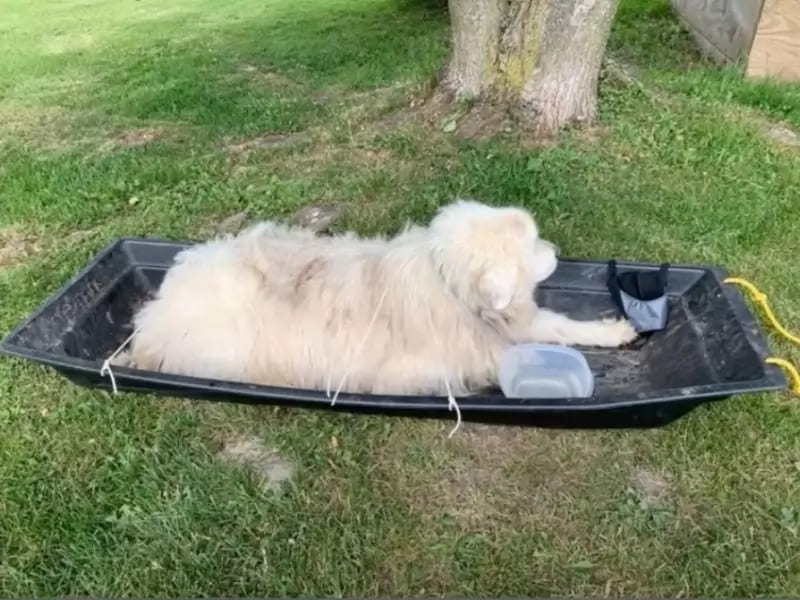 Someone had dropped off the dog overnight with a small bowl of water and a small note alongside him. The heartbreaking note had just only seven words “over 10 yrs old, can no longer walk.” Unfortunately, the dog had no idea how alone he was. 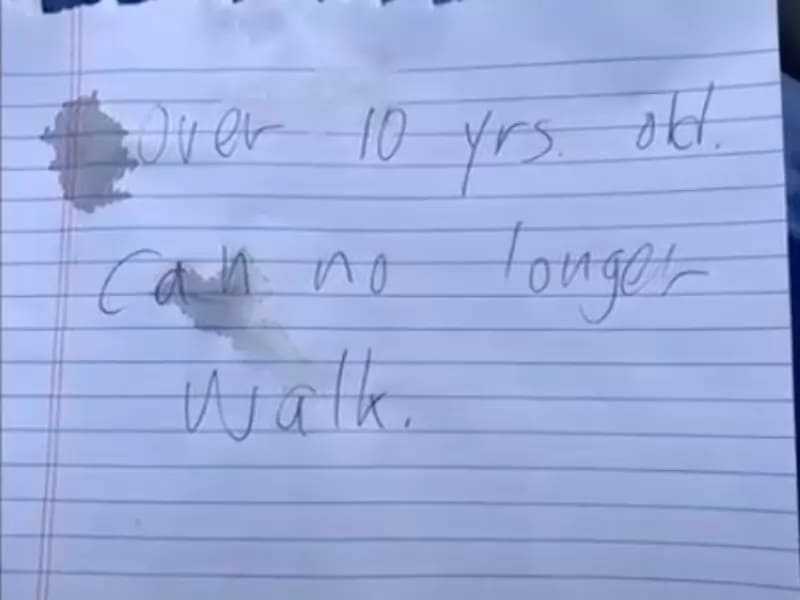 Thankfully, Wanderer’s Humane Association would finally give him the love and even named him Perry. 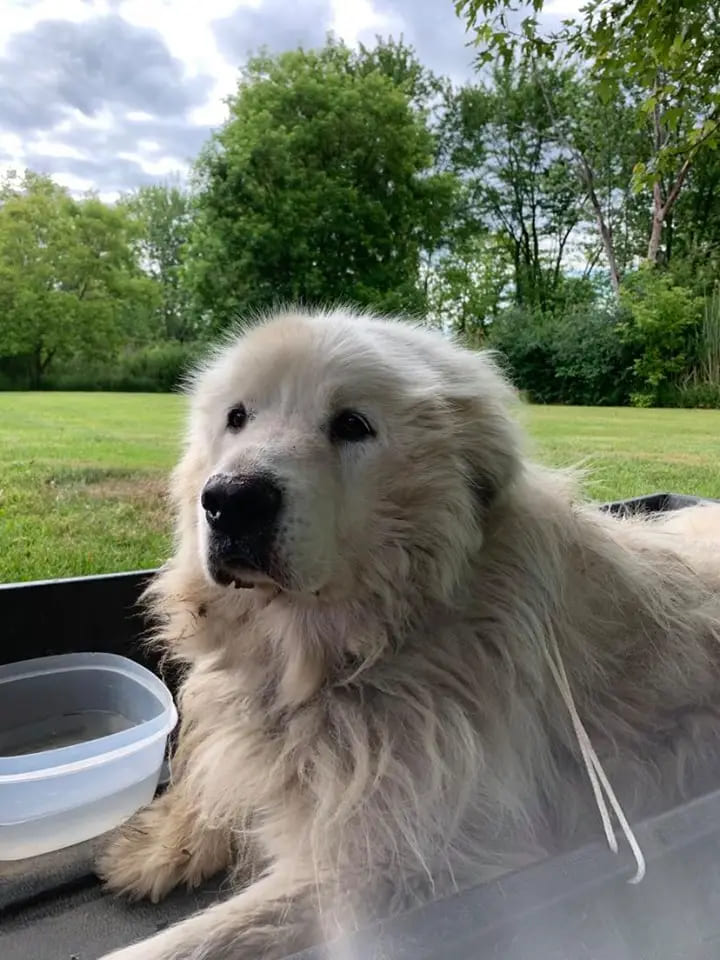 They posted photos of Perry to Facebook, hoping someone would recognize him. Their post described the story of terrible things that Perry had to overcome. Luckily, people who saw the post and wanted to help Perry had the treatment that he needed. They gave him a check-out with the vet. 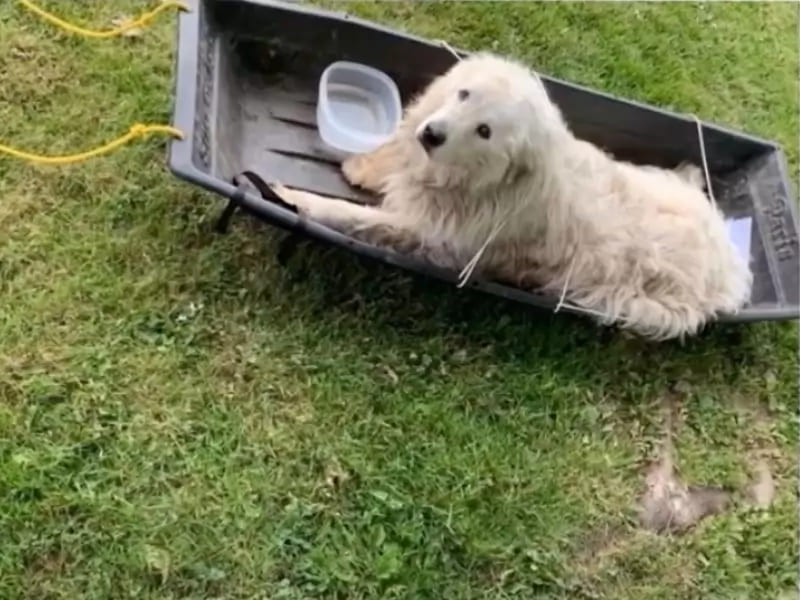 After the examination, they found Perry was suffering from two tick-borne illnesses and had a severe skin infection.

They gave him some pain relievers to treat all wounds. Luckily, Perry began showing signs of improvement, even walked with assistance. Perry was helped at the right time he needed. 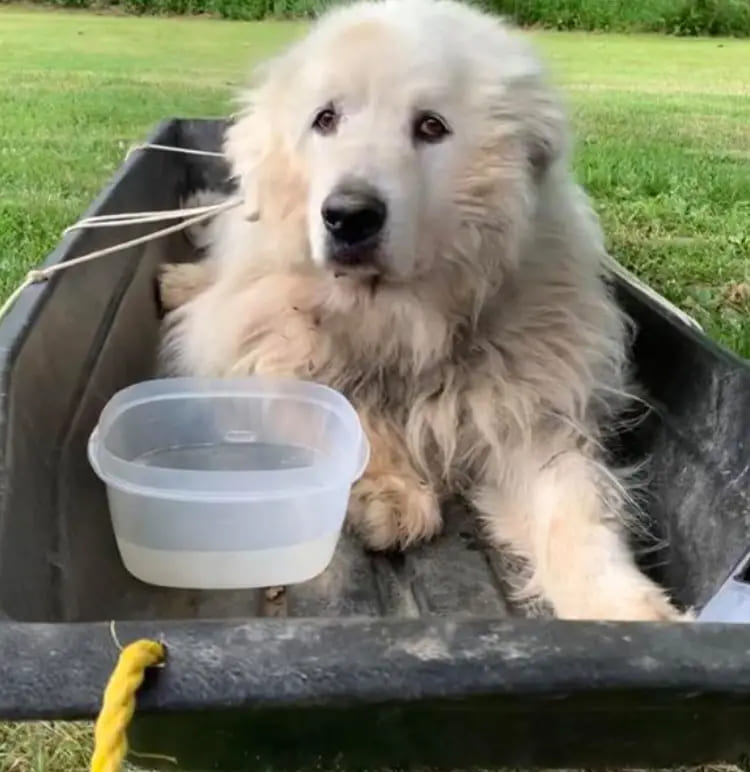 “This morning, Perry can stand on his own. He was able to walk a little bit with help. It is still an improvement and we are beyond thrilled. Again, thank you to everyone who has shown support or donated for this boy. We are still waiting on test results, but we are praying that he will continue to improve.” they posted on Facebook.

According to the newest update about Perry on Facebook, he had been in a home. He deserved to have a good life.

Please SHARE this touching story with a happy ending with all your friends.

Puppy Gets Rescued After Being Abandoned By His Owner

Cat And Dog Abandoned In A Park Become Inseparable Friends

Lonely Baby Bear And Friendless Dog Eventually Found Each Other

Mama Dog Asks People On The Street To Help Her Babies