Have you ever heard that the quickest way to a man’s heart is through his stomach? It seems not only true to humans but also dogs. And the dog named Ted in this story is a lively example.

Ted has been living in the Northwest Territories SPCA shelter in Canada since earlier this year. Shelter animals are usually scared of a new environment, and Ted is not an exception. He was so confused and afraid of the staff until he met a volunteer who gave him food. Everything started to change. 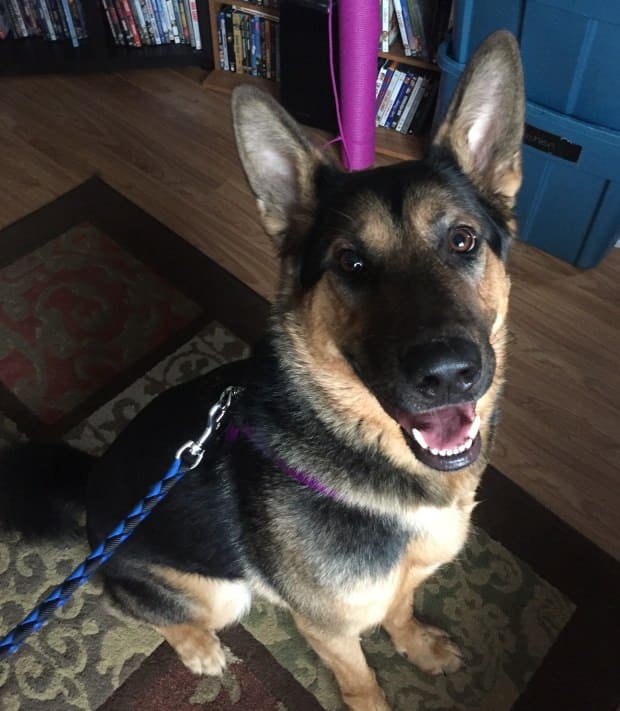 Ted had lived in the shelter for two days when he met Abbey the volunteer. On that day, Abbey took responsibility for taking Ted to go out for a walk. Nevertheless, the little pup was so terrified, so he didn’t want to go with the woman. He chose to remain in his kennel.

She fed the dog cheese-flavored bacon trip to try to get him to love her.

Recognizing that Ted might need more space, Abbey asked the workman to expand Ted’s kennel. After that, she began to do her work. Except for the moment feeding the pup, she then had no more communication with him.

The next morning, she went to work at the airport and got back home around 6 a.m. To her surprise, there was a dog sitting on her deck and barking at her. She carefully got close to her house, and the dog followed her as well. Finding that the dog was not harmful, she drew him closer to see a nick on his nose. She immediately recognized him as Ted. 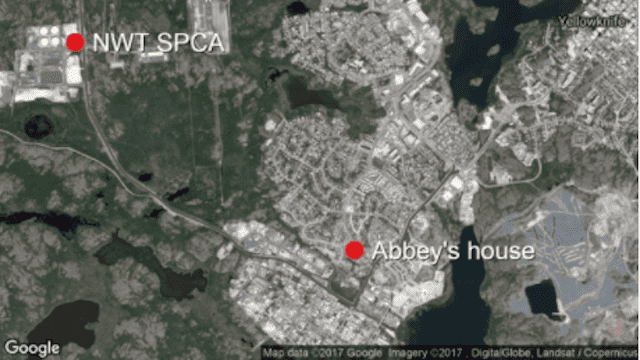 Abbey called the shelter and they said that Ted was truly not in his kennel. So during the time Abbey left the shelter and went to her home, Ted found his way out and into her yard.

Ted really had an amazing journey. He trekked from the shelter which was located in an industrial area on the outskirts of the town, and then passed the airport to find Abbey’s house. The special thing was that Ted had never been to the house before, so it was magic that he actually found it. 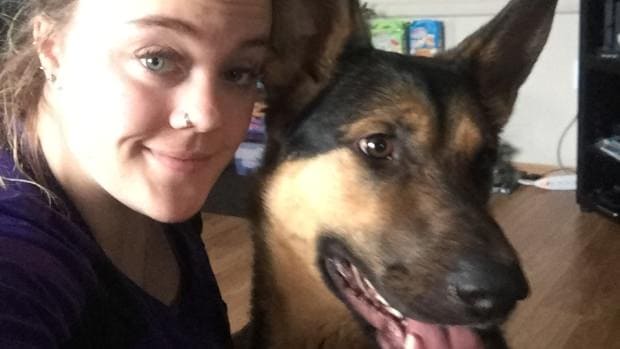 Abbey decided to welcome Ted to her warm family. Because her current home didn’t allow pets, she had to move into a new place so that both of them could live happily together.

They have a strong bond with each other now.

Please share this lovely story with your friends and family.

Adorable Monkey Adopts Stray Puppy And Raises Him As Her Own

Loyal Dog Stays In The Same Place, Longing For Owner And They Finally Reunite

Deformed Dog Got A New Happy Life After Being Rescued