This is a shocking case where seven dogs in a puppy farm were kept in small dirty cages, filled with faeces and urine. Thankfully, The Gables Dogs and Cats Home, located in Plympton, rescued them from bad conditions and gave them second chances at lives.

The group said that after receiving a call about the farm, they quickly came to to investigate and found the severely neglected dogs, covered in matted fur, open sores, and feces. 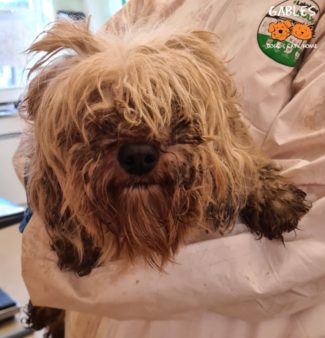 As they shared on Facebook, they were relieved to see the situation wasn’t actually a puppy farm, but the seven dogs they did find were in pretty bad condition.

Of course, they gained custody of all seven dogs, six poodle mixes and a lurcher, from their previous owner and began the work of restoring their health, confidence, and happiness. 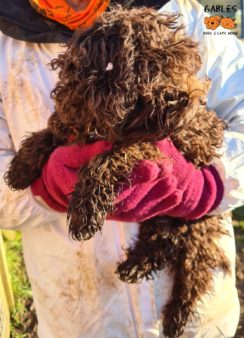 The group reported in their post that the dogs ranged in ages from 3 months to 6 years, and were underweight, cold, filthy, matted, and had dental problems, diarrhea, and open sores among other issues.

They said, “The cramped, tiny, wooden kennels had no heating and the only ‘bedding’ to be seen was some filthy, compacted straw on the floor…There were six poodle crosses, all with badly matted coats and covered head to toe in mud and their own waste. The seventh dog, a lurcher now named Martha, had the opposite problem as she was suffering from severe hair loss and infected sores all over her body. Her tail had been badly chewed and damaged, leaving open wounds that were also infected.” 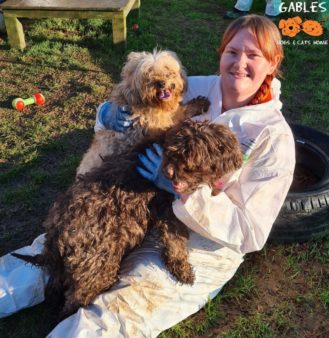 After the medical assessment and treatment was made, the Gables Dogs and Cats Home called in the help of a professional groomer, Dee from Deesigner Pets. Dee groomed the dogs, free of charge, and they’re hardly recognizable after their haircuts! 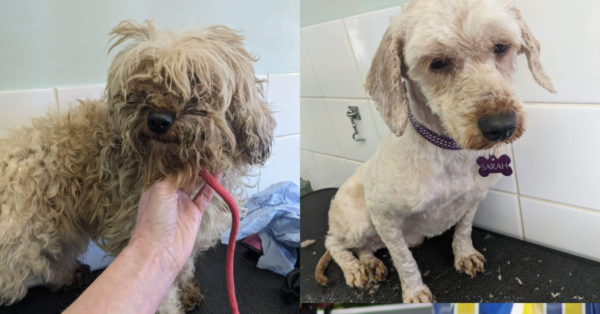 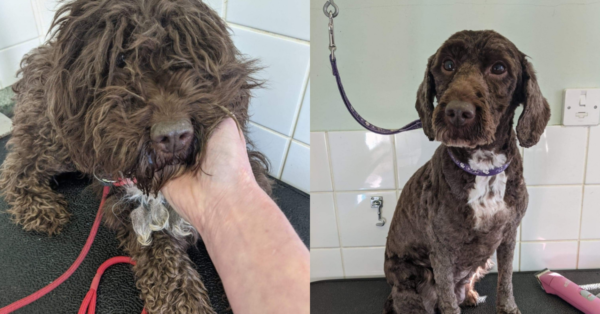 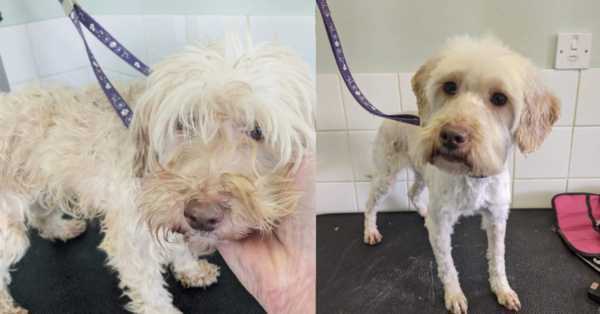 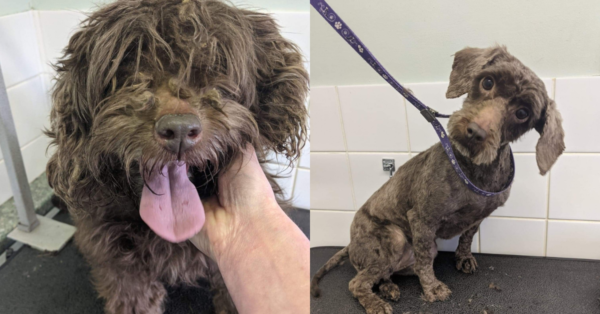 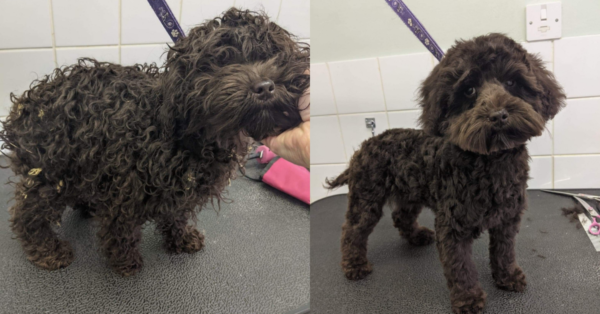 While the dogs are already more comfortable, they still need ongoing medical treatment and the costs of that are adding up.

If you’d like to support them, you can donate here.

Woman Adopts A Sad Pitbull, And The Dog Can’t Stop Hugging Her

Cat Finds Someone Special To Save Him From Life Of Abuse