There are many unforgettable animal rescues. All rescues bring new life for them. The story below told about rescue a huge white dog wandering the streets for over 4 months in a rural town. 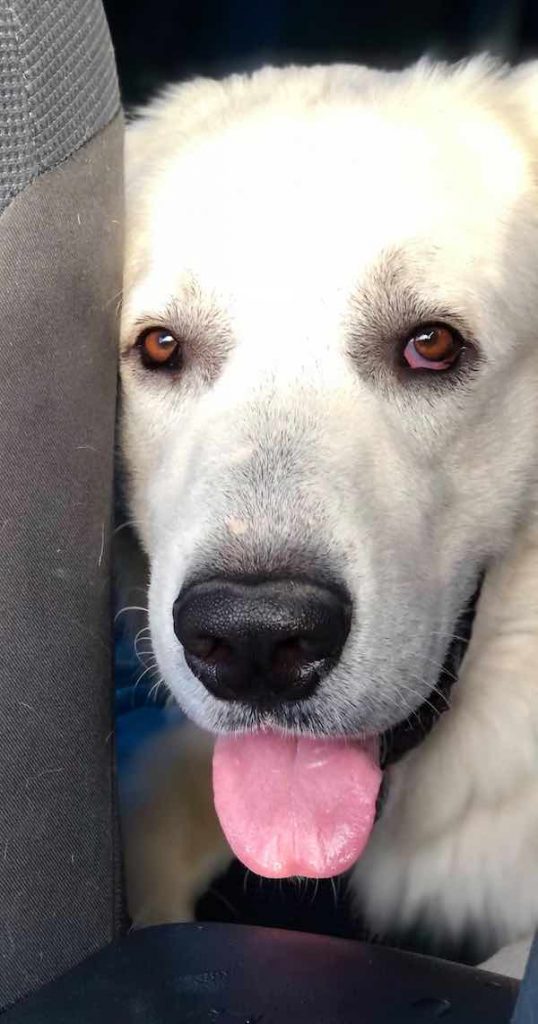 Thankfully, Los Angeles animal rescuer Megan Allen became aware of the Great Pyrenees after he began hanging outside of a woman’s home. She drove the 2 hours to Buttonwillow, California to save “Miles.”

Miles took some treats from her hand but wouldn’t let her leash him. The local fire department pitched in to help, but Miles didn’t want to be caught.

Although Megan was unsuccessful in rescuing Miles that first day, she reached out for help from Danny Spanks of A Safefuur Place Animal Rescue, as well as Mad Love Dog Rescue and the Kris Kelly Foundation.

Soon after rescuers mobilized to help save Miles!

Danny, with the help of new recruit Courtney, catch Miles when the dog wandered into a fenced area and hung out with a Husky on the loose (the husky, named Luna, was returned home to her owner).

Miles may have been skittish after so long by himself, but once Courtney had a leash around his neck, Miles seemed pretty willing to get off the streets. In fact, Miles was all smiles when Megan came and picked him up to take him back to Los Angeles.

Miles days of walking the streets are finally over! After getting checked over by a veterinarian, Mad Love Dog Rescue found Miles in a foster home. 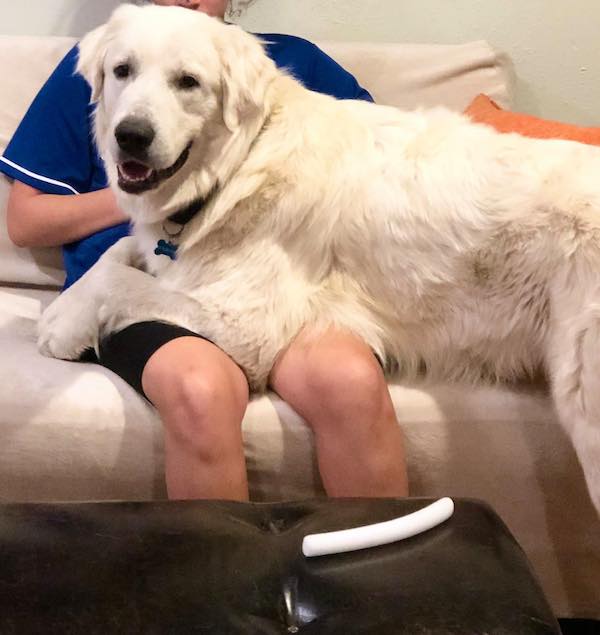 “We were contacted he was found after wandering for what we’ve been told a year as a stray,” writes the rescue. “That’s a long time.. way too long. We named him Miles.. pretty fitting considering the miles he’s roamed.” (Ed Note: it is unclear if Miles had been a stray for a year or 4 months. Either way, it’s too long.)

Miles is a young dog, approximately 1.5 years old. He’s a “goofball” and “funny and playful” but in keeping with his breed and his early life, he “hates to be confined indoors without his humans.”

So, Mad Love Dog Rescue says Miles needs a home with “a very large yard with secure high fence or wall” where he can spend his days and he comes indoors with his family at night.

Kitten Shields His Brother Even After They Were Rescued from Wildfire, To Keep Him Safe