Kai was a 173-pound golden retriever, who was saved by the Misfits of Alberta Animal Rescue after his previous family attempted to have him put down. However, the vet refused to end his life because he believed that Kai still had a chance.

When the vet contacted the dog rescue, Pam Heggie came to help right away. When she met this poor dog, she knew he was dangerously overweight, so she wanted to do everything she could to help him out. She decided to foster Kai to give him a place to stay and to help him get into shape. 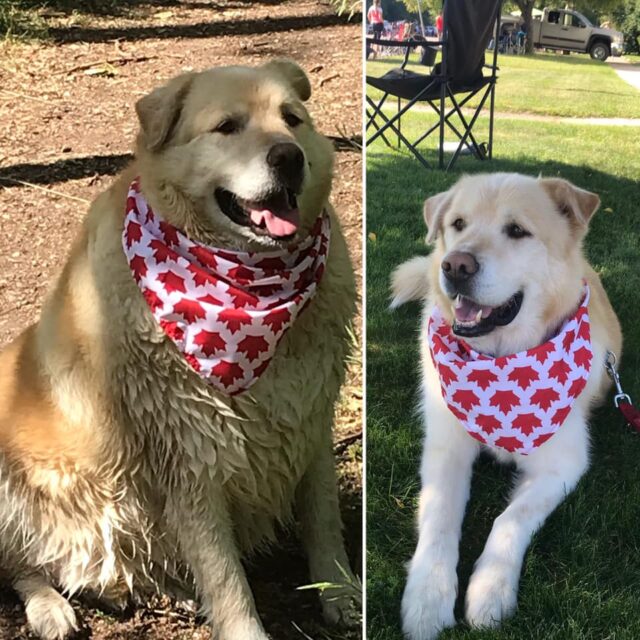 The vet claimed that Kai was the most overweight dog he had ever seen. He informed Heggie that Kai was about 100 pounds more than what a golden retriever should be. “Anything you do is gonna help that dog,” he told her.

At first, Kai struggled with his new life. He was so large that Heggie couldn’t even find a collar that would properly fit him. Any collar she tried to put on him would just fall off because he was not very well defined.

Heggie attempted to take him for three walks a day, but at first, Kai would walk for only a few steps before becoming exhausted and starting to pant heavily. It even took him 20 minutes just to get up the three stairs to her front door. Without assistance, he probably wouldn’t even have been able to get up the steps on his own. It was clear that Kai had a long way to go in order to get into shape, but Heggie refused to give up on him. So, she kept doing everything she could to help, and over time, Kai began to trust her more and more.

As time went on, Kai began to show more progress. Heggie made sure he was eating a proper amount of food each day. She even had him do water therapy sessions to help strengthen his back legs. 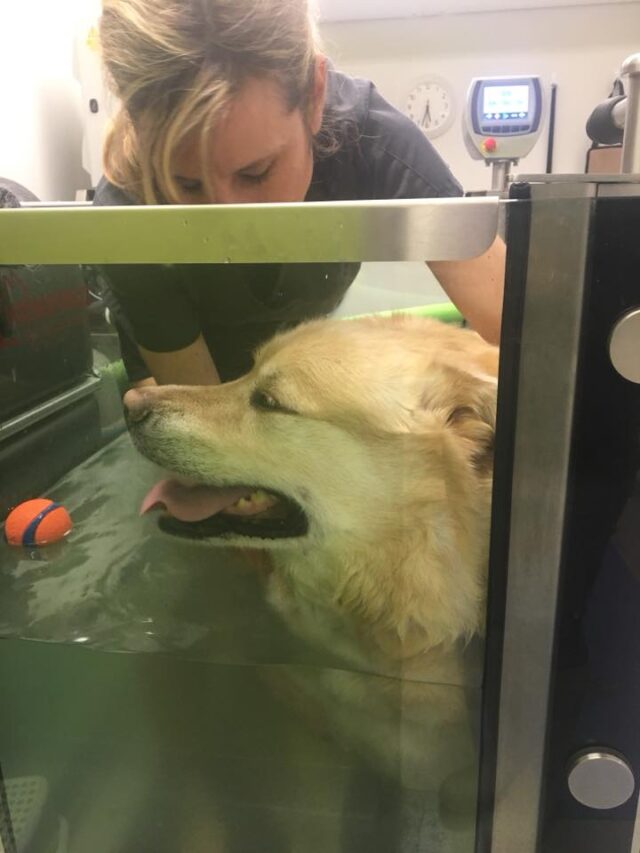 The whole process was a lot of work for the both of them, but Kai remained a happy dog and refused to give up. “He was always extremely loving,” Heggie says about his journey. Weight loss is not fun for everyone, but Kai appeared positive throughout the entire process.

Kai and Heggie recently appeared on Good Morning America, where Heggie revealed and discussed Kai’s incredible journey. “You really saved his life,” the hosts on the show tell her. Since then, Heggie has adopted Kai, finally giving him the forever family that he deserves.

In only one year, Kai was able to lose 100 pounds, causing him to look like a new dog with a happier, healthier life. His transformation is an inspiration for both humans and dogs alike, showing that we should not give up on dogs because they won’t give up on us.

Blind Kitten Has “Defied All Odds” To Live A Blissful Life