All homeless animals are weak and vulnerable. No one can imagine what horrible things they have to deal with when they miserably fend for themselves in the open air every day. What these poor creatures had to face in the past – when they had a home with their owners. And what caused them to be so fearful that they don’t want to let anyone approach them.

A homeless German Shepherd had lived under a van for many days until someone spotted her and contacted Hope For Paws to ask for help. The rescue team came to save her without hesitance. 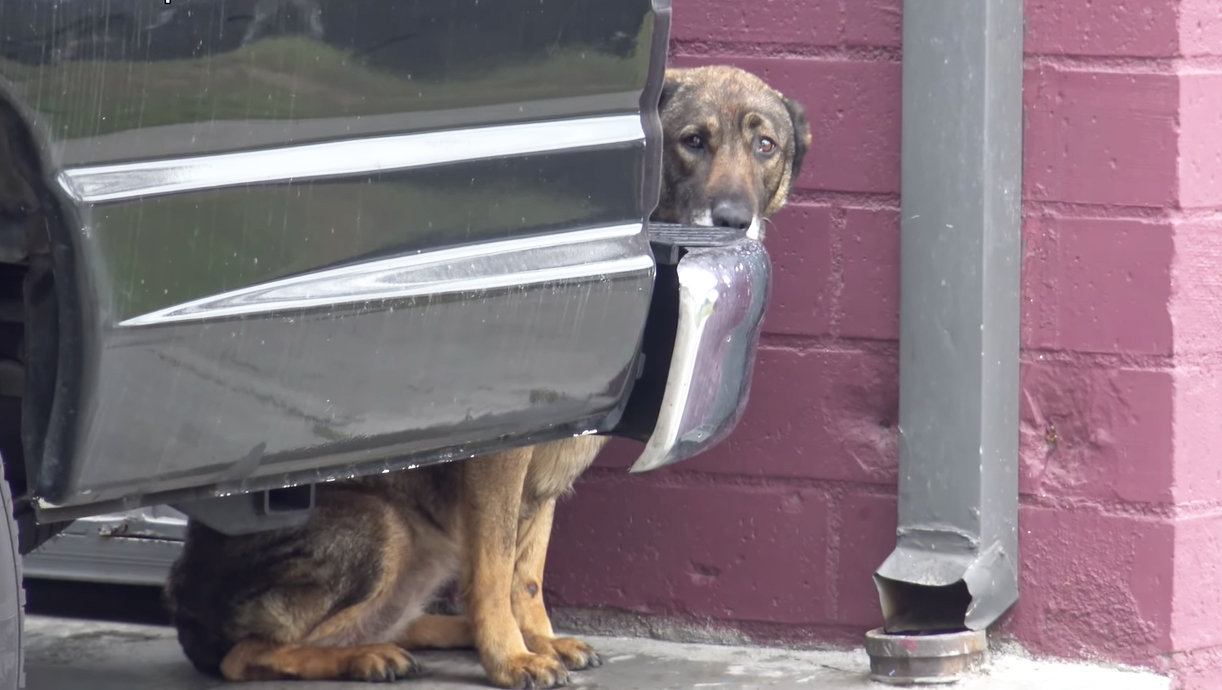 The dog was so scared that she just hid behind the car. Her eyes looked so sad and her coat was filthy. The rescuer treated her with a cheeseburger, but the dog did not receive it. She was too frightened letting out a cry that was heartbreaking to hear. It sounded like a human crying in pain and desperation. They tried to catch her but it was not easy as she managed to run away from them. 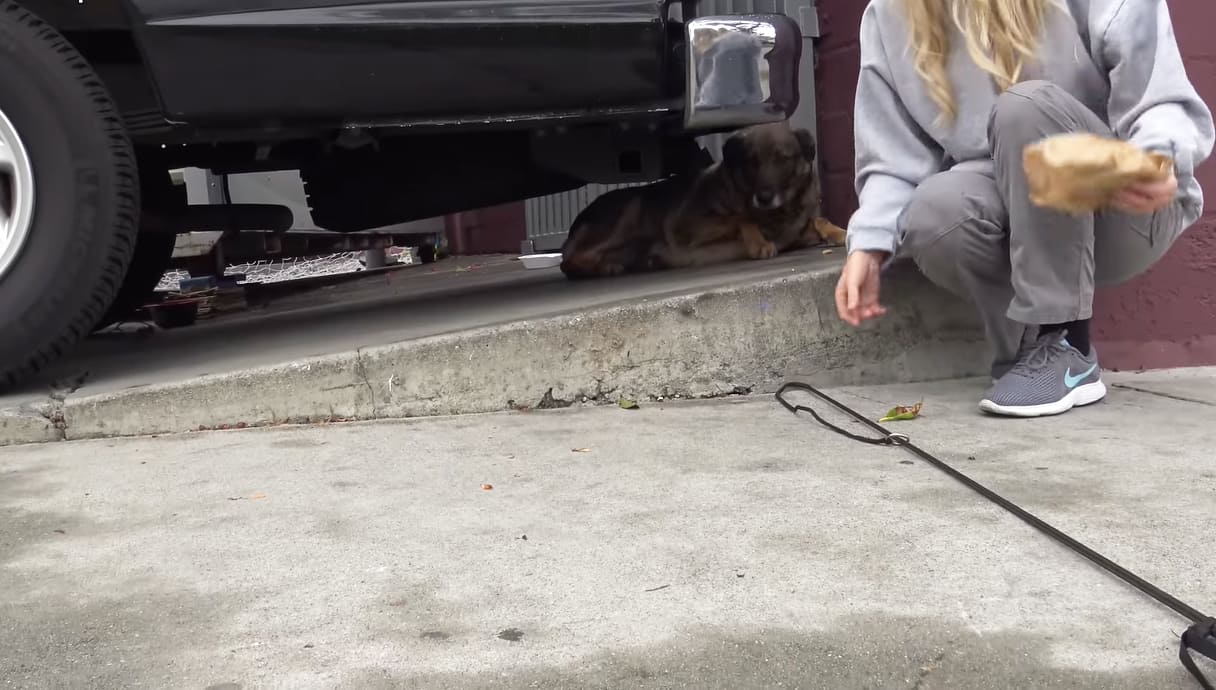 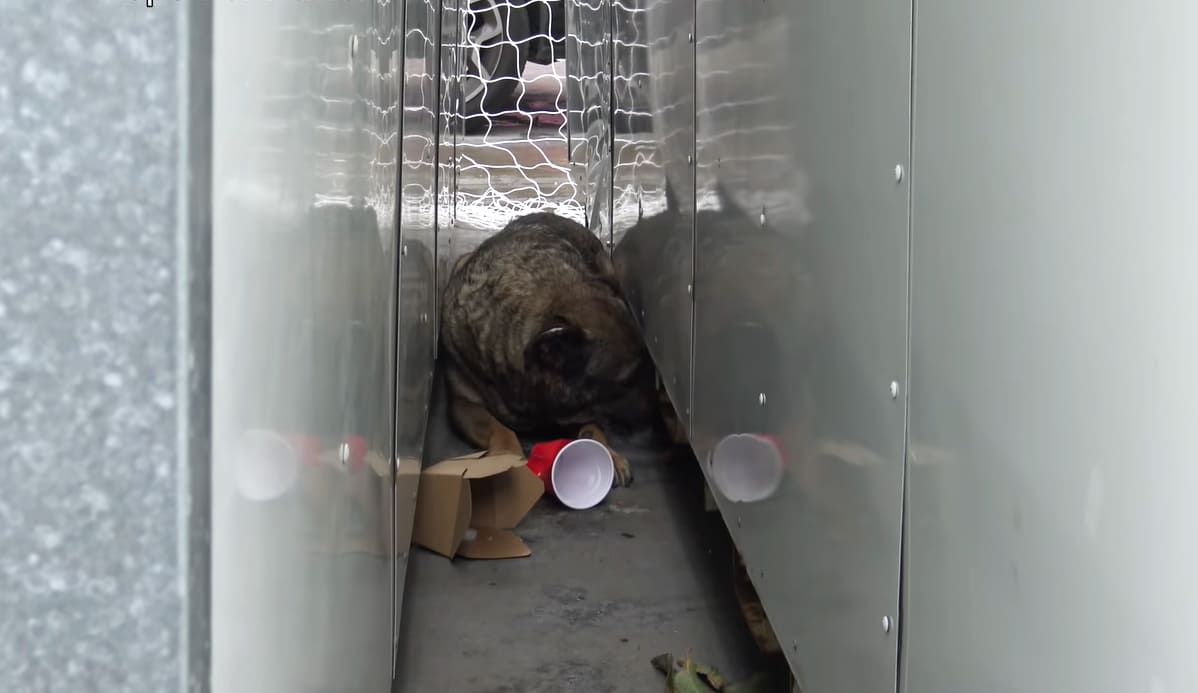 They calmed her down and finally secured the dog, then they named her Rain. She did not react to people’s touch, just silently sitting with a sorrowful expression. Eventually, she agreed to go with them, and at that point, she was a bit relaxed as if she knew she was in safe hands now. A new good life was waiting for her ahead. 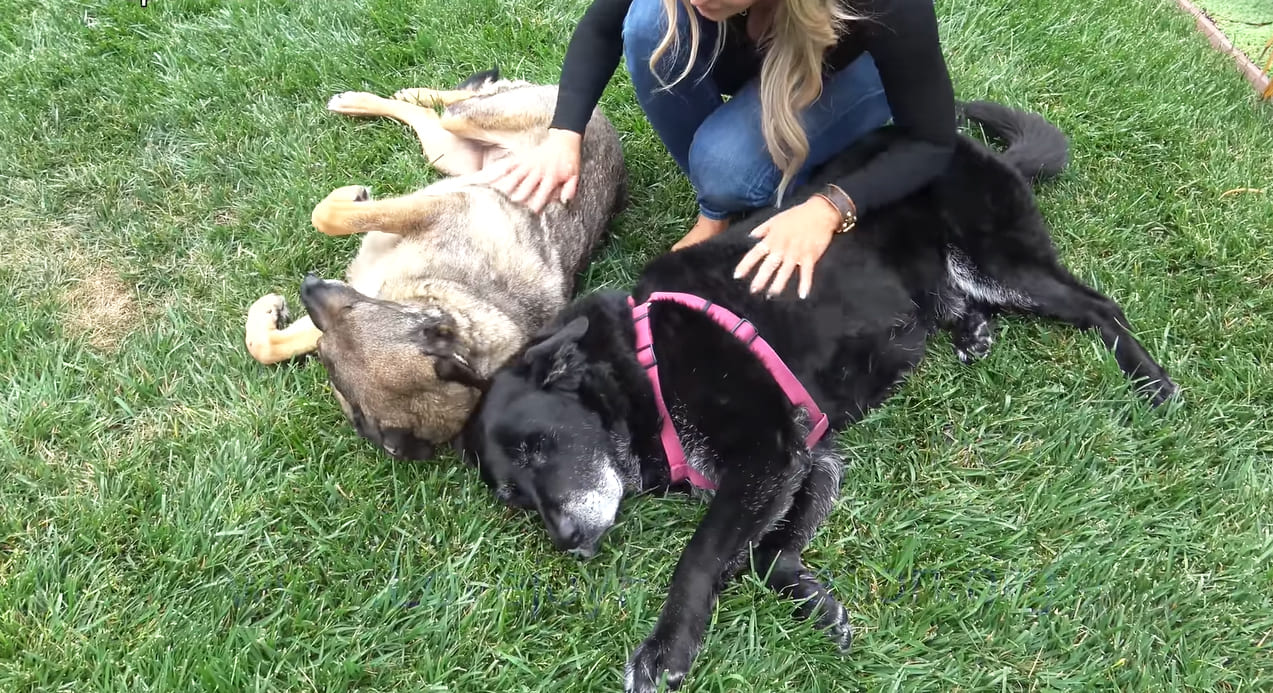 Thankfully, two weeks later, Rain was adopted. She got a new name Sassy Pants Dunbar, and was not terrified anymore. Her face changed from depression to laughter and that was amazing. Whatever happened to her in the past, just stayed in the past. Sassy Pants Dunbar was such a sweet girl, she deserved all the best things in the world. She had an older brother to play with, and a caring owner who would love and care for her forever.

Overweight Doggo Loses 50 Pounds With The Help Of His Gang

Having An Emotional Support Dog Staying Alongside, This 2-Year-Old Weimaraner Dog Finally Got Over Crippling Anxiety