Sometimes, dogs are mischievous. They can mess your things up whenever you take your eyes off them. But the hilarious thing is they just show their innocent expression as though they didn’t do anything wrong. Even if you get angry, you can’t have the heart to just scold them when you see their naive faces.

Anderson, the mom of two pups named Candy and Spike, came home from work one day and was greeted by a surprising scene. 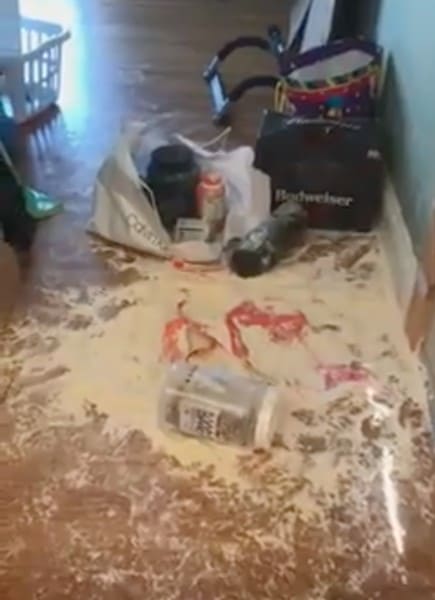 As she walked into her house, she immediately saw the floor was covered with white powder. And the only ones home were Candy and Spike. The point was that Candy’s face was also covered in the stuff.

Needless to say, Candy must have broken into the flour bag, but the little dog gave Anderson a look as if she knew nothing about this. Like someone else made this mess, not her. 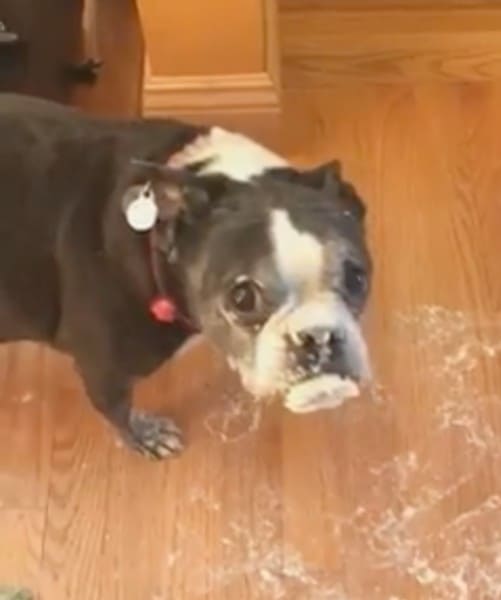 She kept showing her guiltless eyes to her mom, even when the pieces of evidence still were there.

“There were flour footprints all in the room and down the hall,” Anderson said. “The flour looked like dough built up because she must have gotten thirsty then went back to the flour. There was dough in the water bowl.” 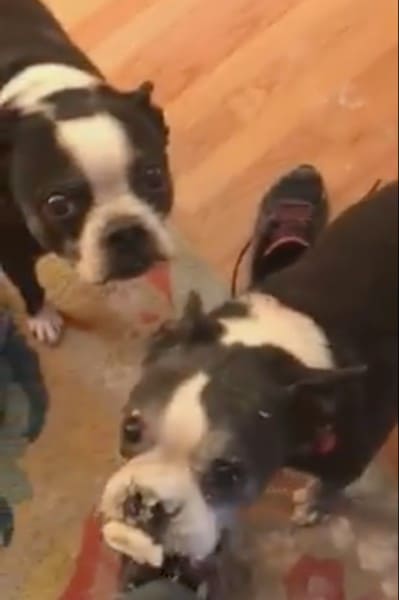 Meanwhile, Spike looked quite clean. It seemed like he was not interested in flour. Maybe if there were some other food in the bag, he would have joined with Candy to destroy it, too.

“Both dogs will get into bags or coat pockets if they smell food. Spike just so happened to not like flour or he would’ve been in it too.” 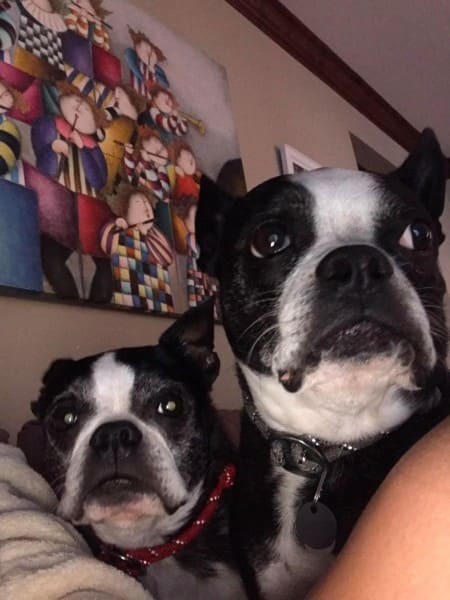 Anderson realized that it was her carelessness for not leaving the flour bag in a safe place, so she decided not to punish Candy. Her face was full of white flour that made her looked a bit silly, and it could be considered as her punishment.

Artist Replaces Actors In Movie Posters With Cats And Dogs, The Results Are Humorous And Adorable

Dog In Stormy Ocean Was Rescued By Wonderful Woman