Ever since she was a puppy, two things about Echo have always been true — that she’s very stubborn, and she absolutely adores snow.

“Being a Samoyed, Echo has loved snow since the very first day I got her,” Jennifer Wang, Echo’s mom, told The Dodo. “She loves to burrow her entire head into fresh powdery snow, and to dig holes large enough to fit her whole entire body in!” 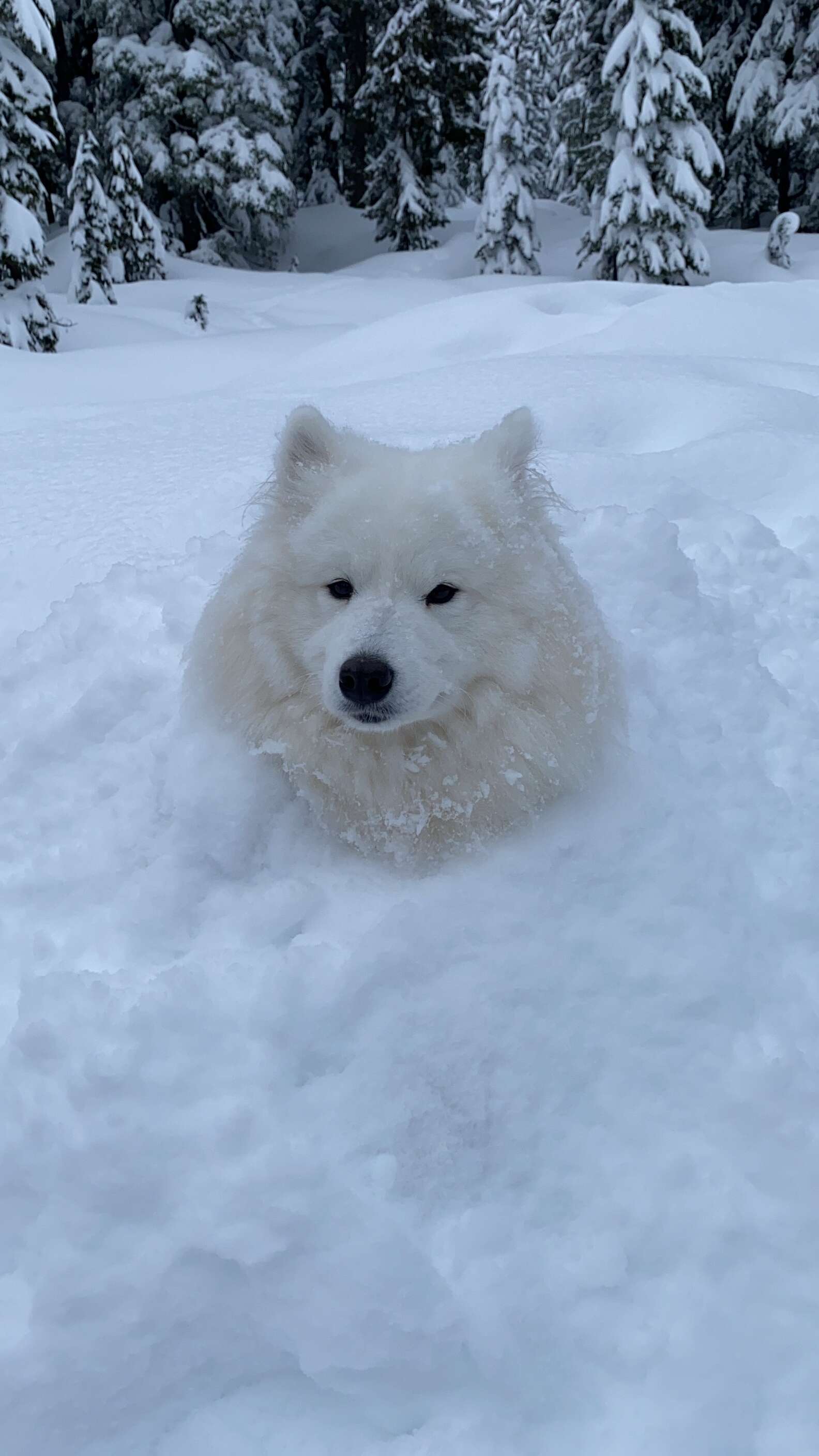 Echo was out on a walk with her mom and her mom’s cousin when they came across a snowy cave. Wang and her cousin were eager to peek inside it, but Echo the snow dog was actually a little apprehensive at first.

The cave was slightly covered up by snow and seemed a little ominous to Echo at first — but once she realized it was totally safe, she ended up falling in love with the cozy little snow cave. 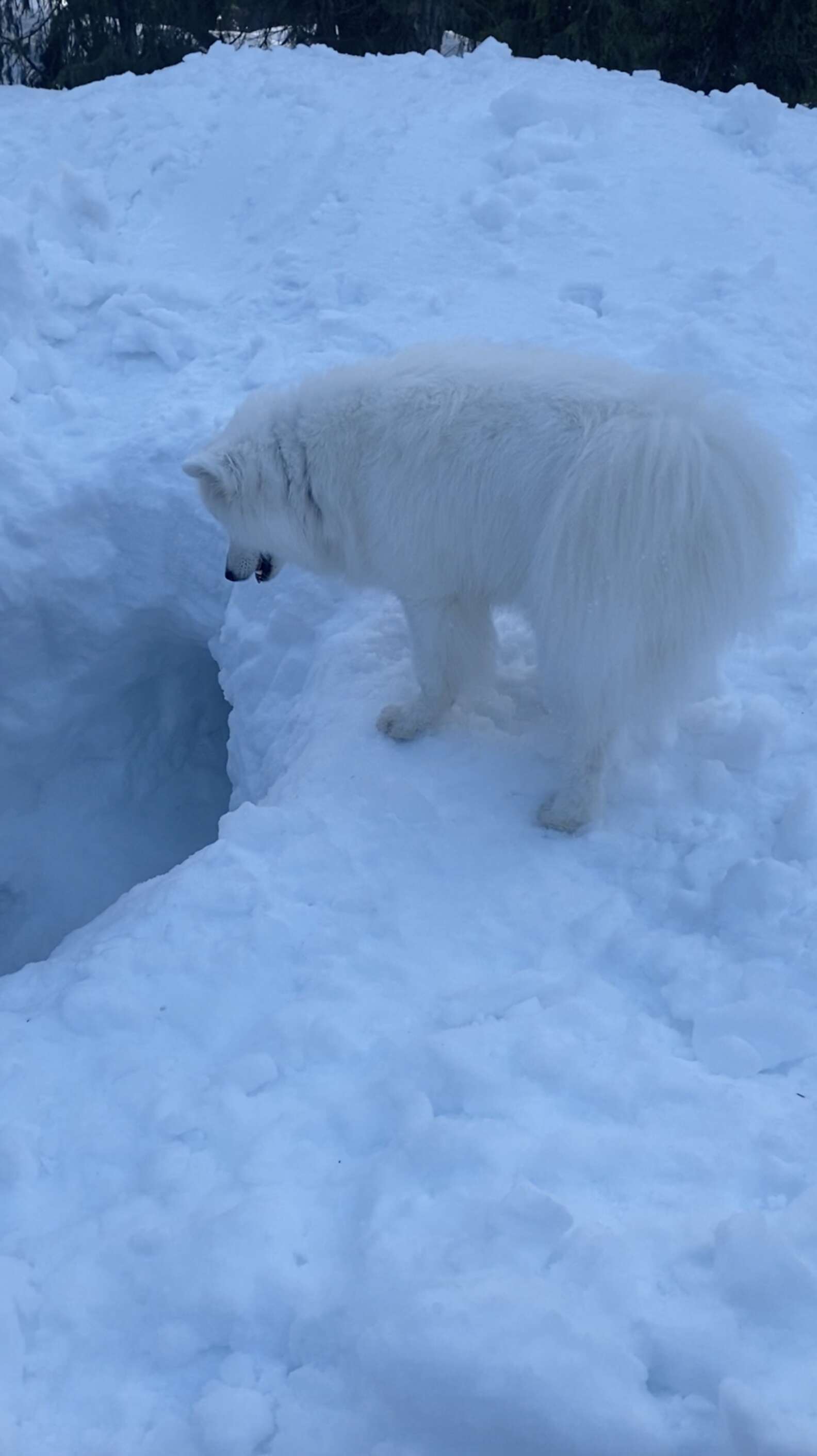 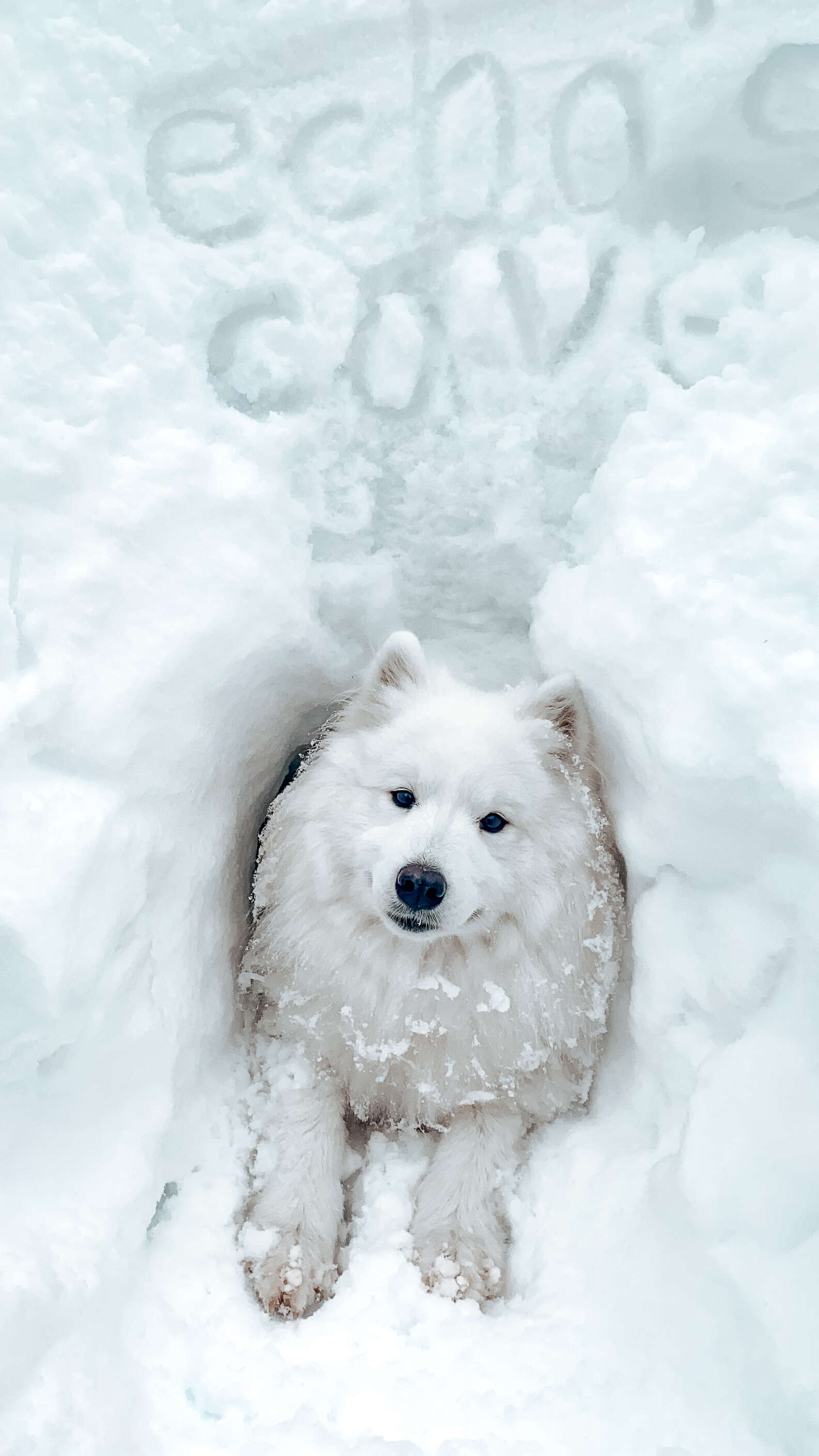 Eventually, they were able to coax Echo out of the cave and head on their way — but when they came across it again a few days later, Echo moved into the cave again, and this time she was determined to stand her ground.

“The second time we went on that same hike the entrance to the cave was almost entirely covered up, but she knew exactly where the cave was,” Wang said. “She dug through the blockage, and slipped right back into her cave. This time she was in there for quite a while, munching on snow, and just laying down and chilling (literally)!” 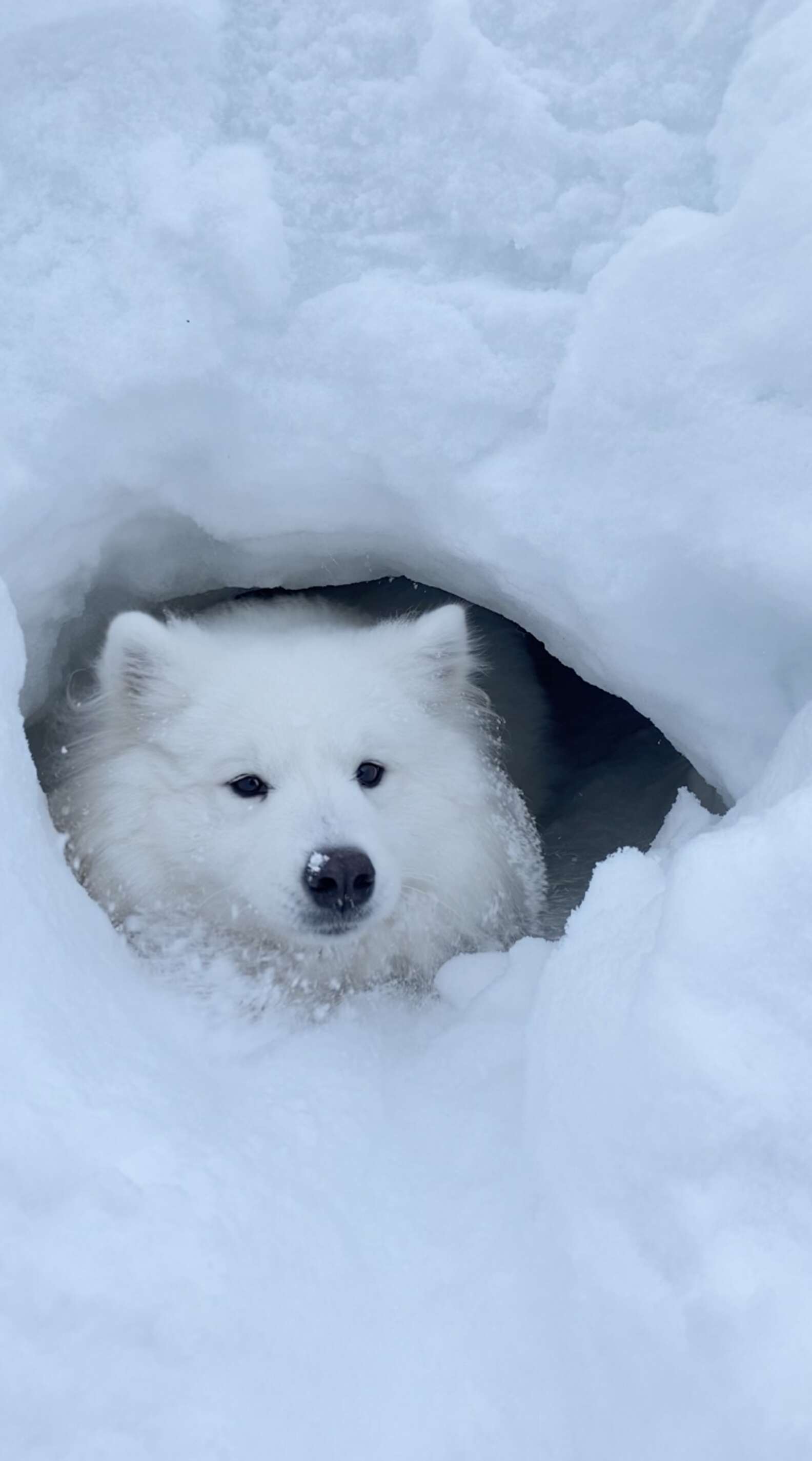 Echo had absolutely no apprehension left about the cave. She’d determined that it was the perfect snowy hideaway, and was hoping her mom would be OK with her just living there forever. After all, she blended right in.

Wang unfortunately wasn’t quite on board with that plan, though, and had to come up with a sneaky way to convince Echo to eventually part ways with her beloved cave. 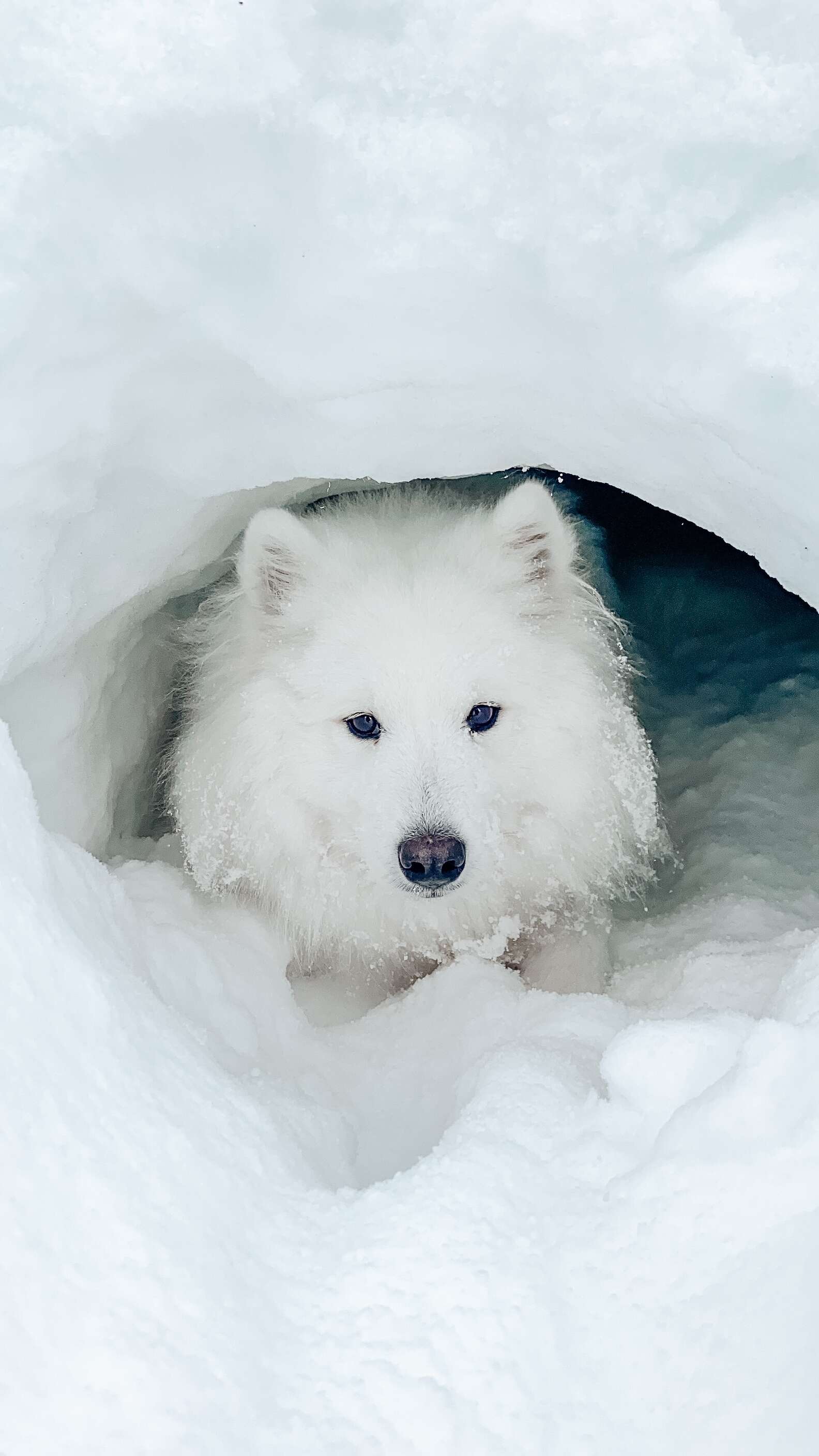 “When we decided that we were going to leave to continue the hike, Echo was not happy with that,” Wang said. “We called for her to come out several times but only when we pulled out her treat pouch, she was finally convinced to come out.”

Echo reluctantly continued on the hike with her family, but is still probably holding out hope that her mom will take her back to the incredible snow cave again someday.

Man Creates ‘Stick Library’ For All The Dogs At The Park