On one morning, at the Carlyon Industrial Estate, a worker spotted a young female fox struggling to get out of the foul-smelling pit. Then, The RSPCA was called to the Severn Trent plant to rescuse her.

The fox fell into a sewage plant slurry pit in Atherstone, Warwickshire, and remaining stuck there all night. 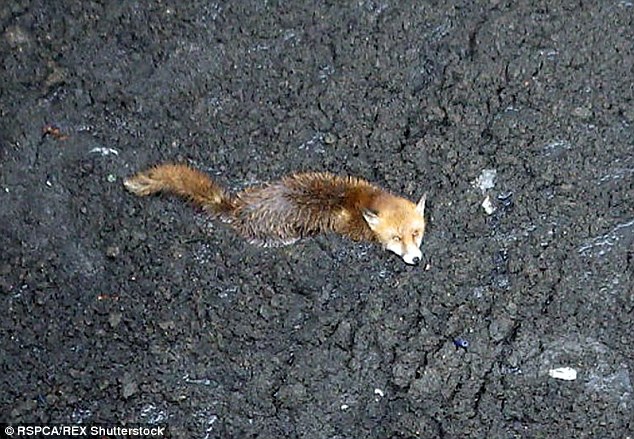 RSPCA inspector Nicola Johnson, who attended the incident, said: ‘Who knows how this fox managed to get herself into this fix, perhaps she slipped and had an accidental tumble.’ Incredibly, the fox was still alert and conscious, despite the noxious fumes associated with slurry.

‘But she was completely stuck when I found her.’ There was no way she would have been able to make her way out without help.’ Ms Johnson said she quickly realised she would need the fire brigade’s help to rescue the fox.

When firefighters arrived at the scene, they used a long pole and net to grab the creature. They then lifted her to safety, before wrapping her in a blanket and taking her to a nearby wildlife centre. 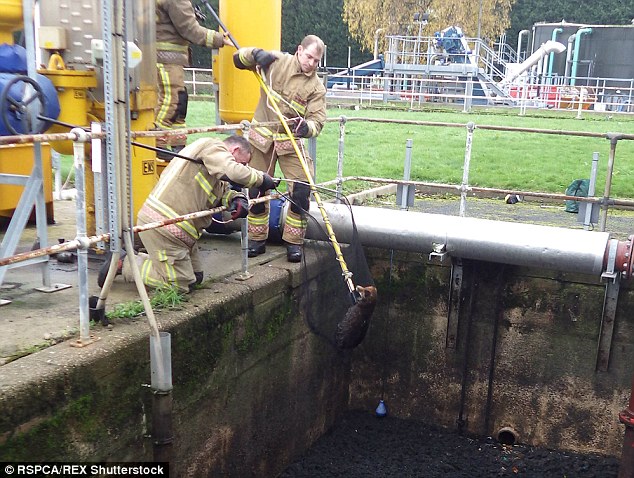 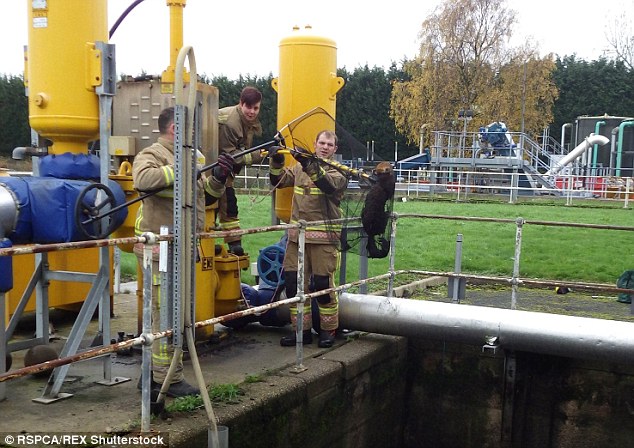 ‘The Alpha Watch team from Atherstone Fire Station were absolutely fantastic. They managed to get her out using an extended long pole and a net, bringing her to safety,’ Ms Johnson said. ‘She was exhausted and shivering and may well have been there all night.’ 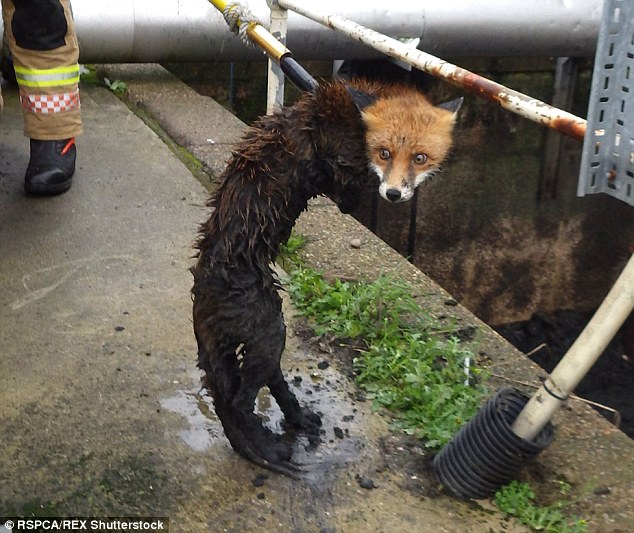 At Stapeley Grange Wildlife Centre, the fox was given a bath and checked over. Although clearly traumatised from the incident, she was deemed healthy, the Tamworth Herald reports. She was later released back into the wild. 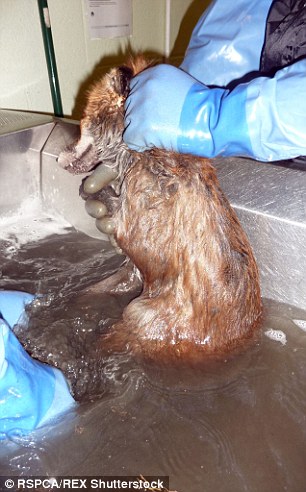 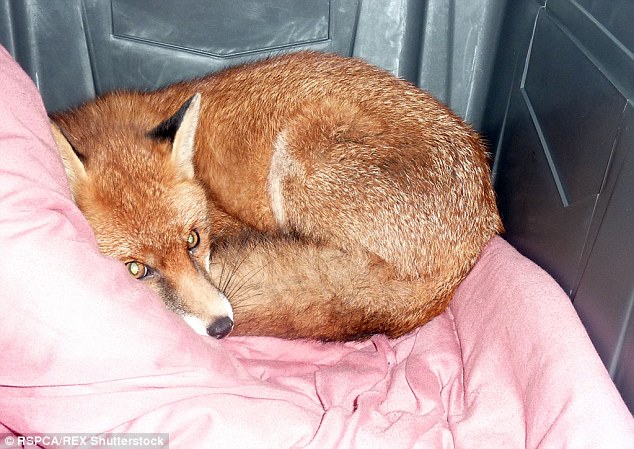 Lady Strolling In Woods Came Upon A Bucket Of Puppies, Picked 1 Up By The Neck