There’s no telling what cruel motive led someone to dump this mother dog and her puppies on a desolate dirt road late last month, trapped inside a sack. But we do know that it was kindness that brought them all to safety. 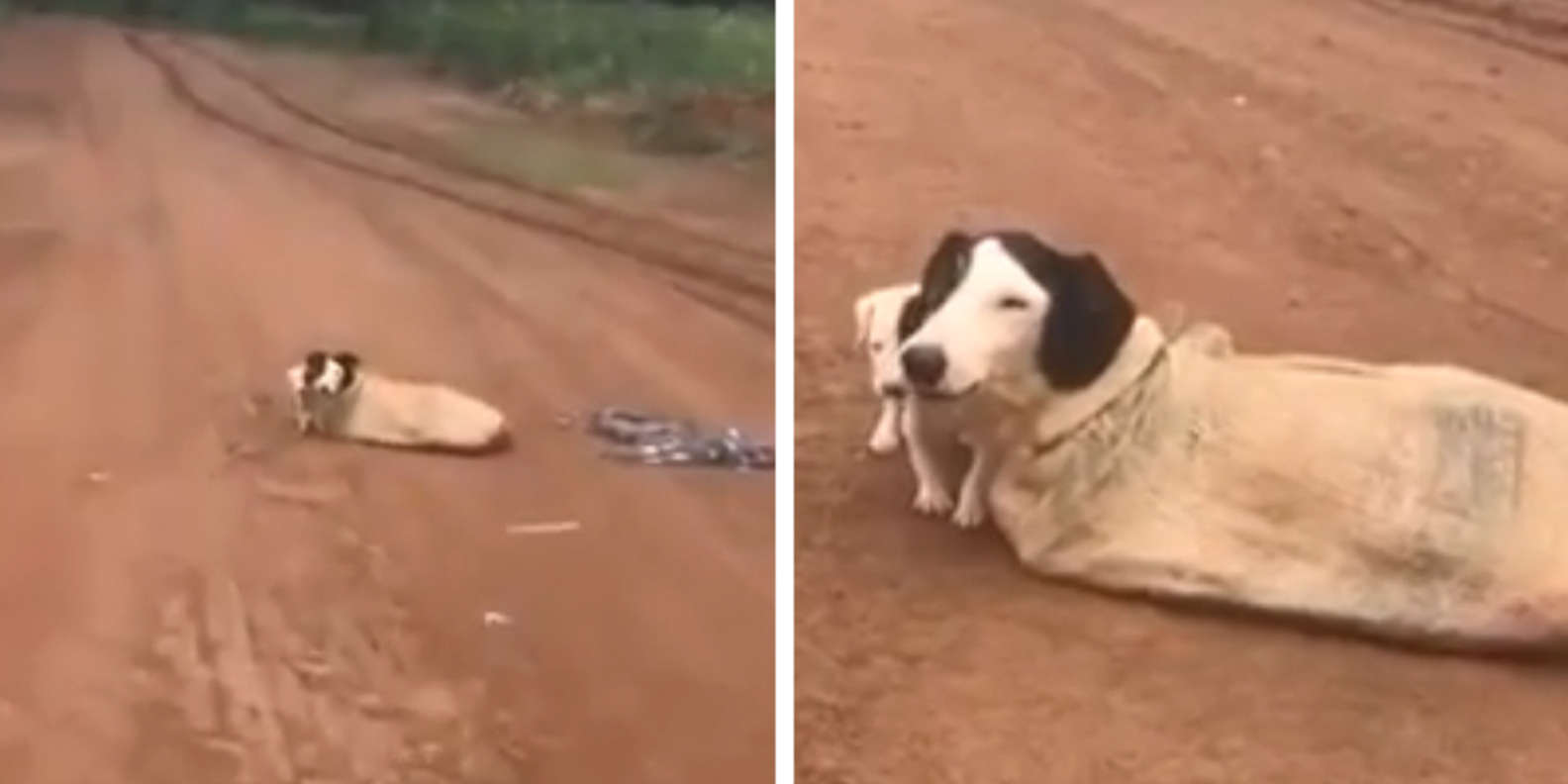 Josiane Almeida, an animal rescuer from Lagoa da Prata, Brazil, was alerted to the dogs’ dire situation and hurried to the spot with her husband to help. Nothing could have prepared them for what they encountered.

“Some of the worst scenes of mistreatment I’ve ever witnessed,” Almeida wrote in a post online. “A sick mother with puppies tied in a sack and thrown in the middle of nowhere. They’ve been there for quite some time.” 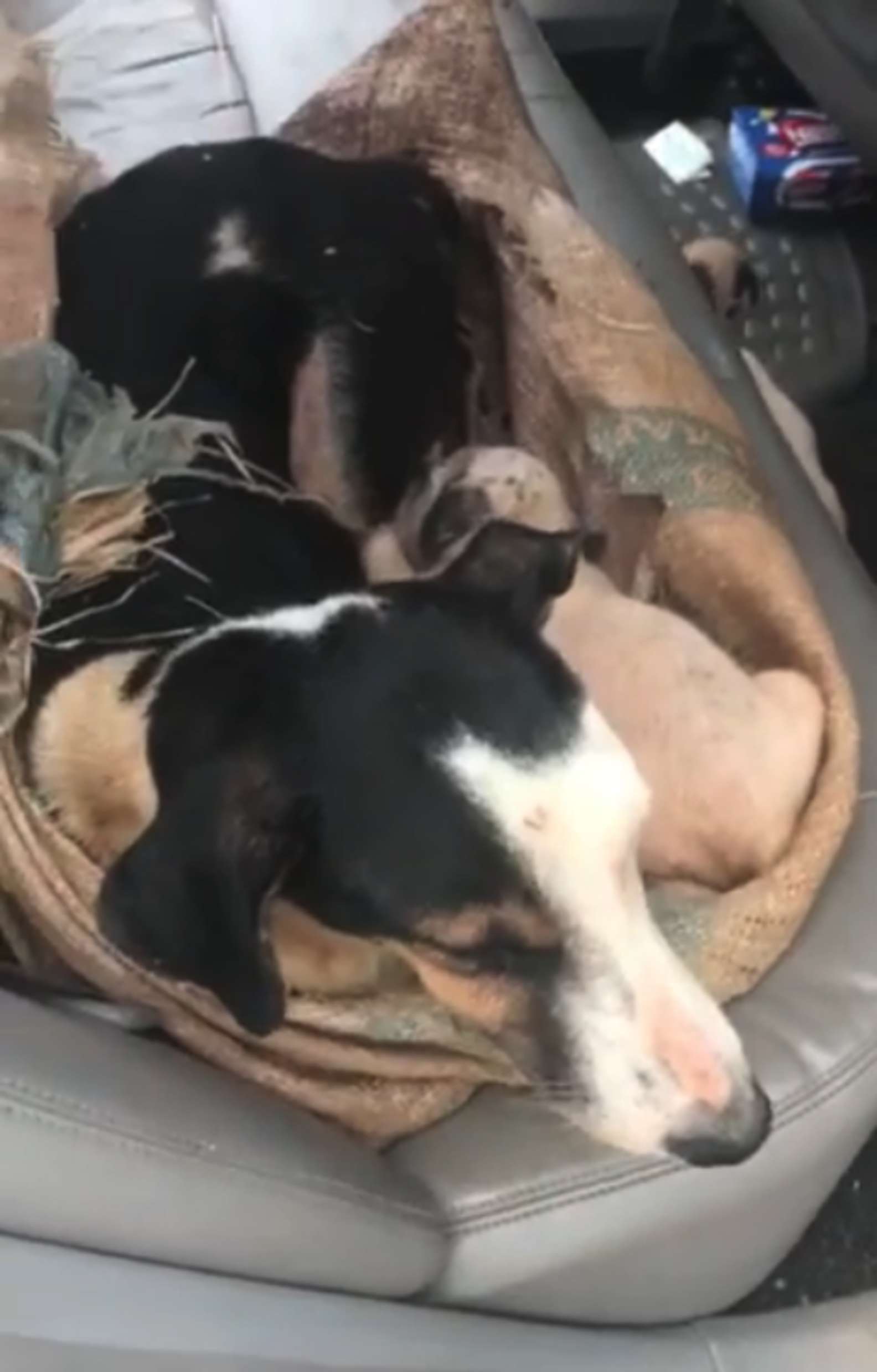 The scared mother dog was understandably wary at first as Almeida approached, but then seemed to realize she was there to help. One puppy stood by her side; three others were trapped in the sack — a little family whom some cruel person had discarded like garbage.

This is the moment that things began to change for the better:

All four puppies were weak and hungry, and the mother dog appeared to be suffering from an unknown health issue.

But at least now they were in good hands.

Almeida brought the dogs to her house to eat, drink and rest after their horrifying ordeal. 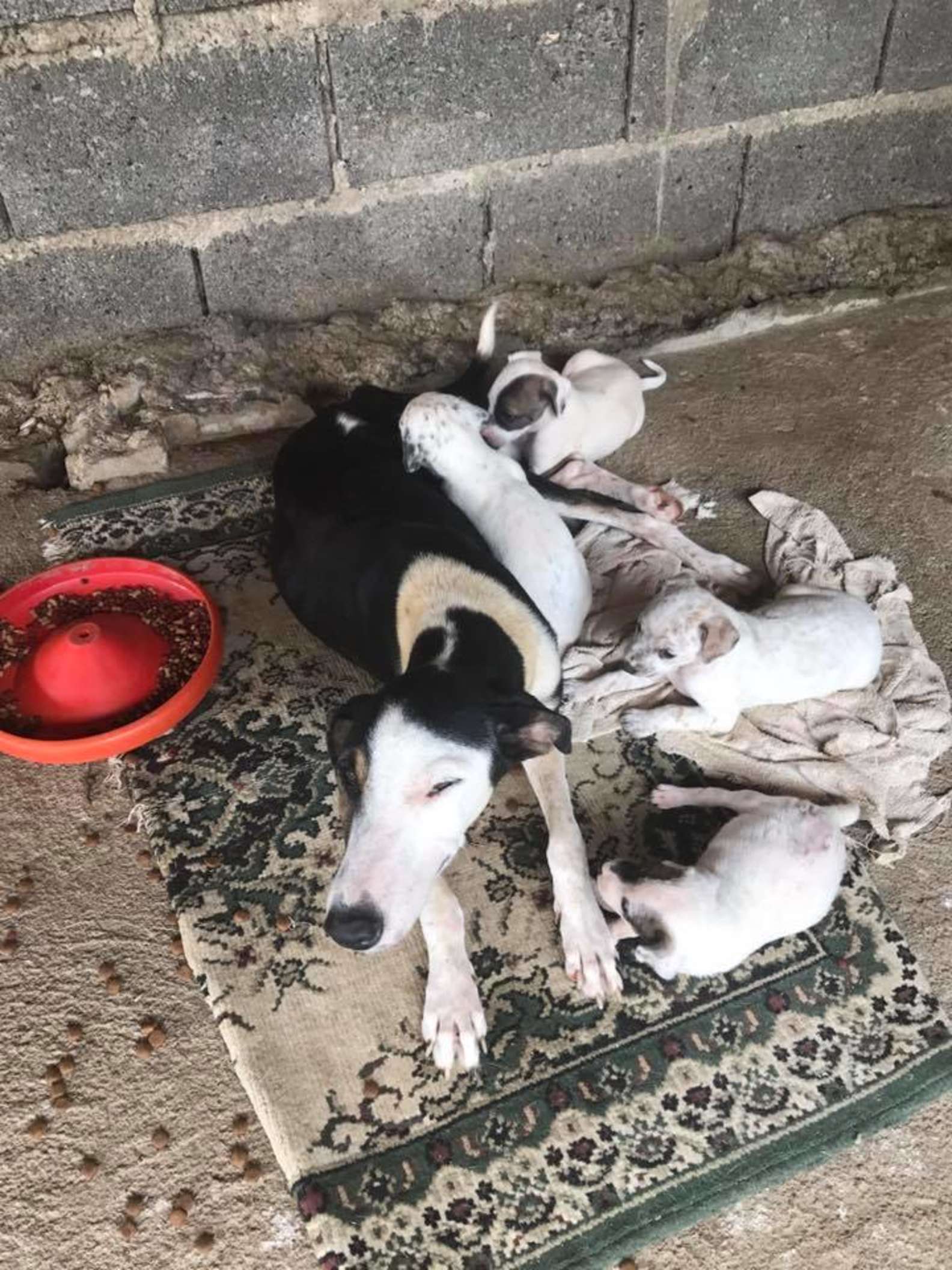 Later, Almeida enlisted the help of her town’s veterinarian. The puppies were deemed to be in good health, but their mother was found to have a malignant growth that would require immediate treatment.

After posting about the need for donations on social media, Almeida’s friends and followers stepped up to cover the cost of the dog’s chemotherapy. 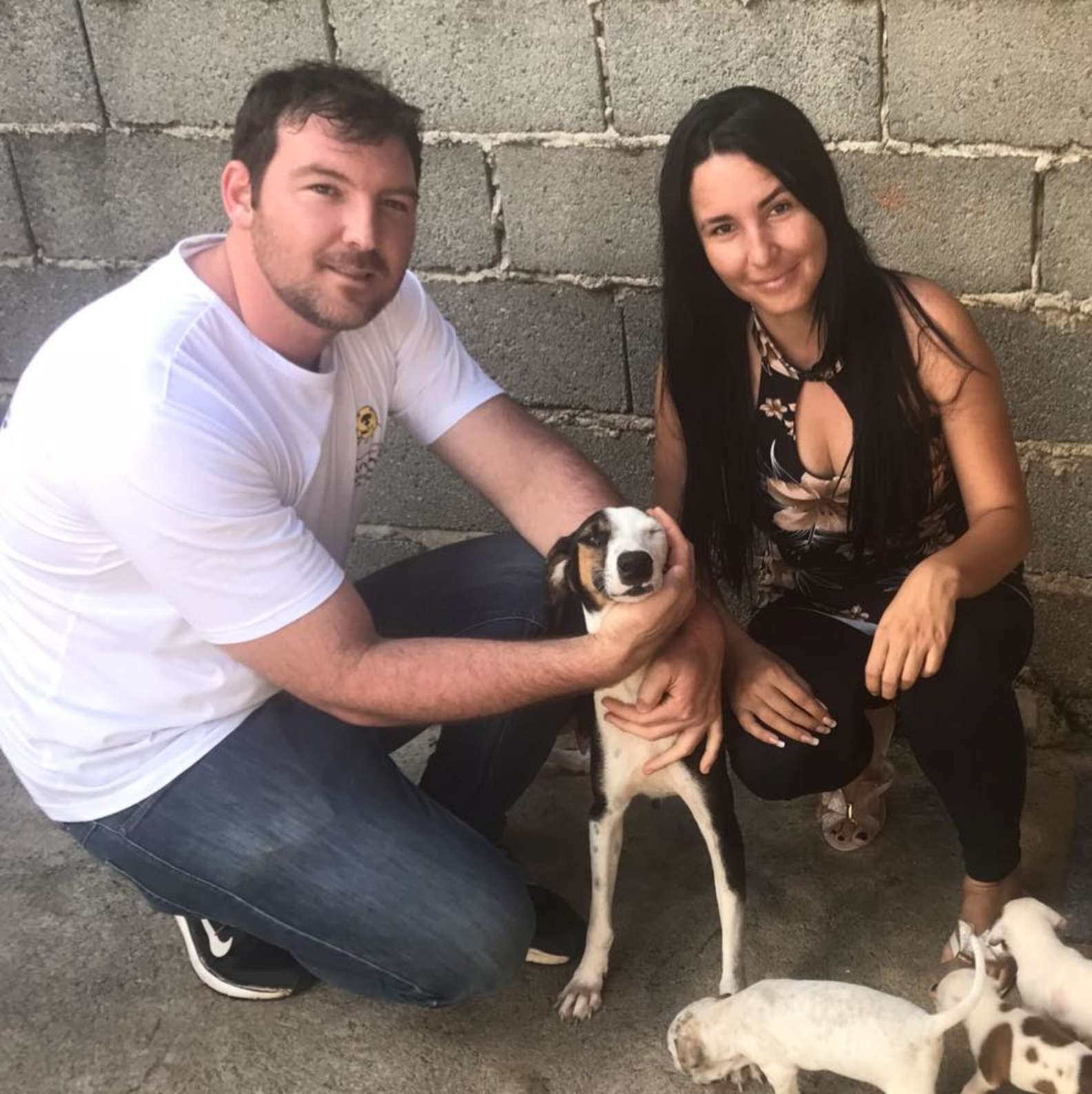 The mother dog has begun her first round of treatment and seems to be responding well — her spirit buoyed, no doubt, by the fact that her babies are all safe and being cared for. And, when the time is right, all will be made available for adoption into loving homes.

Indeed, these dogs have much to be thankful for. But Almeida counts herself as grateful, too. 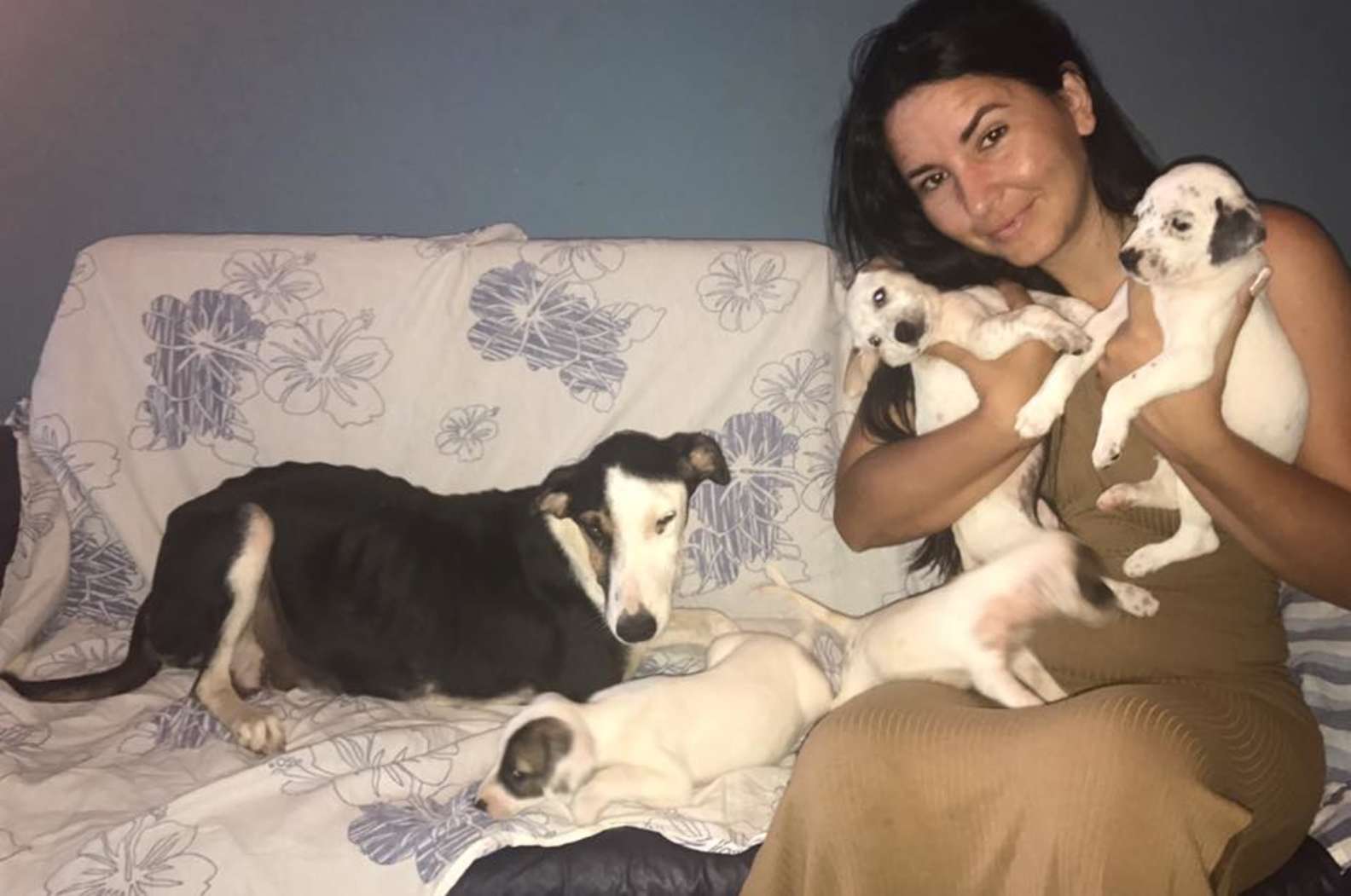 “Before, this family was smothered in a sack tossed out to die, but as God is good, we managed to get them out of suffering! They live well with me today!” Almeida wrote. “Thank you God for giving me this opportunity.”

Blind Woman With Guide Dog Harassed Trying To Get On Bus, Driver Steps In To Find Her A Seat

Blind Kitten Has “Defied All Odds” To Live A Blissful Life

Man Risks His Life To Save Dog Drowning In Frozen Pond