This is Odin — a little dog with little paws, little ears, and a little tail that wags when he’s happy. But recently, on the little pup’s big day, one thing about Odin was anything but small. 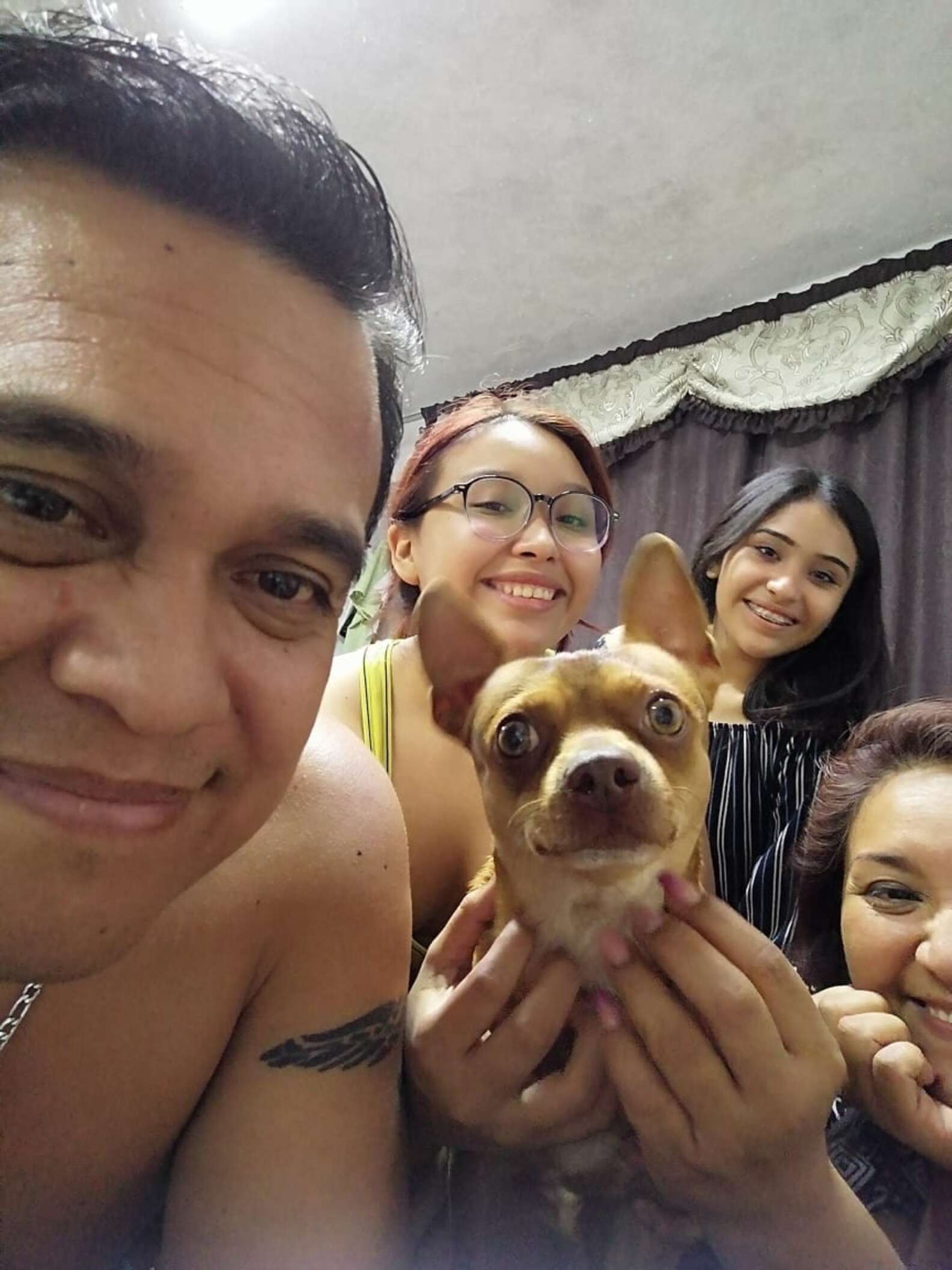 Odin lives in Mexico with Joyce Cetina and her family. Each and every day since the family adopted him 3 years ago, Odin has showered them with love and affection.

“He’s a very faithful companion,” Joyce told The Dodo. “He loves to hug and play.”

Earlier this month, as Odin’s birthday approached, the Cetina family decided go above and beyond to celebrate it. They threw Odin a surprise party to show how much they appreciate him.

Odin was indeed surprised — and touched to know that they remembered his birthday: 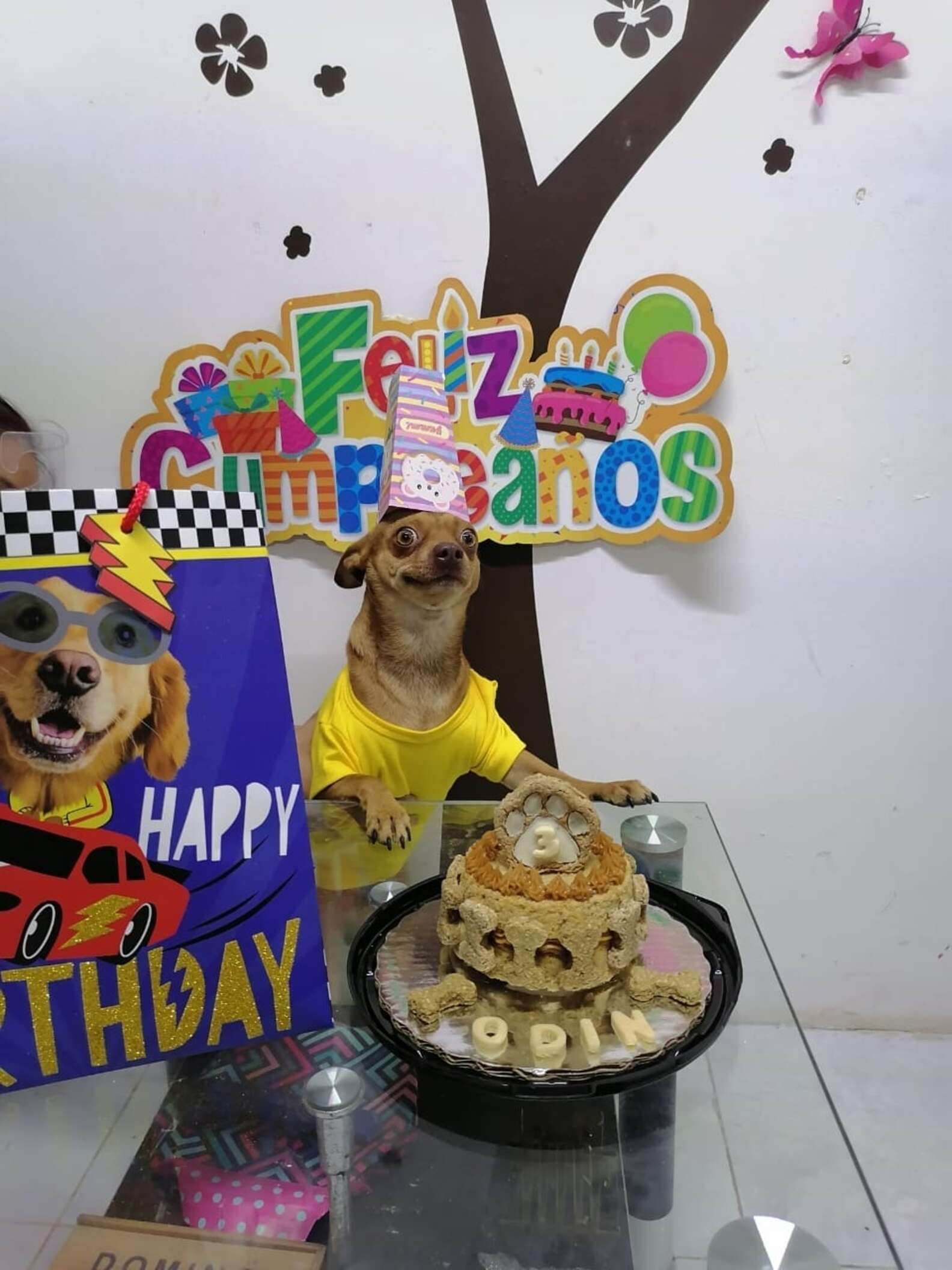 The Cetina’s had ordered a dog-friendly cake, and hung up decorations.

Then they revealed the surprise to Odin. 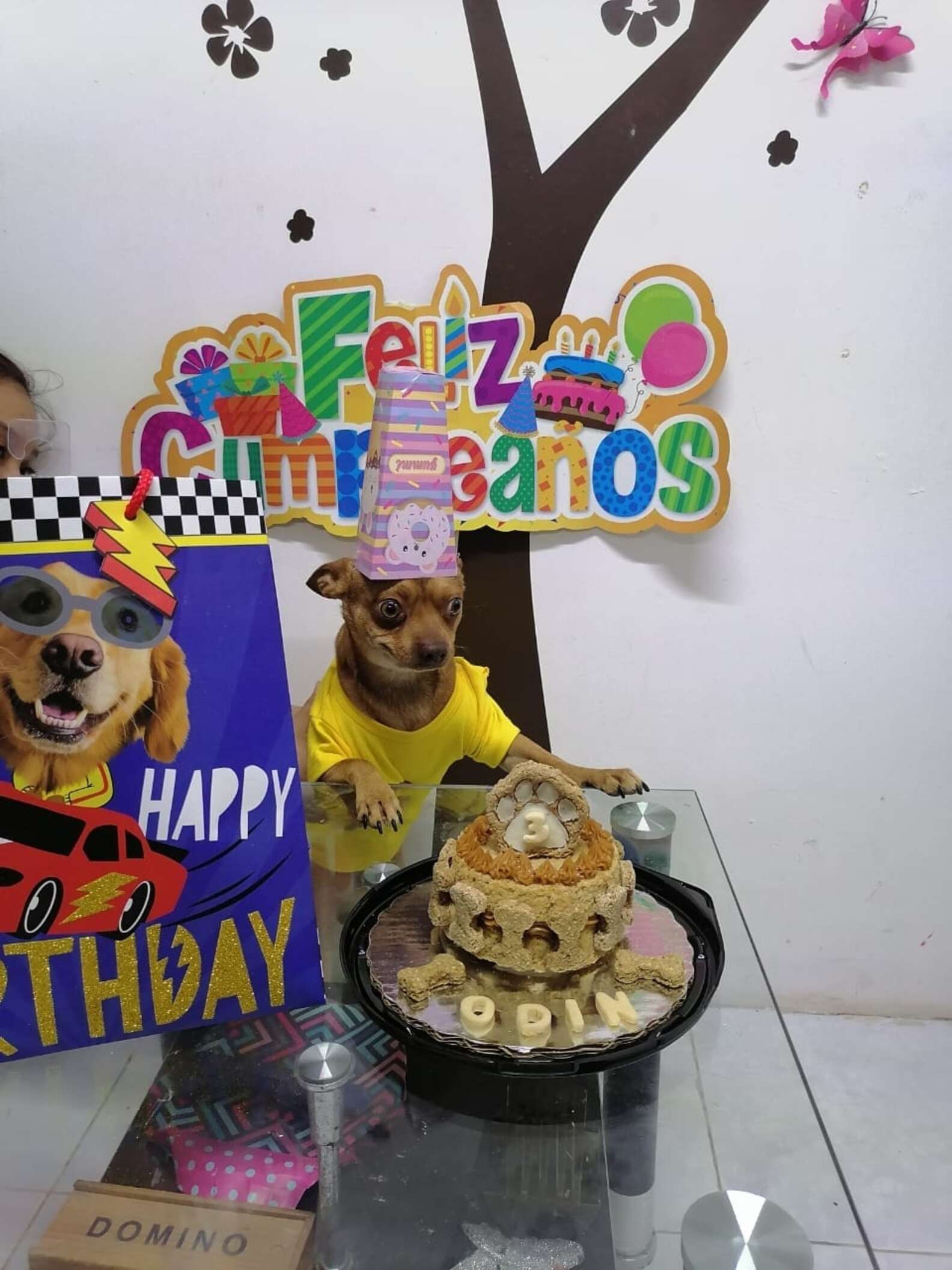 “At first, he was a little confused. He didn’t understand what it was all about,” Joyce said. “Then he saw the attention was focused on him, and the cake was for him. He was very happy.”

No birthday would be complete, of course, without a happy birthday song — and Odin’s was no exception. 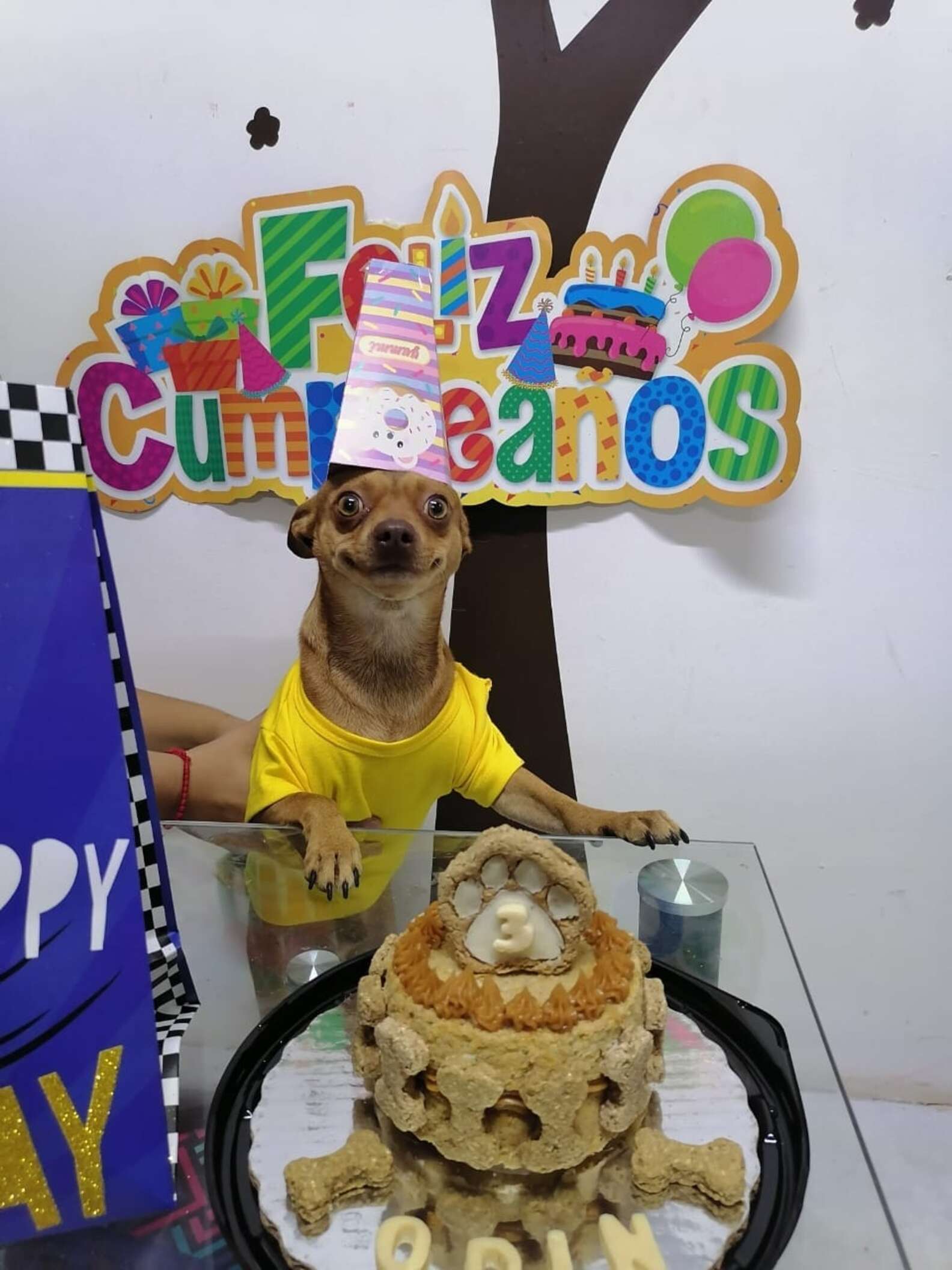 Here’s video of Odin taking it all in (including his special cake): 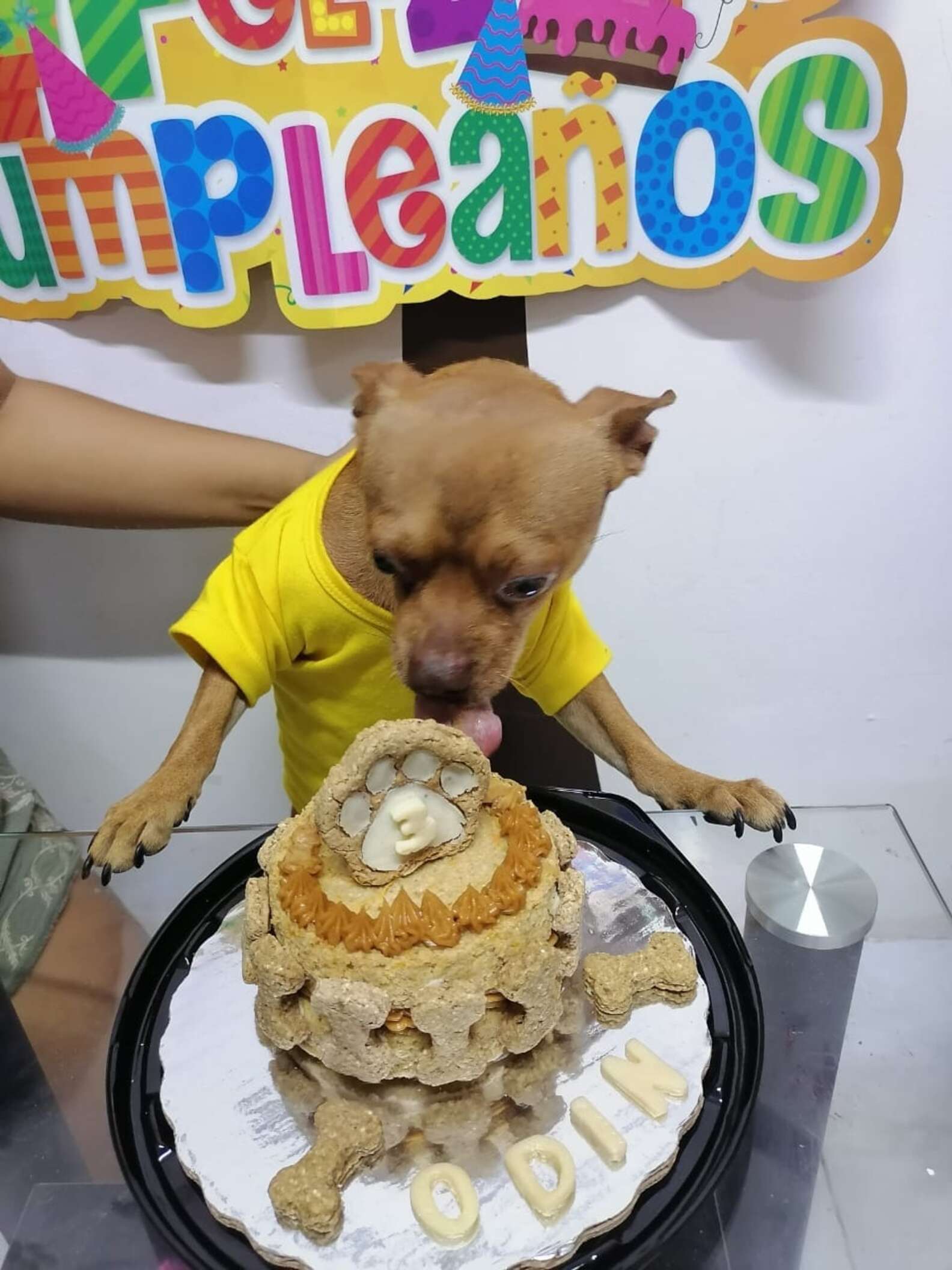 After that, Odin was given several presents, which he also enjoyed. But, Joyce said, “above all, he liked the many kisses and hugs he received.” 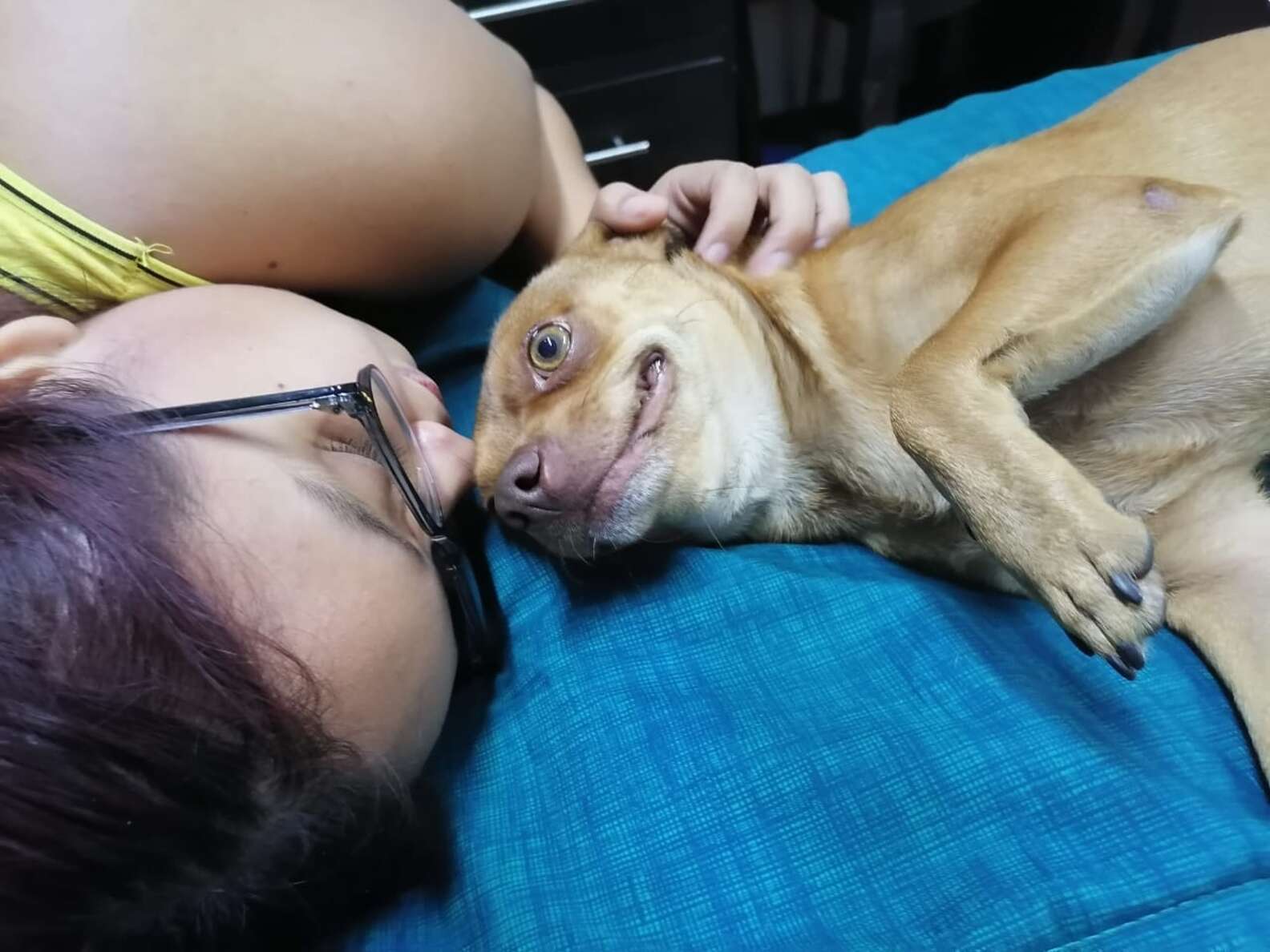 Though technically it was Odin’s big day (or rather the anniversary of the day they adopted him), his family feels like they’re the ones who’ve gotten the biggest gift of all.

“Of course, Odin is loved and pampered all year round,” Joyce said. “But for us, this is an important day because it’s the day he came into our lives. He makes us very happy.”

Cat Gets Depressed When The Christmas Tree Disappears Every Year

Blind Dog Finds Comfort In A Beautiful Friendship With Kitten