You know, sometimes making friends with dogs is so simple that you just need to give them treats, like a piece of cheese, and then they may let you get closer to pet them as if you are best friends forever.

Meet Hippo, a big Pit Bull who suddenly showed up at a man’s house one day and was in a quite bad condition. He had some wounds and they were bleeding that made the dog kept stumbling. He was rescued by Hope For Paws, and this was one of the sweetest rescues ever. 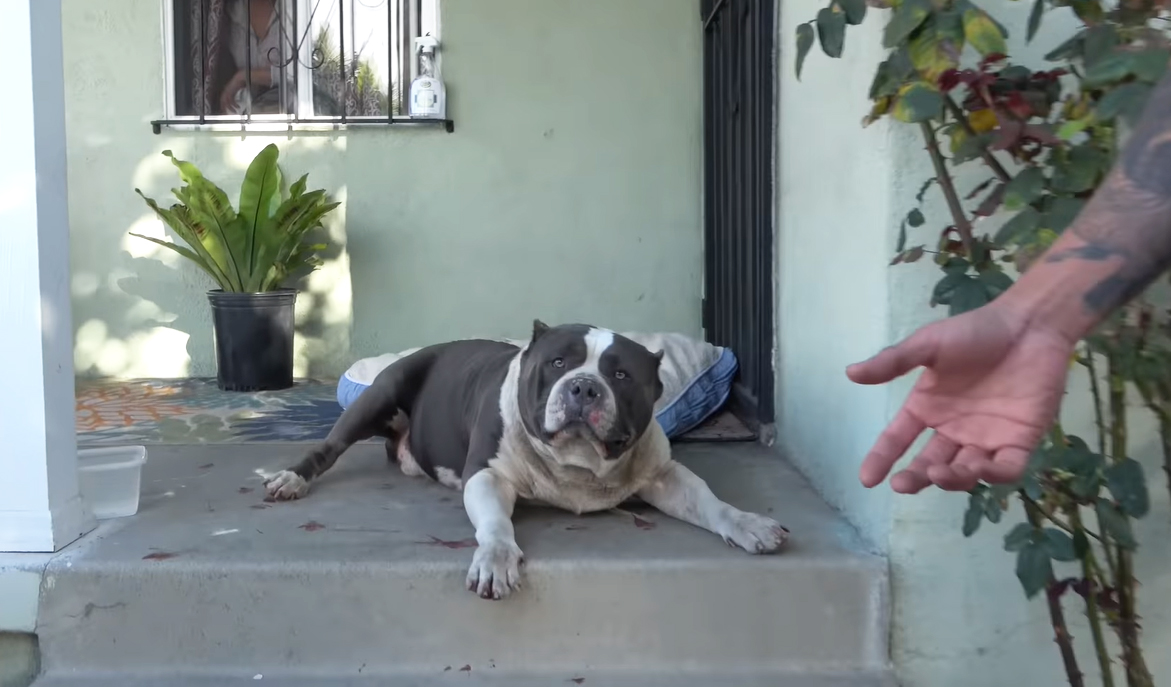 It seemed like he was hungry based on the fact that when the rescue team treated him a cheeseburger, he received it right away despite his own bleeding wounds. Or, that was because he was really in love with cheese. He let them bring him to the car without any protest, he knew they were good humans who would give him the help he needed.

The man who called them obviously didn’t want to leave Hippo, he even shed tears when he petted Hippo for the last time before the team started to head over to their shelter. It was easy to see that this friendly friend Hippo was so adorable that the man had a soft spot for him. 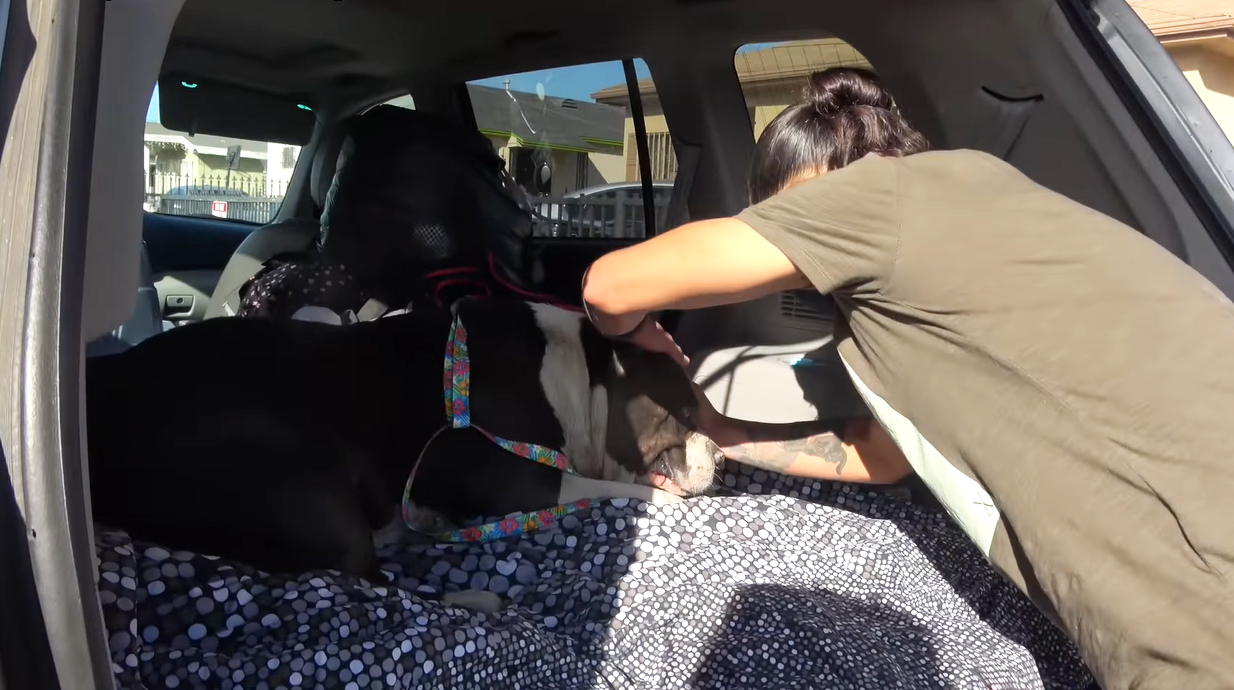 After a health check-up, they guessed the dog was hit by a car and had some road rashes, but fortunately, none of his bones was broken. Hippo was also overweight that made him feel hot, then the team gave him a cool bath and he looked very satisfied. 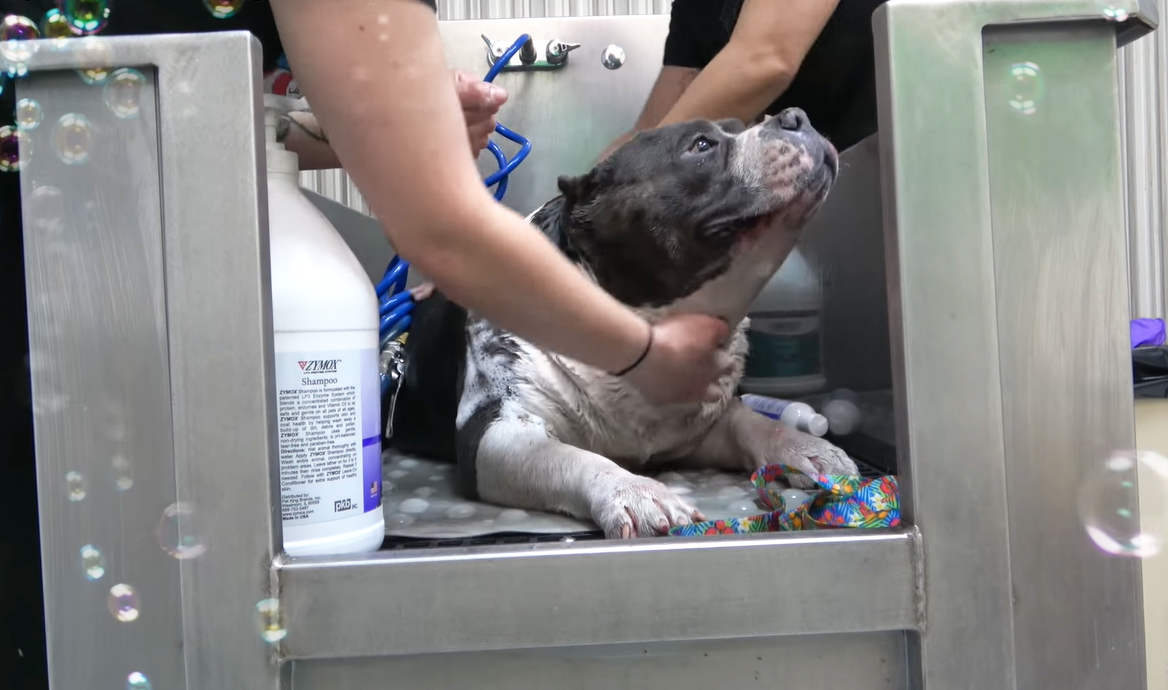 Thankfully, Hippo is being fostered by L.A. Rescue Animal. All of his wounds are healed, he has some new friends to play with and happily enjoys his everyday life. But he is still looking for a forever home. If you would like to adopt Hippo, please contact L.A. Animal Rescue. This cute Pit Bull deserves a loving family. Hopefully, someone will give him a second chance. 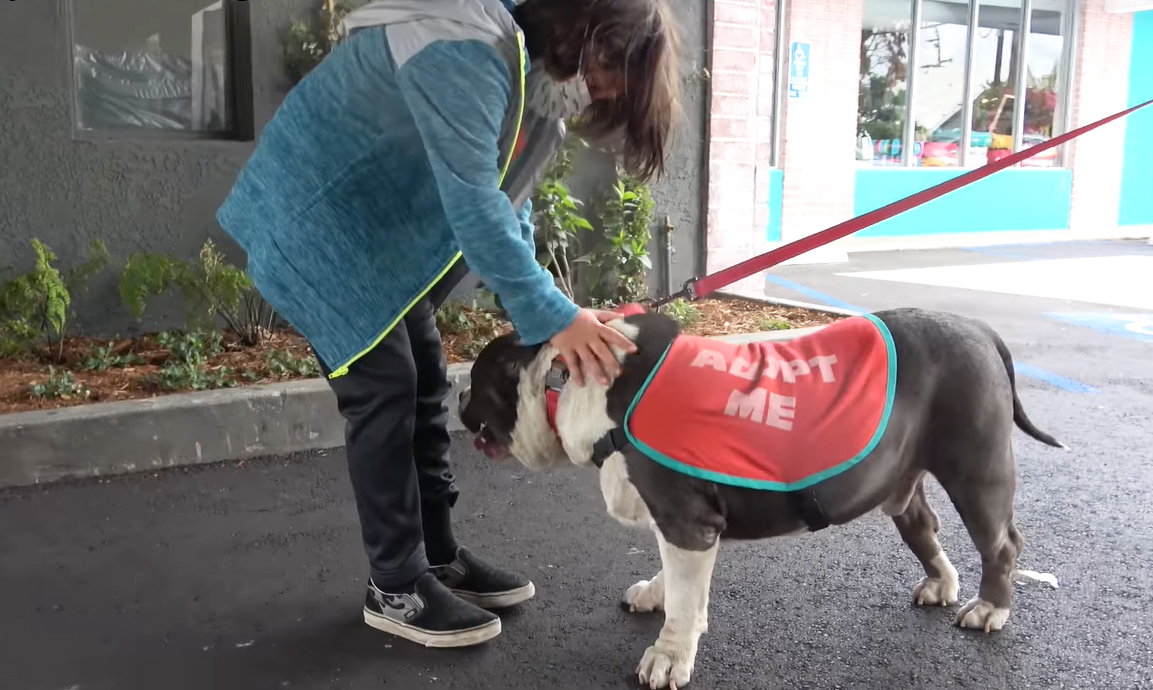 Please share this story with your friends and family!

Old Sad Dog Becomes A Happy Pup After Being Rescued

Cute Puppy Got Scared By His Own Reflection

Puppy Found In Highway And Adopted By Biker Couple – Now Becomes Their “Roadie”!