At Jim Corbett National Park in Uttrakhand State, an Indian elephant was recorded walking along the road but all of sudden, she turned away from the road and pushed her head into the roadside.

This moment was so strange to see. The elephant even lifted one foot off the ground when pressing her trunk onto the grass . 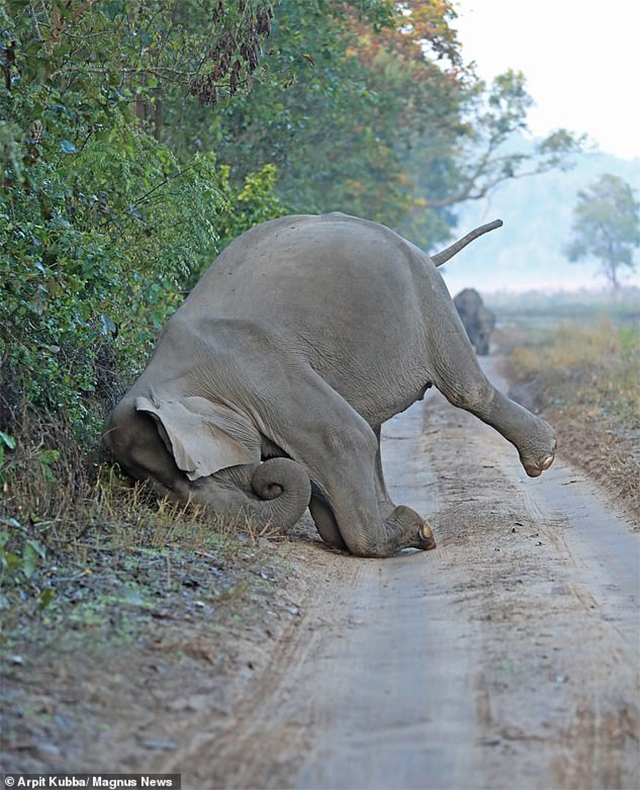 Photographer Arpit Kubba recorded strange behavior and asked his guide what the elephant was doing. 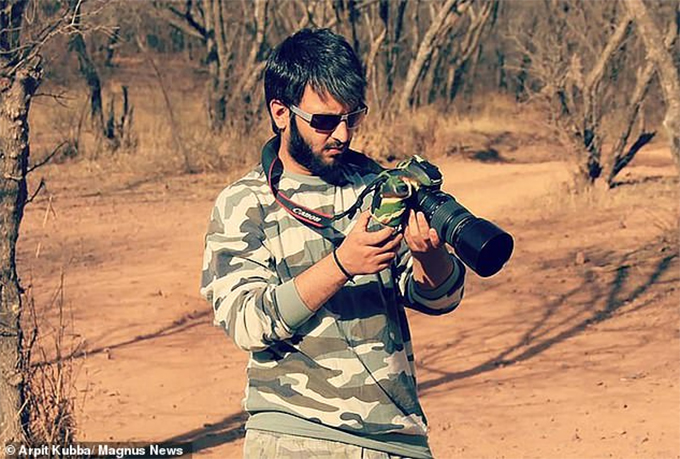 The large female elephant walking along a road moments before it gave itself the mud ‘facial’. 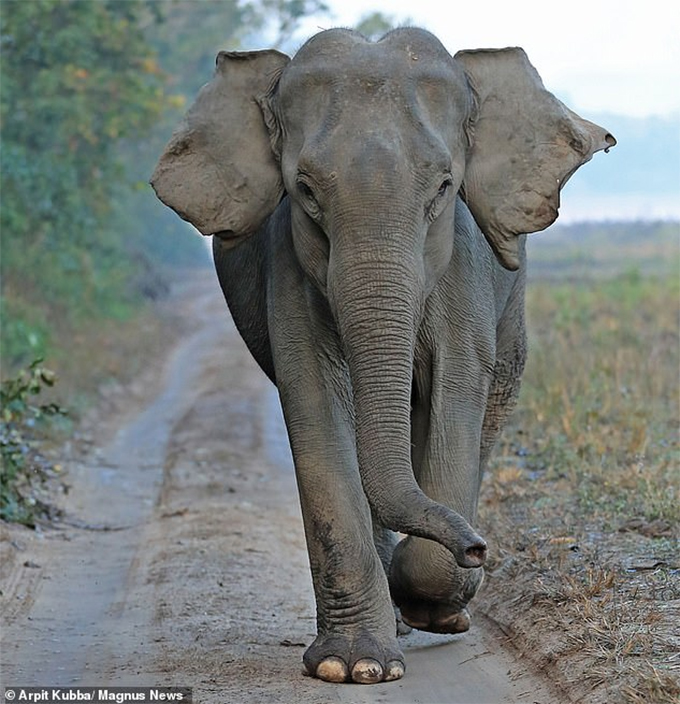 The elephant turned sharply to its right for no apparent reason. They said that the elephant was using morning dew to soothe the itch and mixed the trunk with the soil as an exfoliating agent to remove the skin’s parasite. 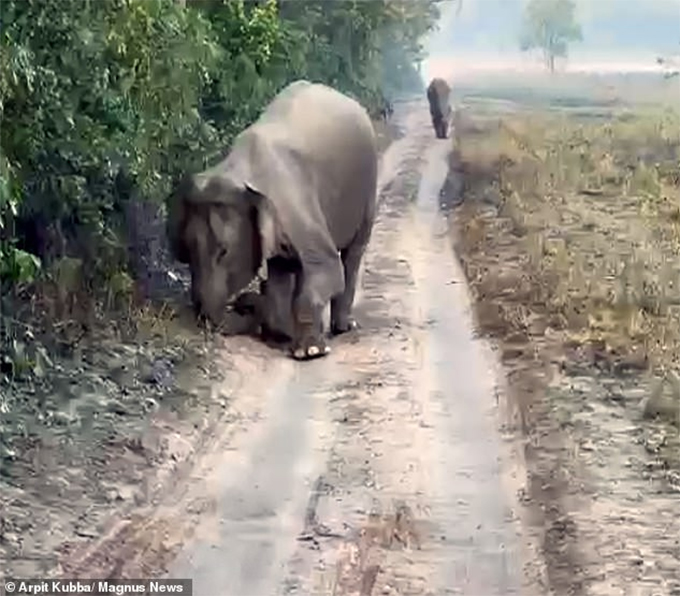 Mr. Kubba said he followed a group of four elephants consisting of two females and two calves. He said: ‘This female elephant is ramming her head normally towards us and all of a sudden it plunges down, and we all asked, “What just happened?”

The guides said that elephants use morning dew to self-treat fly bites and infecting them with parasites that cause itching. They mixed the dew and soil and put it on their bodies to relieve the pain. That’s how elephants treat their own skin because their trunk and forehead are very sensitive, and they don’t want to rub anything hard.

He added: ‘It’s really out of this world to see such behaviors about how these animals use the environment to heal naturally.’

Mr. Kubba used the Canon 1DX Mark II with a Canon 300mm lens to capture still images of the elephant from a distance of 500 yards.

Lost For 3-Years, He Howls With Joy When He Sees His Dad Standing In Front Of Him

Young Boy Reads Books To The Cat His Family Saved