Sterling Davis thought music was his calling, but he left the music industry to pursue his true calling – rescuing cats.

The former rapper took a job at a local shelter cleaning litter boxes in between gigs. While he has always loved cats and usually owned at least one, his time spent with feral cats and rescuers inspired him to be the change he wanted to see in the world.

He reached out to his band and told them he would not be returning. He devoted all of his time and energy to assisting in cat rescues and educating others on the importance of trap-neuter-return (TNR). The only way to humanely reduce feral cat populations is through TNR and this is a message he wanted to spread to everyone. 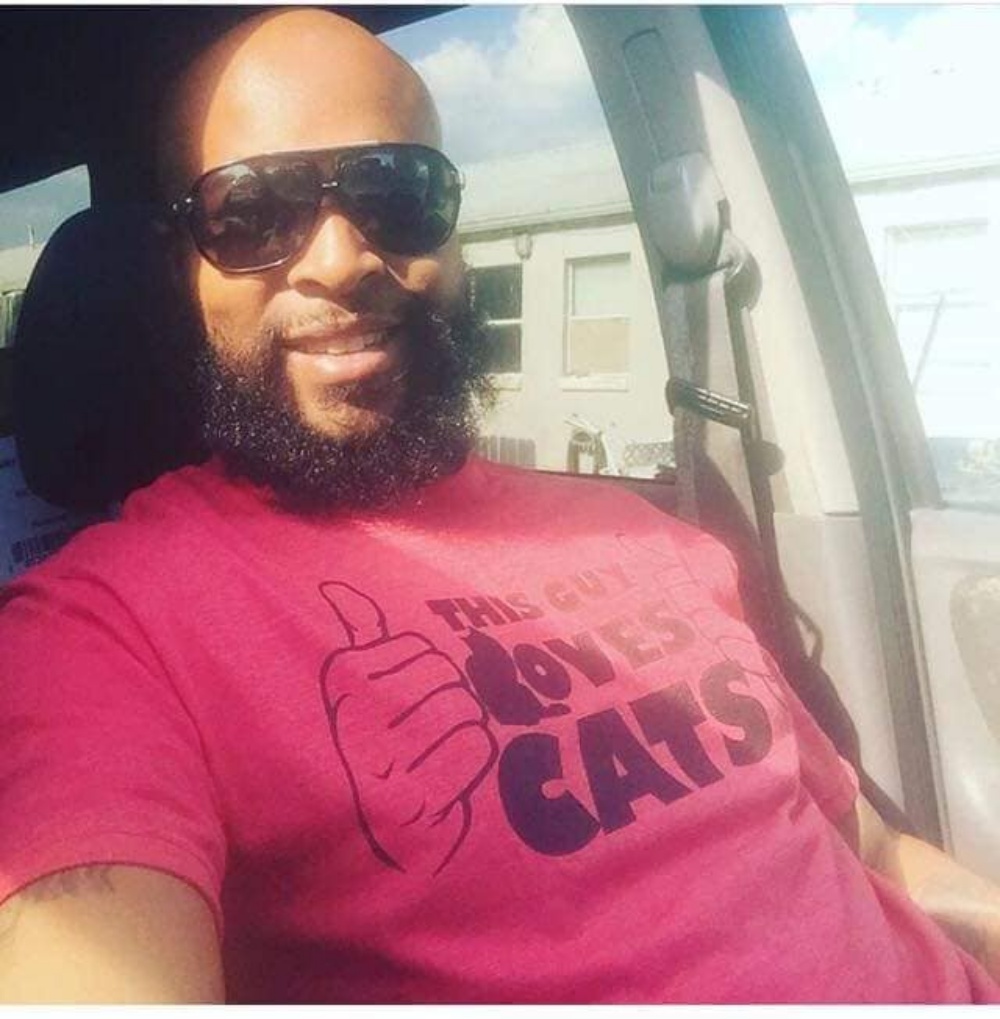 While he’s a proud cat owner, he quickly realized that cat rescue organizations consisted mostly of women. He was the only Black male working with cats at the shelter, but hoped to change that. He saw an opportunity to help save cats and diversify the cat rescue field.

He spent five years in the field performing TNR and learning all he could about cat rescue. He took all his knowledge and passion and started TrapKing Humane Cat Solutions. 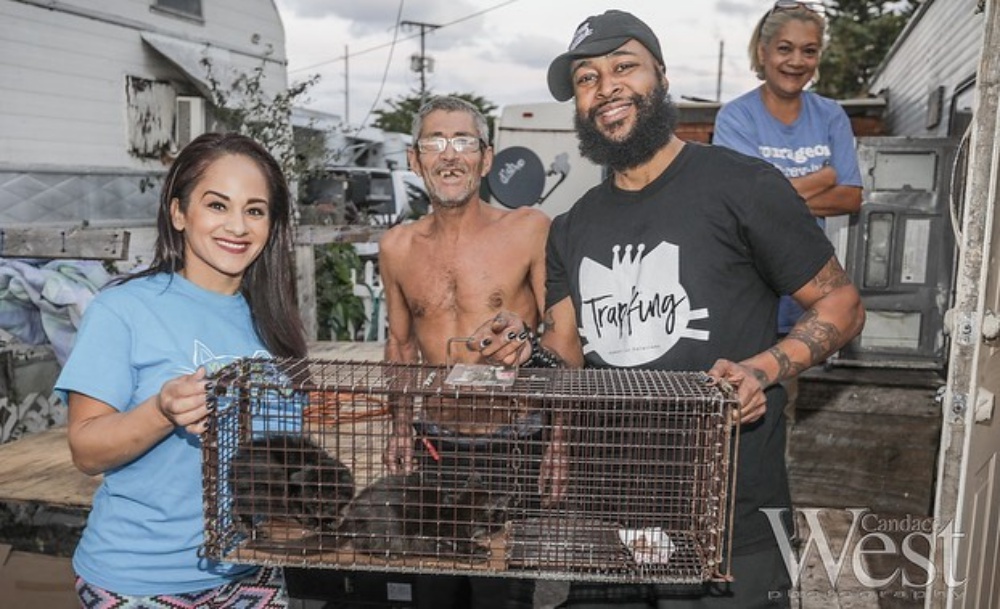 TrapKing, as Davis is now known, made it his mission “to change the stereotypes of not only men in cat rescue, but also bridge the gap in communication between black communities and animal rescue/local shelters.”

He enlisted in the Navy right out of high school and said his military background combined with his entertainment experience helps him connect with people of all ages and race.

“I think being in the military, being around different people, different cultures and being in entertainment is what actually helped me better communicate with all types of people and better communicate this mission,” he told Today. “I’ve literally been pushing to make TNR community cat care as common as recycling and get more people engaged in so many fun ways.” 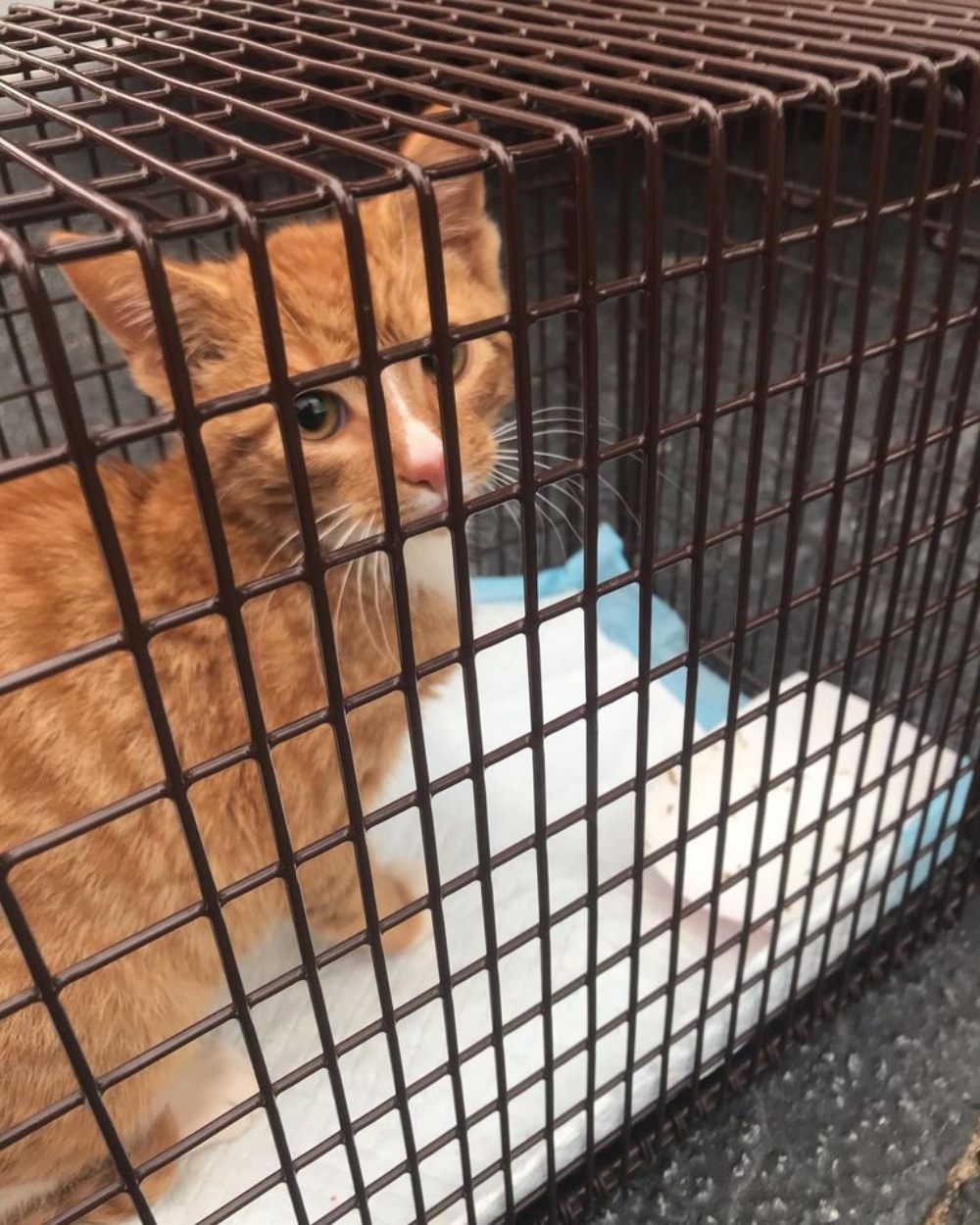 He realized the dire need of TNR programs in communities across not just his state of Georgia, but the entire country. He hopes to soon travel with his rescue cats Bowie, Damita Jo and Alanis Mewissette across the country promoting TNR and helping local shelters along the way. 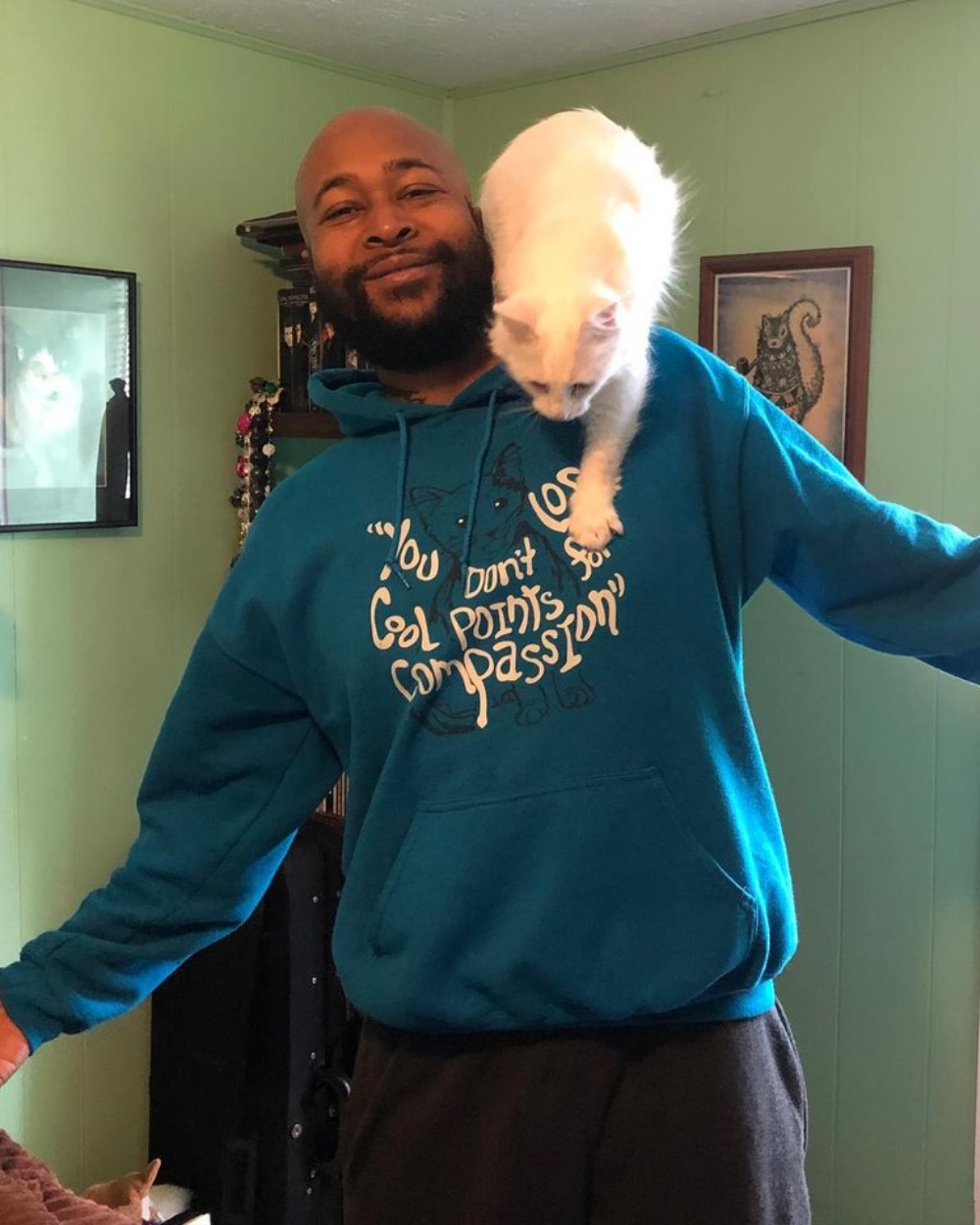 Children are the future and Davis has incorporated them into his education of TNR programs and cat rescue. His motto is “You don’t lose cool points for compassion.” He’s even urging Boy Scouts and Girl Scouts to add a TNR badge to reach even more young people. 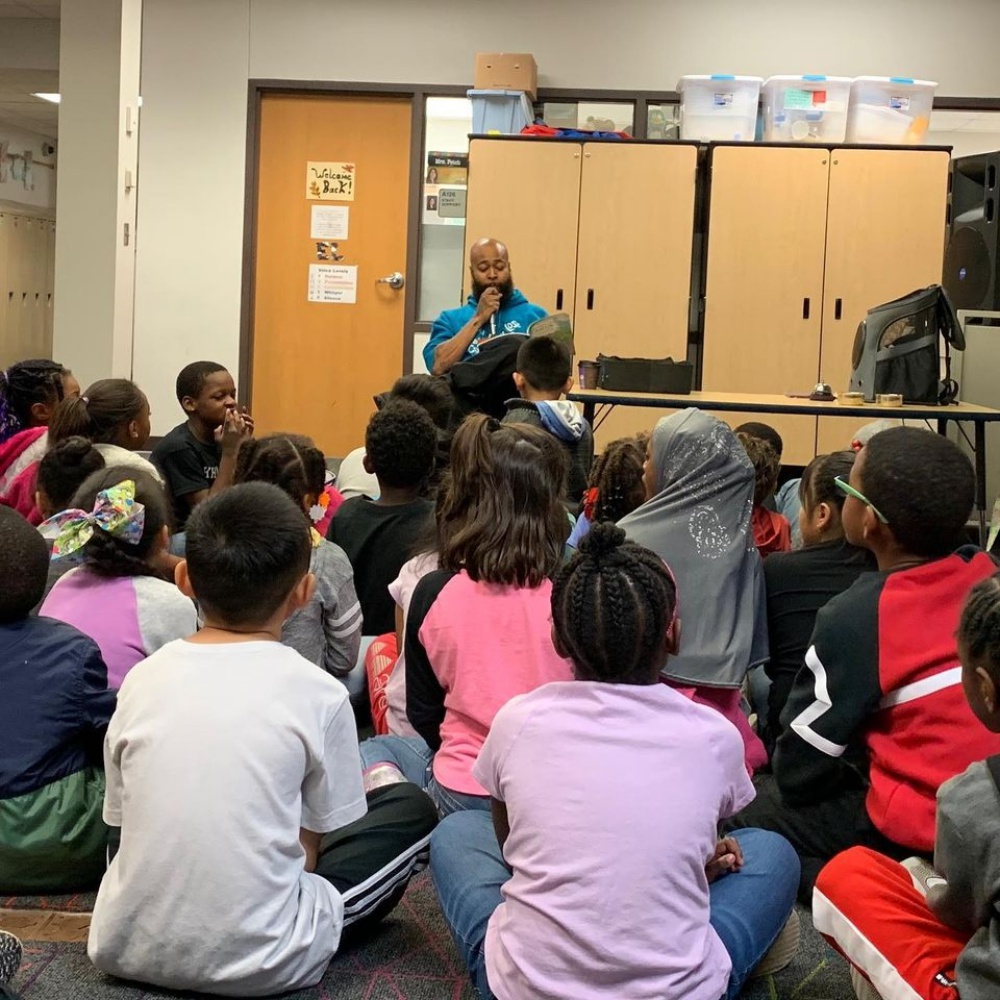 In the meantime, TrapKing is working with Java Cats Café in Atlanta to help find homes for rescued cats. While Davis still believes in returning feral cats to their colony after they are spayed or neutered, some are better suited as indoor cats. 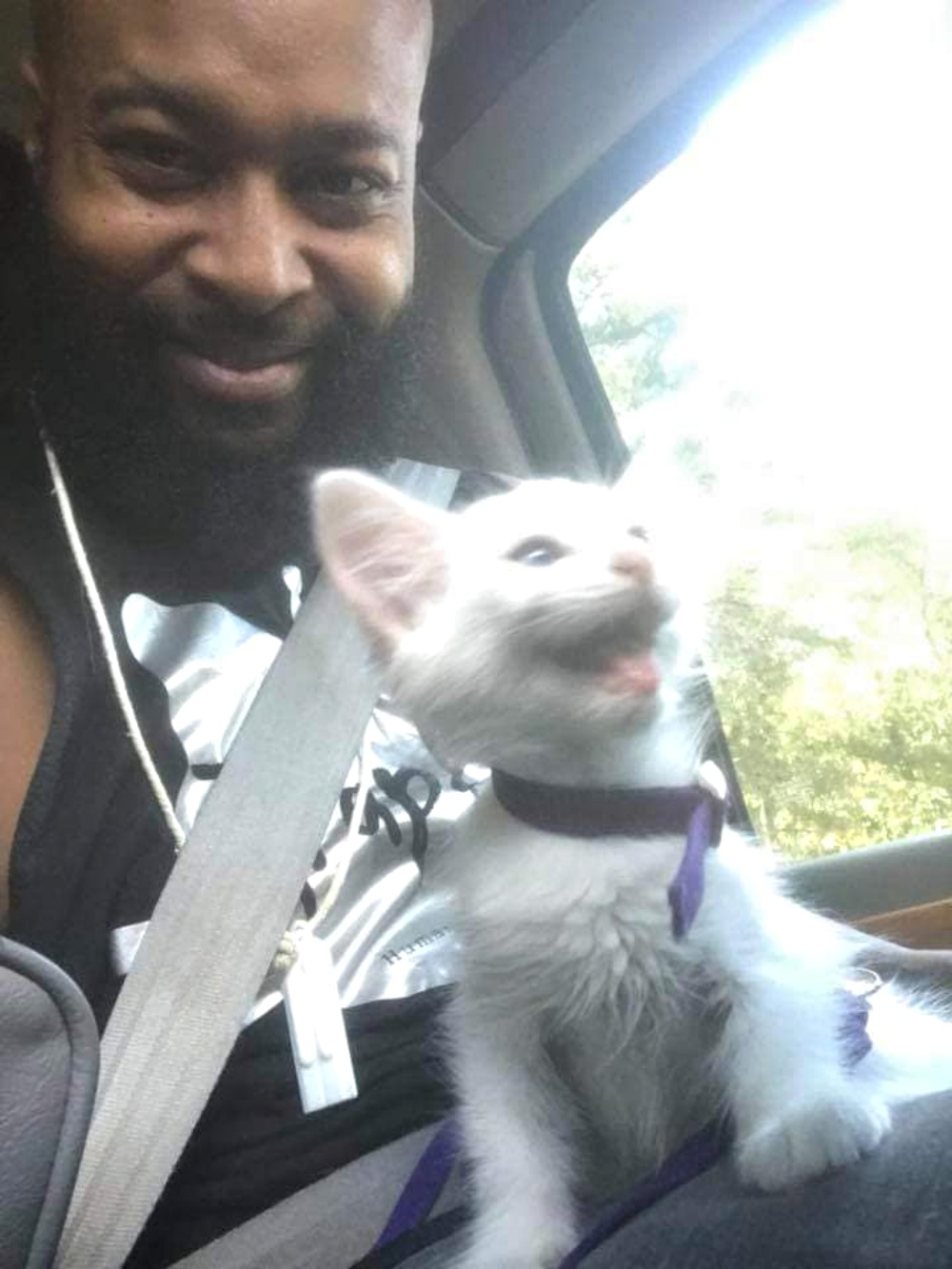 Rescuing cats is the focal point of his organization but he hopes to bring people together through a common cause. “I think something as selfless as rescue could be an example to the world of unity and working together,” he said. “So I want to put that out there.”

Davis has found a way to incorporate his love of music with rescue cats through his trap and release videos he shares on social media. Watch TrapKing in action and enjoy his original music in the video below.

Dog Adopts Baby Goats And Can’t Stop Cuddling With Them

Puppy Tied Up Outside Apartment Building Makes A Stunning Transformation

Dog Has The Sweetest Reaction After Accidentally Ripping His Favorite Pillow

‘We All Have This Friend’: Puppy Keeps Hilariously “Ruining” Group Photos, Goes Viral