Sometimes when the owners cannot care for their pets anymore, they do not think about bringing them to some shelters to ask for help. They just abandoned them regardless of what risks the innocent animals may have to deal with when they are all alone. It’s such a cruel action.

The rescue team of Hope For Paws headed out right away to rescue an abandoned dog living at an auto shop. They were told that the poor dog was left here for eight months since her former owners moved out. 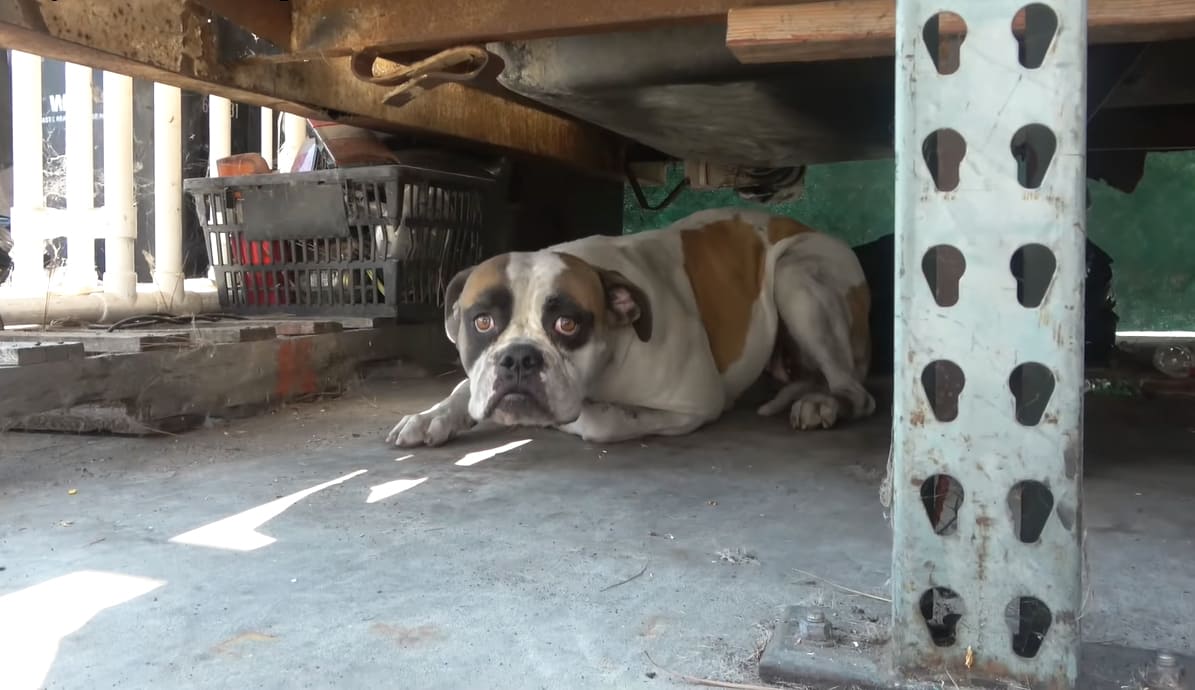 The dog was in not a quite bad condition, yet she looked so sad. She friendly received the treats they brought her at first, but the pavement seemed so hot due to the weather so the dog went back to her place. She was a bit shy that she kept a distance from the rescuers, staying still under a car and it became difficult for the rescuers to complete their mission of bringing her to safety. The frightened dog did not move that the rescuers had to take some time to get her into the cage, her tail was in between her legs and it showed that she was scared. But soon enough, she looked relieved as if she knew she was in safe hands. 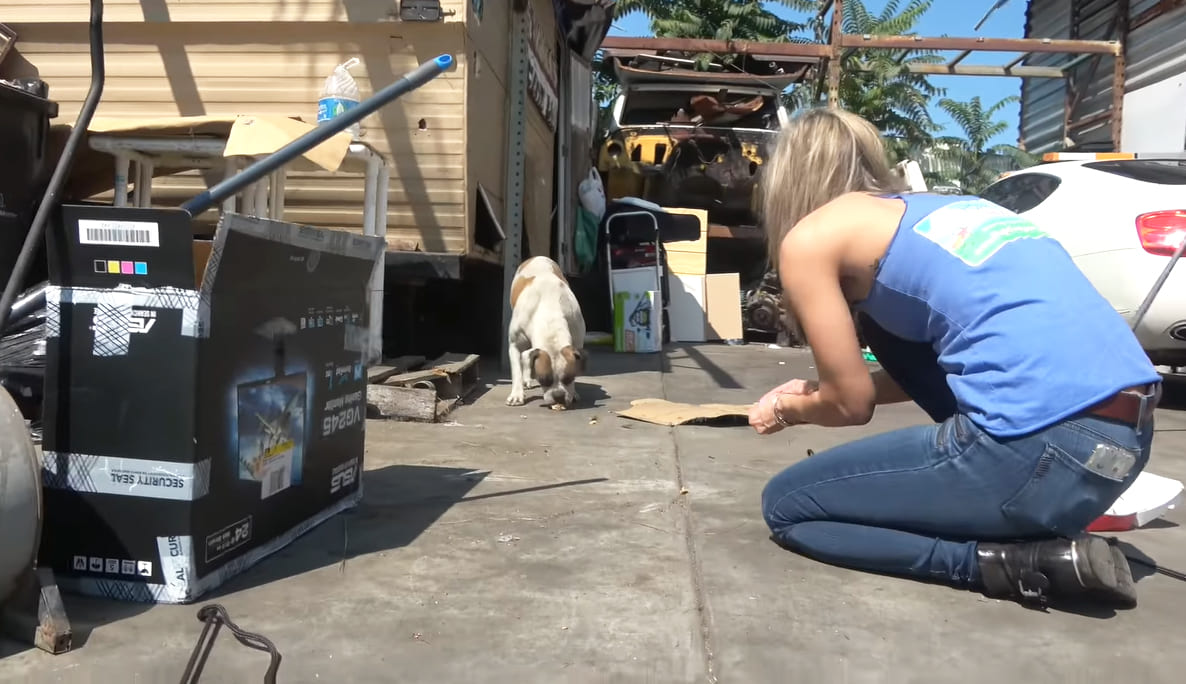 They named her Blue Bayou and brought her to their shelter. She really needed a good bath because her body was covered in motor oil. The sweet girl just obediently enjoyed her bath, it had been too long that she received such gentle care. But she was obviously traumatized after her rescue that was undoubtedly the consequence of being abandoned in the past. 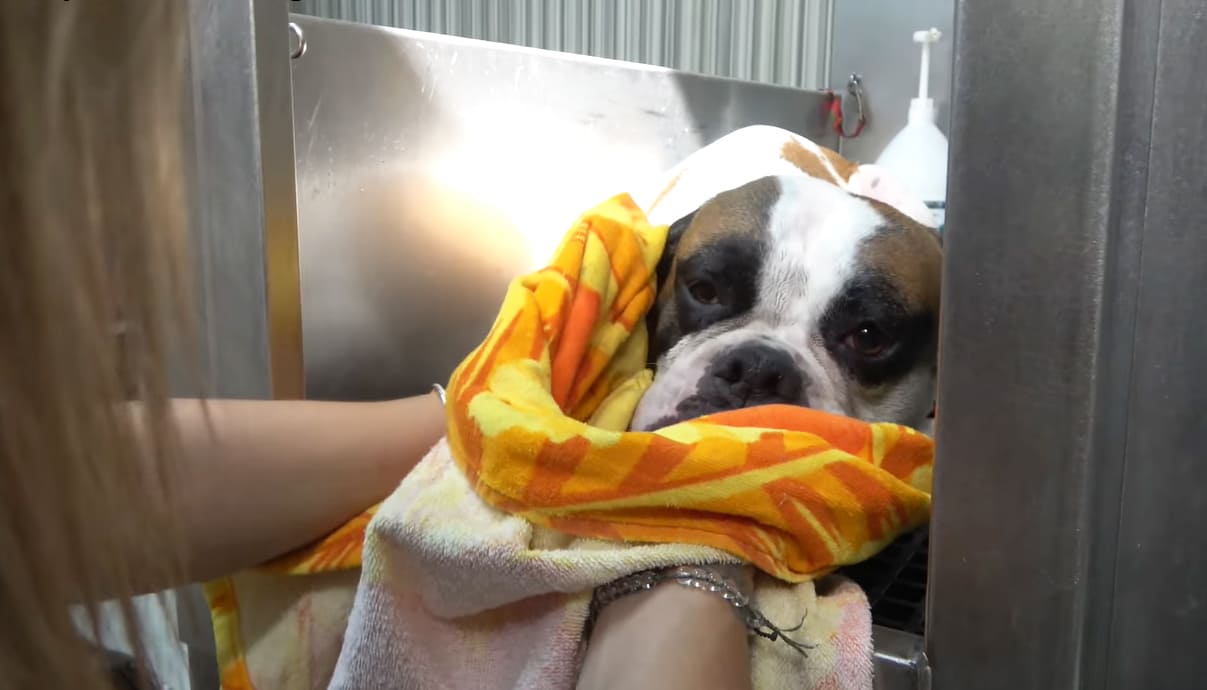 Thankfully, as time went by, Blue Bayou gradually became more active and sociable. She played joyfully with her new friends, and her face looked much happier compared to it before. She deserves a life full of love. 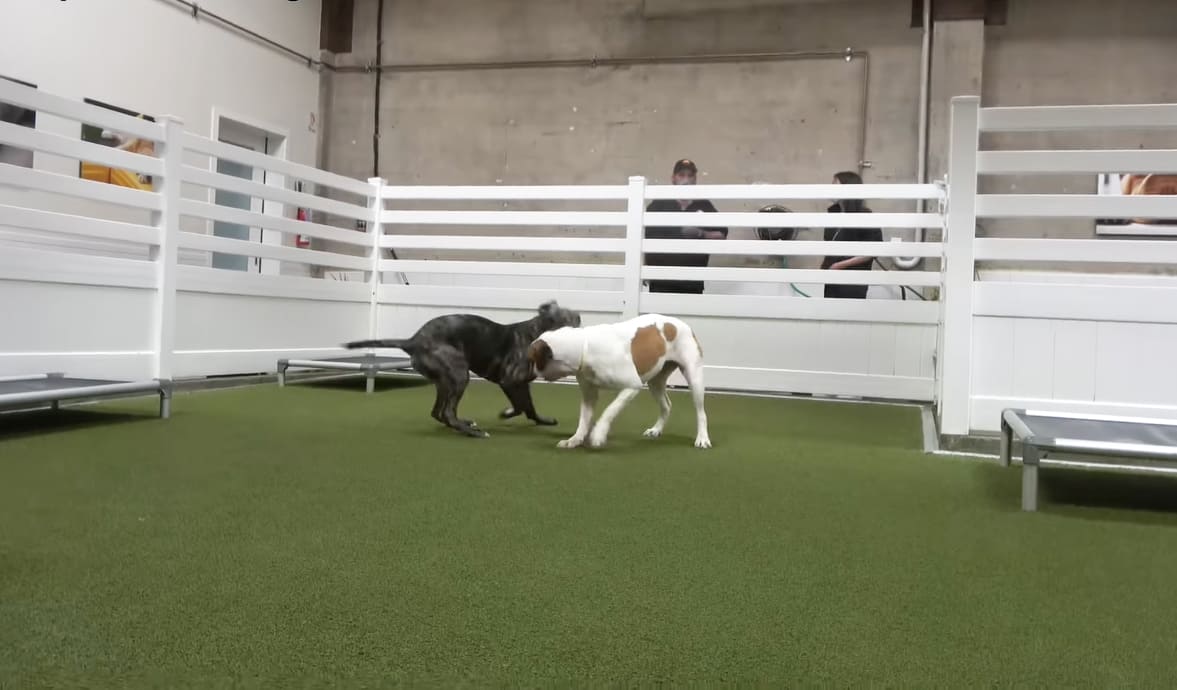 Now Blue Bayou is ready for a loving home, please contact It’s the Pits if you would like to adopt her. Hopefully, the adorable girl Blue Bayou will find her forever home soon.

Please share this story with your friends to help Blue Bayou find her home.

Abandoned Dog Follows Couple Home And Decides To Stay With Them

Injured Dog Was No Longer Homeless, She Got An Amazing Home After Being Rescued