After spending hours trying to catch an abandoned German Shepherd without success, Stray Rescue of St. Louis was very worried about leaving him out in the cold for the night. Below freezing temperatures have swept through the American city for the past week and the rescue has been working non stop to try and save as many strays animals as they can.

Having recently lost a mama dog and her pup to the cold after finding them too late, the rescuers were determined not to lose another dog when they answered the call regarding a German Shepherd running loose on the streets. 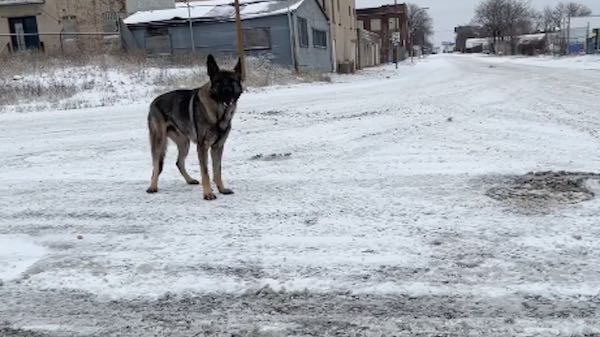 “We tried to rescue this very BIG and very SCARED dog ALL DAY yesterday,” Stray Rescue of St. Louis wrote on Instagram. “He came close to us but cars scared him away and the leash spooked him even more than the cars.” 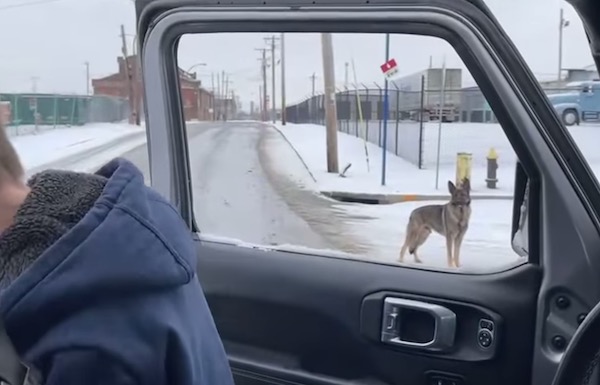 When coaxing him to them didn’t work, they tried to lure him into a trap. But that didn’t work either. “He was so tall, he kept tripping the trap with his body,” the rescuers explained.

They could see the German Shepherd was feeling the chill. “He ran across busy streets and lifting his feet so we knew he was cold and had nowhere to go. Truckers told us he was dumped.”

Unable to catch him and with night approaching, the rescuers had to give up temporarily and leave him behind. “Last night was a sleepless night for us as we worried about him,” they said. But they returned to the neighborhood first thing in the morning, knowing the dog would be hungry, and maybe, just maybe, he would be easier to catch!

When they spotted the dog, they laid out a bigger trap with a pile of food. Donna Lochmann, lead rescuer at Stray Rescue of St. Louis, dropped a trail of food to the trap, hoping it would help convince the stray dog to go in. It didn’t look like it was going to work, but the moment Donna turned her back, the dog went in. “This time, he was desperate enough to squeeze into our biggest trap!”

They were so relieved to have him! Once back at their shelter, they named the dog Iceberg and shared a followup picture. 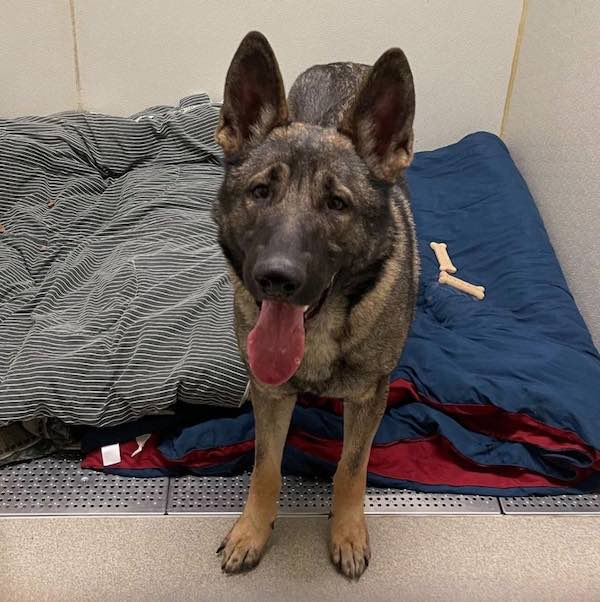 He looks so happy to be inside and warm. “Iceberg is ready to cuddle up in his big, fluffy blankets tonight,” Stray Rescue wrote. “He’s going to sleep sooo good!”

Hero Pit Bull Rescues Owner From Being Strangled By Intruder

Wild Fox Runs Up To House Cat, Looks Like He’s About To Attack, But Then Turns Into Unforgettable Video