Athena knows how to get attention.

When the sweet stray holds up her food bowl and makes puppy dog eyes at the people passing by, it’s impossible not to stop and give her some love. 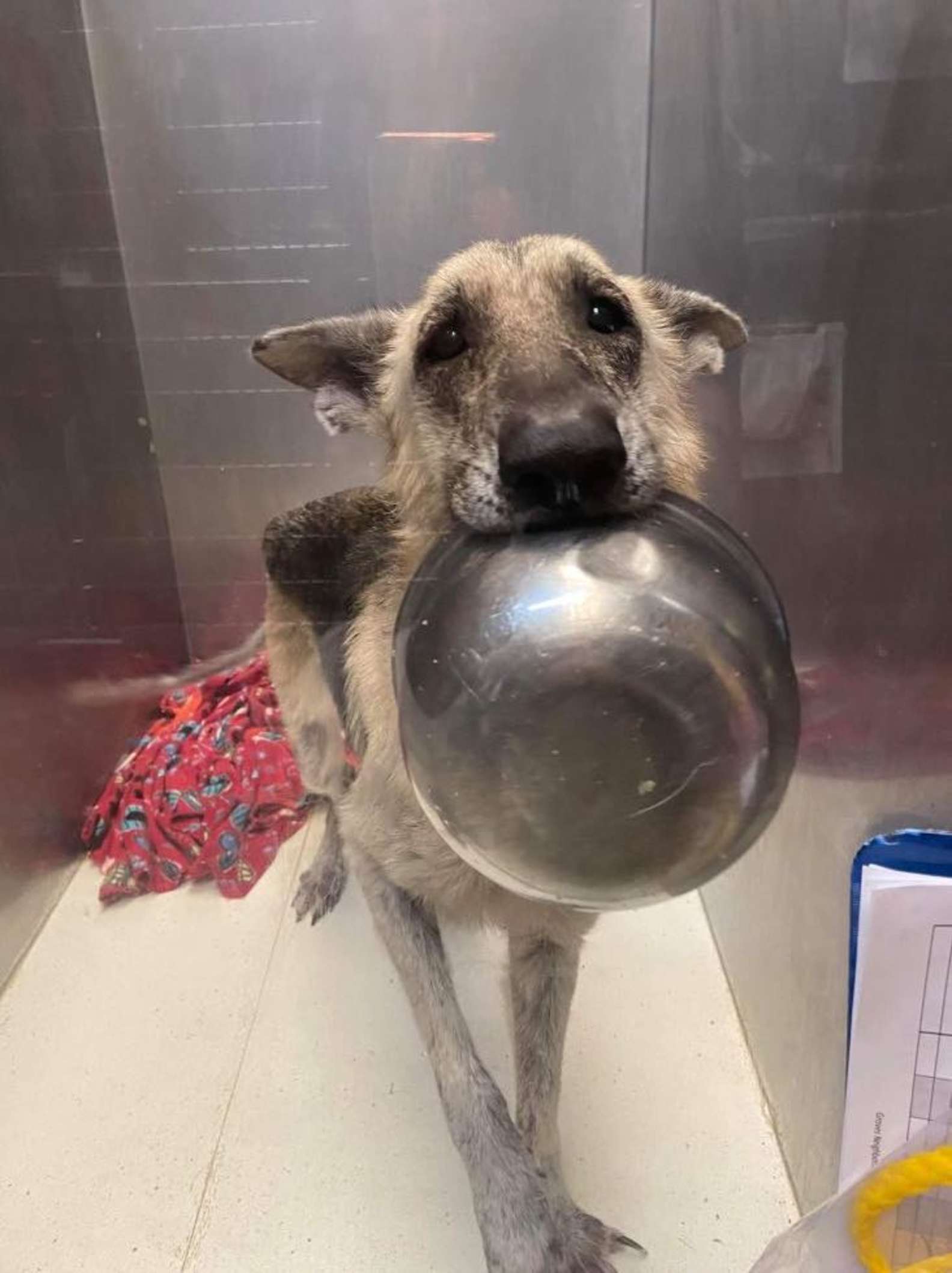 In September, construction workers spotted the 6-year-old German shepherd while walking to a job site in Southeast Texas. They gave the thirsty pup some water and notified the local rescue Be Intentional.

At the vet, an examination revealed that Athena was in rough shape: “She had a harness that was way too small for her that was removed,” Christie Kasko, founder of Be Intentional, told The Dodo. “She had every parasite in her system. She also has one of the worst cases of sarcoptic mange the vet has seen.” 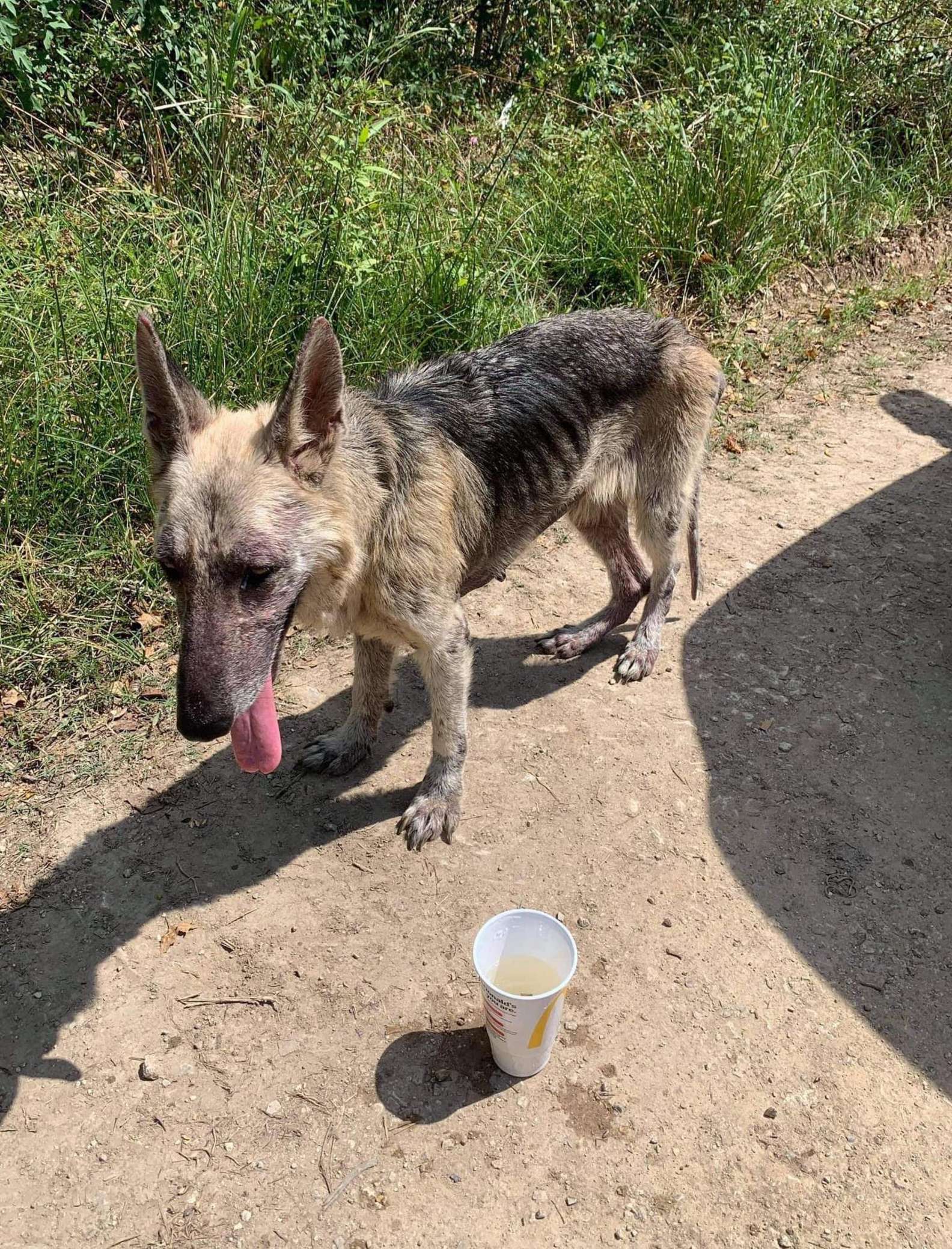 But despite everything, all Athena wants is to snuggle. “She is an absolute doll at the vet hospital,” Kasko said. “They have fallen in love with her.”

While Athena was being treated for multiple infections, she learned that the best way to get love and extra treats was to hold up her bowl whenever one of her carers walked by. No one could resist the gentle dog’s begging — especially, after all she’s been through. 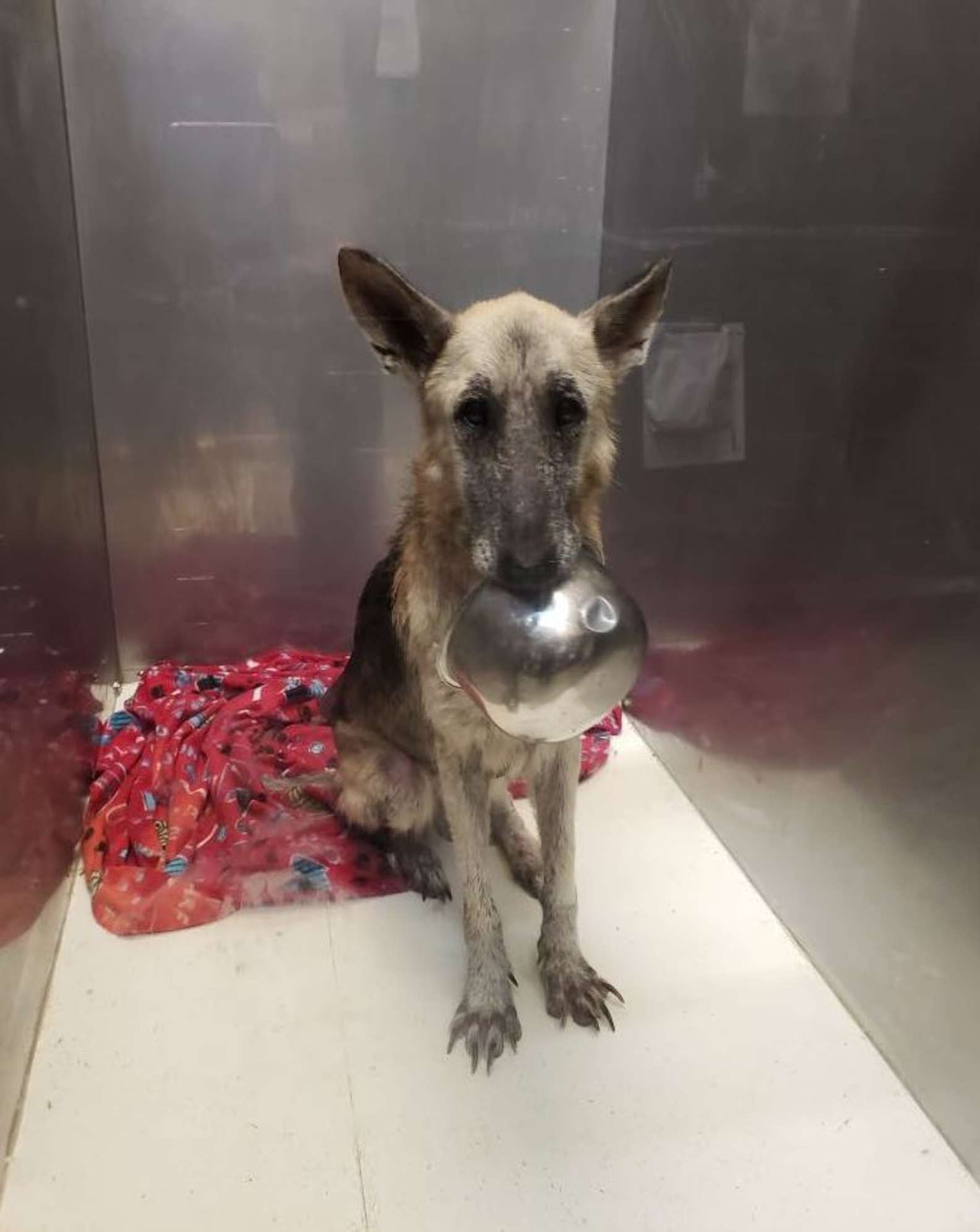 “She gets lots of attention and plenty of food,” Kasko said. “But she has figured out that holding her bowl with her cute little face tends to get her more cuddles.”

Be Intentional partnered with Sauver Des Chiens German Shepherd Dog Rescue to find Athena a caring foster who could help her get used to her new life. And slowly, Athena is learning to trust.

“She will be pampered to no end,” Karen Blanchard of Sauver Des Chiens told The Dodo. “She has an orthopedic bed, an open crate and lots of bowls to carry around.” 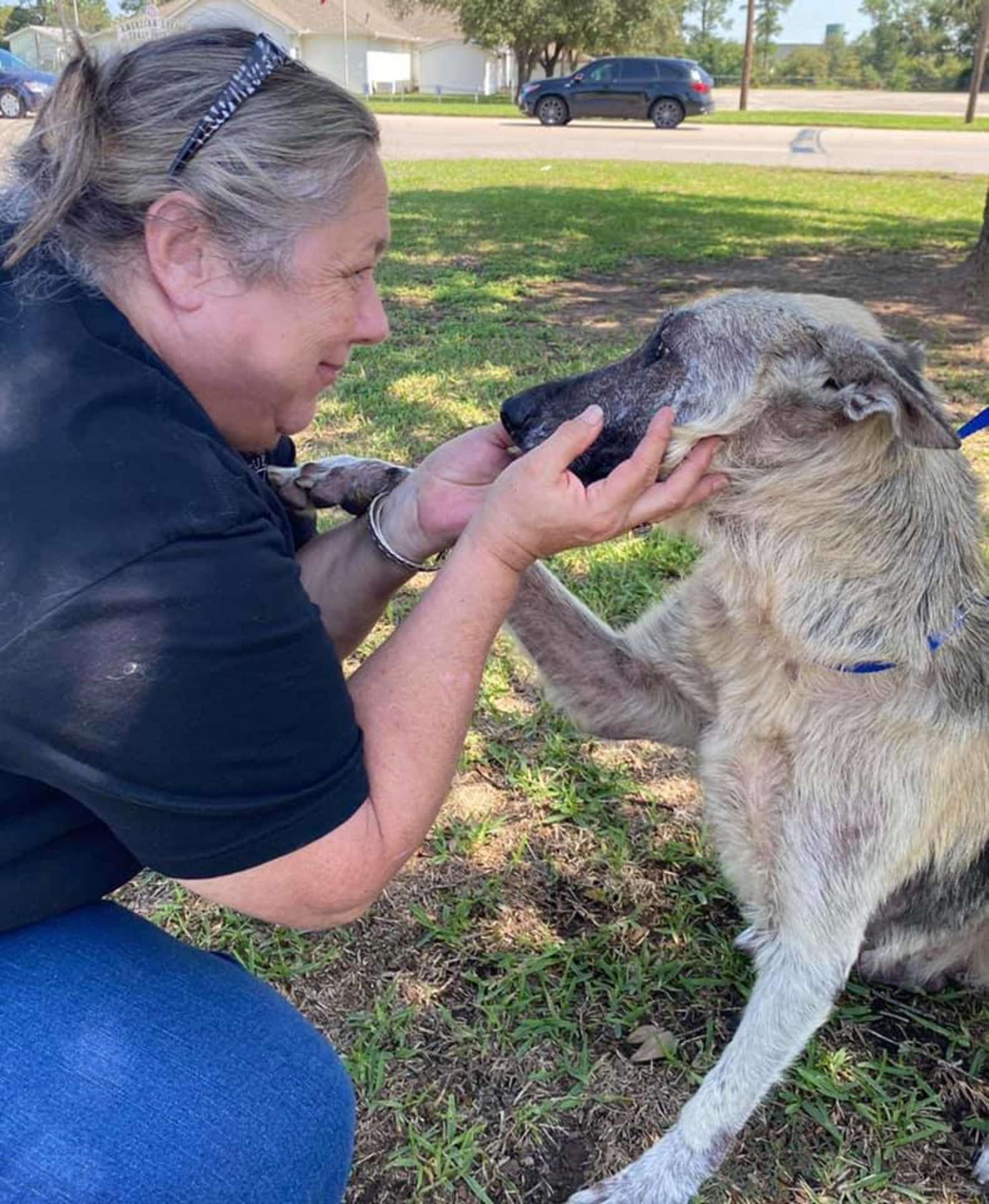 And soon, Athena will be ready to find her forever home. “She will continue healing and transition to a life with love and a family,” Kasko said. “Her life will be forever changed for the better.”

Abandoned Dog Sleeps On Human’s Jacket, Waiting For Their Return

Dog Found On Side Of Road Immediately Snuggles Her Rescuer

Loyal Dog Stands Outside Hospital For Days Waiting For His Dad