A kind man named Nelson Wilson saw a house finch frozen onto a steel fence when he was feeding horses. He said that he noticed a solitary sparrow perched upon the steel fence near the water tank on New Year’s morning.

“It is not uncommon for birds to drink from the heated tank. Apparently, this unfortunate bird had gotten its feet wet and, while making its exit, had become frozen to the fence in the prevailing near zero Idaho temperatures,” Wilson wrote. 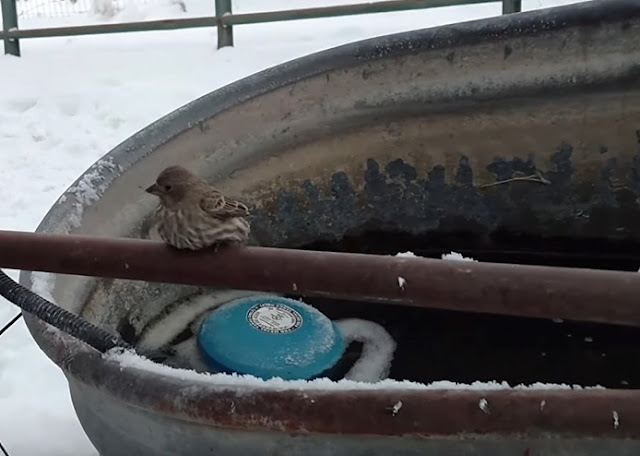 “First, I attempted to warm the feet of the frightened bird by pressing my palm against both the fence and the bird’s feet, while also gently restraining the bird’s flapping wings. It then seemed that warming the bird’s feet with my warm breath would bring quicker success.” And the man was right – it worked! “Gentle sideways motion with my thumb brought freedom for the frightened bird and a smile of satisfaction to my face…” Raccoon And Dog Swim Together, And Raccoon’s Action Has Made The Internet Fall In Love

Lost For 3-Years, He Howls With Joy When He Sees His Dad Standing In Front Of Him

Dog Digs A Large Hole Underneath A Grave, But It’s Not For Any Deceased Owner

Poor Dog Was Obese And Couldn’t Sleep After Being Overfed