Life has been many ups and downs. Some people fail in the face of adversity while others thrive. In many cases, they may emerge even stronger than they were before. The story below shows the way of two poor animals facing the world together. The two poor little things have met at the rescue. The tiny rabbit was only a couple of days old when arrived there, while his now inseparable friend was rescued a week later. “We received a call from a lady who had found a pigeon’s nest on the ground,” the group announced in a Facebook post. “In it was a newly hatched chick and an unhatched egg. Sadly, the egg was cold and no longer viable, but the little chick appeared to be unharmed from the fall.” 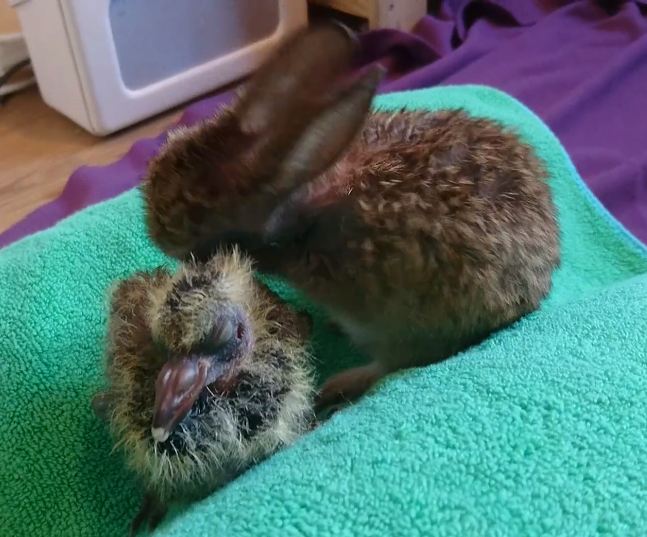 Since the two tiny creatures were both too young, the staff at the shelter were extremely doubtful they’re gonna make it. They both had to be put in an incubator and since the center only had one, they find a way to put them both there and separate them by a tiny wall. 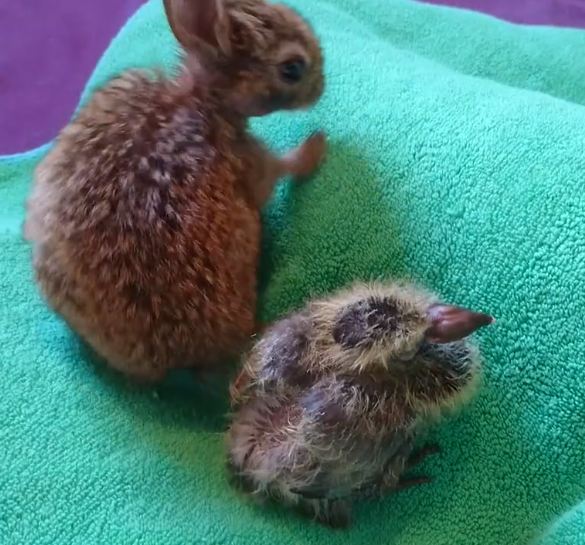 But a few hours later, when a carer went to check on them, the sight he witnessed hit him straight in the feels. The lovely tiny creatures were cuddling each other. They somehow managed to tear down the thing that separated them and started to hug each other. “Both babies fed and settled down well,” the group wrote. “Imagine our foster carer’s surprise when she next checked them and discovered that the divide had been overcome and these two had decided that life together was better than life apart.”

Since that moment, Bunny the rabbit and Pidg the pigeon became inseparable. Thanks to their special, unbreakable bond, they’ve both managed to make it through, beating all the odds. “The comfort of two heartbeats together, of companionship, has crossed the species divide,” the rescue wrote. “They are simply two little babies, finding comfort and warmth in each other’s company.”

Homeless Brave Puppy Gets Rescued Just Before A Rainstorm

Puppy Found Sick And Abandoned Has An Important Job Now

Cat With Missing Paws Loves To Snuggle With His Foster Mom